Little known volcanoes in one of Africa’s most stunning locations are to be explored in a bid to understand the threat they pose to life, livelihood and the landscape.

The region’s volcanoes, numbering more than 100, are shrouded in mystery. Dates of their last eruptions are mostly unknown and very few have detectors in place to highlight early signs of activity.

The human and financial cost could be huge if any of the volcanoes in the densely-populated and economically crucial area of Ethiopia’s main rift erupt without warning.

Researchers aim to understand past volcanic behaviour, search for signs of current activity and make a long-range eruptive forecast for the region. A recent report for the World Bank ranked 49 of Ethiopia’s 65 volcanoes in the highest category of hazard uncertainty.

The eruption of Nabro volcano on the Ethiopia-Eritrea border in 2011 was a reminder of the potential threat to the region. Despite lying in a remote and sparsely populated location and with no historical record of eruption, it claimed the lives of 32 people and displaced 5000 more. Prior to its eruption, the volcano was believed to be dormant. 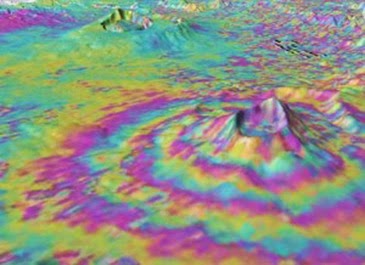 The five-year project, focusing on the on the volcanoes of the Main Ethiopian Rift, will be led by researchers from the Universities of Edinburgh and Bristol, in collaboration with the Universities of Cambridge, Leeds, Oxford and Southampton, the British Geological Survey, Addis Ababa University and the Geological Survey of Ethiopia. Overseas partners include Reykjavik Geothermal, which is part of a multi-billion dollar investment to develop the infrastructure to exploit this rich source of geothermal power.

The multi-disciplinary team will collect samples, map the geological record of previous eruptions and deploy geophysical instruments before analysing the data and creating models of the eruptive history, current states of unrest, and computing the likelihood of future eruptions. The team will also work on the best way of communicating their results to the relevant authorities and communities.


Dr Marie Edmonds from Cambridge’s Department of Earth Sciences will focus on the volcanoes along the rift which form caldera, or depressions formed at the top of inactive volcanoes. Working with other members of the consortium, Dr Edmonds will attempt to characterise how these highly explosive magma types are generated in the crust, how long it takes to ‘prime’ them to erupt, how they erupt, and what a large eruption from one of them might look like.

“This is the only place on Earth that you can observe a continent splitting apart with the associated volcanoes and earthquakes,” said Dr Edmonds. “It is also, of course, one of the poorest and least developed areas on Earth, with little access to volcano monitoring and hazard assessment.”

The £3.7 m project, known as RiftVolc, is funded by the Natural Environment Research Council and begins in September. It will build on previous successful studies in the region.

Project co-leader Professor Kathryn Whaler, of the University of Edinburgh's School of GeoSciences, said: “We look forward to tackling such a scientifically challenging and exciting problem. This is only possible because of excellent working relations with our Ethiopian colleagues who, with us, are committed to working on this societally

Contacts and sources:
University of Cambridge
on August 09, 2014