Curtin University planetary scientists have shed some light on the bombardment history of our solar system by studying a unique volcanic meteorite recovered in Western Australia.

Captured on camera seven years ago falling on the WA side of the Nullarbor Plain, the Bunburra Rockhole Meterorite has unique characteristics that suggest it came from a large asteroid that has never before been identified. 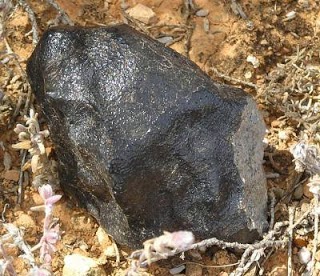 Associate Professor Fred Jourdan, along with colleagues Professor Phil Bland and Dr Gretchen Benedix from Curtin’s Department of Applied Geology, believe the meteorite is evidence that a series of collisions of asteroids occurred more than 3.4 billion years ago.

“Nearly all meteorites we locate come from Vesta, the second largest asteroid in the solar system. But after studying the meteorite’s composition and orbit, it appears it derived from a large, unidentified asteroid that was split apart during the collisions.”

The research team dated the meteorite with the argon-argon technique, a well-known method for dating impact crater events, to offer a glimpse of the asteroid’s impact history.

They obtained three series of ages indicating that the meteorite recorded three impact events between 3.6 billion and 3.4 billion years ago. 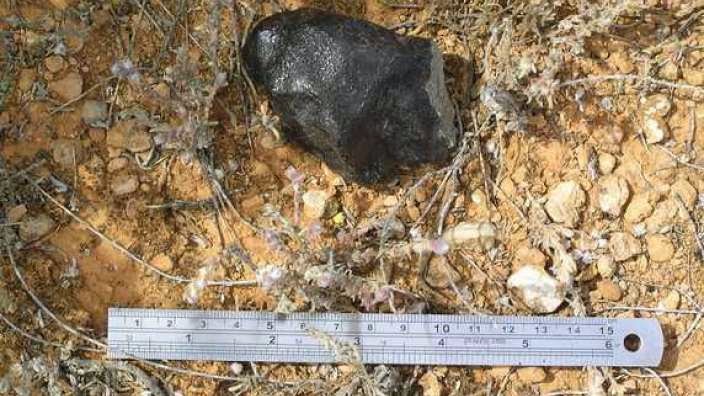 “These ages are pretty old by terrestrial standards, but quite young for a meteorite since most are dated at 4.57 billion years old, when the solar system began,” Dr Jourdan said.

“Interestingly, the results also showed that not a single impact occurred on this meteorite after 3.4 billion years ago until it fell to Earth in 2007.

“The same impact history has also been observed from meteorites originating from Vesta with any impact activity stopping after 3.4 billion years ago.

“Obtaining similar information from two large, yet distinct asteroids is an exciting discovery as it confirms some of the bombardment history of our solar system.”

Dr Jourdan said the reason for impacts stopping after 3.4 billion years ago could have been from the asteroids being too small in size to be a target for collisions, or protected by regolith, a thick blanket of cushiony powder usually found at the surface of asteroids.

The paper’s abstract, 40Ar/39Ar impact ages and time-temperature argon diffusion history of the Bunburra Rockhole anomalous basaltic achondrite was recently published in Geochimica and Cosmochimica Actaand is available at: http://www.sciencedirect.com/science/article/pii/S001670371400386X. A full version is available on request.