A new study provides an exciting insight into the Late Cretaceous and the diversity and distribution of the toothless 'dragon' pterosaurs from the Azhdarchidae family. The research was published in the open access journal ZooKeys.

The Azhdarchidan pterosaurs derive their name from the Persian word for dragon - Aždarha. Interestingly, this derived and rather successful group of pterosaurs included some of the largest known flying animals of all times, with a wingspan reaching between 10 and 12 m. 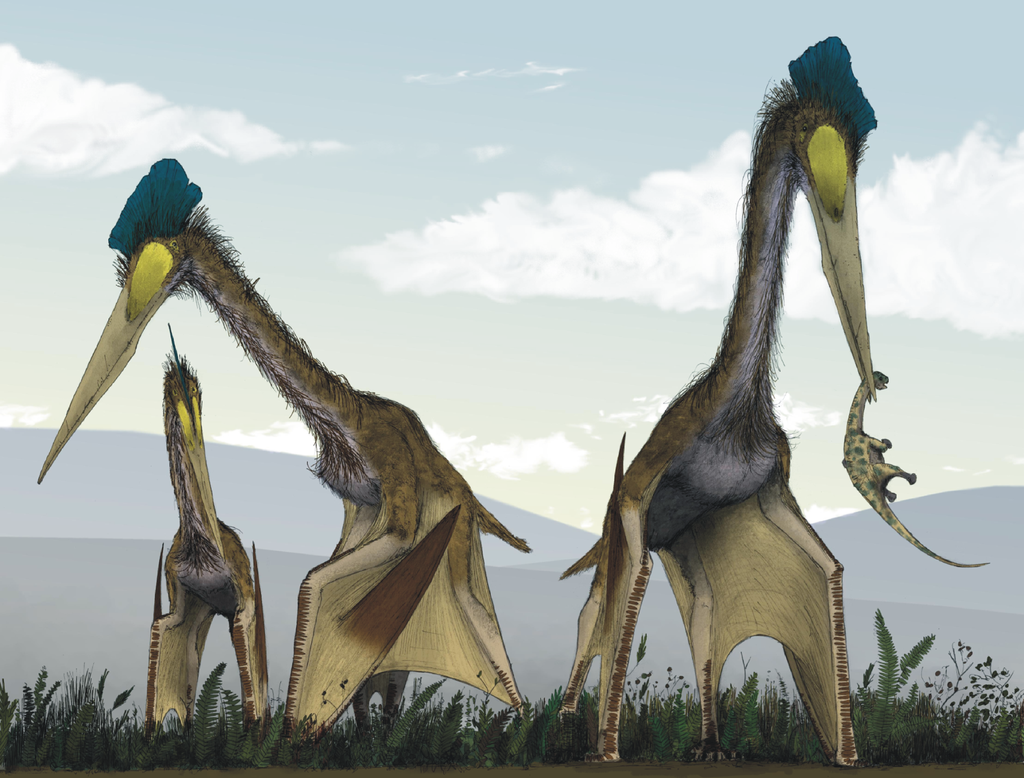 'Dragon' pterosaurs had a worldwide distribution once and were the last of their kind to survive on the planet, until some 60 mya. They dominated the skies during the Late Cretaceus and unlike their predecessors, were characteristically toothless.

"This shift in dominance from toothed to toothless pterodactyloids apparently reflects some fundamental changes in Cretaceous ecosystems, which we still poorly understand," comments the author of the study Dr Alexander Averianov, Zoological Institute of the Russian Academy of Sciences.

Generally fossil record of pterosaurs is patchy and confined mostly to sedimentary deposits known as Konservat-Lagerstätten where exceptional depositional conditions facilitated preservation of fragile pterosaur bones. Unfortunately, such Lagerstätten are very rare for the Late Cretaceous when most of the evolutionary history of Azhdarchidae took place, which makes these exciting creatures exceptionally hard to study.

"Azhdarchidae currently represent a real nightmare for paleontologists: most taxa are known from few fragmentary bones, which often do not overlap between named taxa, the few articulated skeletons are poorly preserved, and some of the best available material has remained undescribed for forty years." explains Dr Averianov about the difficulties studying the group.

Despite these difficulties, the number of localities were azhdarchidan pterosaurs were found is impressive and undoubtedly reflect the important role they played in the Cretaceous ecosystems. These flying giants likely inhabited a large variety of environments, but seem to have been abundant near large lakes and rivers and most common in nearshore marine environments.