A team of researchers at Michigan State University has developed a new type of solar concentrator that when placed over a window creates solar energy while allowing people to actually see through the window.

It is called a transparent luminescent solar concentrator and can be used on buildings, cell phones and any other device that has a clear surface.

And, according to Richard Lunt of MSU’s College of Engineering, the key word is “transparent.” 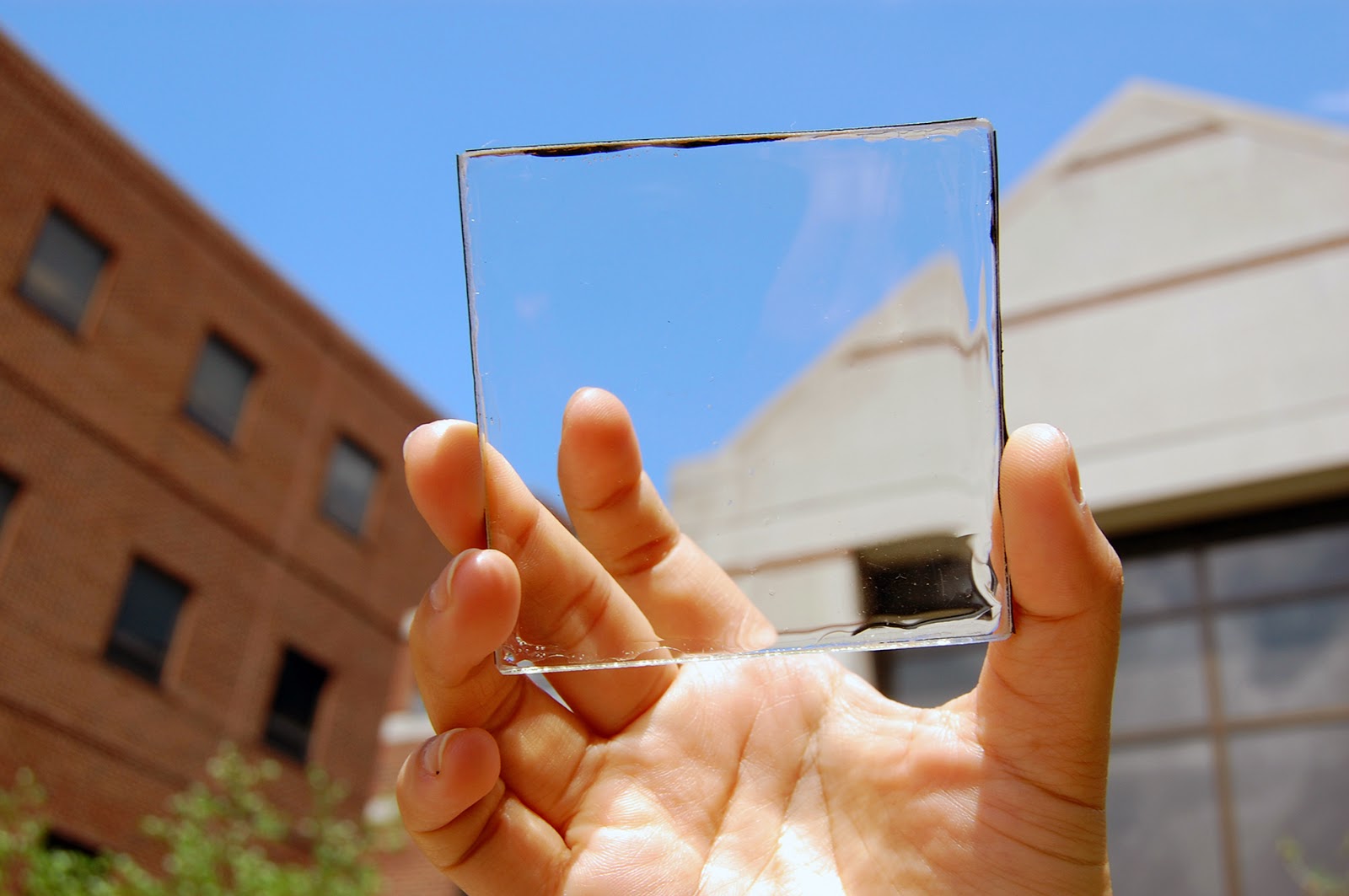 Research in the production of energy from solar cells placed around luminescent plastic-like materials is not new. These past efforts, however, have yielded poor results – the energy production was inefficient and the materials were highly colored.

“No one wants to sit behind colored glass,” said Lunt, an assistant professor of chemical engineering and materials science. “It makes for a very colorful environment, like working in a disco. We take an approach where we actually make the luminescent active layer itself transparent.”

“We can tune these materials to pick up just the ultraviolet and the near infrared wavelengths that then ‘glow’ at another wavelength in the infrared,” he said.

The “glowing” infrared light is guided to the edge of the plastic where it is converted to electricity by thin strips of photovoltaic solar cells. 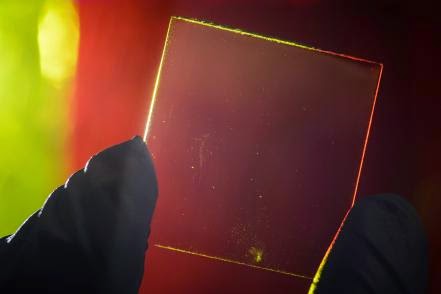 
“Because the materials do not absorb or emit light in the visible spectrum, they look exceptionally transparent to the human eye,” Lunt said.

One of the benefits of this new development is its flexibility. While the technology is at an early stage, it has the potential to be scaled to commercial or industrial applications with an affordable cost.

“It opens a lot of area to deploy solar energy in a non-intrusive way,” Lunt said. “It can be used on tall buildings with lots of windows or any kind of mobile device that demands high aesthetic quality like a phone or e-reader. Ultimately we want to make solar harvesting surfaces that you do not even know are there.”

Lunt said more work is needed in order to improve its energy-producing efficiency. Currently it is able to produce a solar conversion efficiency close to 1 percent, but noted they aim to reach efficiencies beyond 5 percent when fully optimized. The best colored LSC has an efficiency of around 7 percent.

The research was featured on the cover of a recent issue of the journal Advanced Optical Materials.