Rice U. Study: Stock Prices Of Companies That Use The Same Underwriter Tend To Move Together

The stock prices of companies that use the same lead underwriter during their equity offerings tend to move together, according to a new study by financial economics experts at Rice University and the University of Alabama.

“We tested the hypothesis that investment banking networks affect stock prices and trading behavior,” said James Weston, a professor of finance at Rice’s Jones Graduate School of Business. “Consistent with the notion that investment banks such as Goldman Sachs and Merrill Lynch serve as information hubs for segmented groups of investors, the stock prices of companies that use the same lead underwriter during their equity offerings tend to move together.” 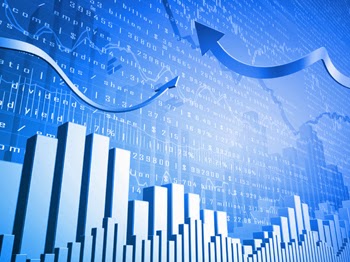 An equity offering is an invitation by an underwriter to the general public or a select group of investors to buy a new issue of a company’s common stock.

Weston said the magnitude of the effect is similar to the “co-movement” that research has linked to share price, stock index inclusion, specific industry or geography. He co-authored the paper with Jones School colleague Gustavo Grullon, a professor of finance, and Shane Underwood, an associate professor of finance at the University of Alabama’s Culverhouse College of Commerce. It was published in the July issue of the Journal of Financial Economics.

The authors provided an example to illustrate their findings: “Goldman Sachs underwrites equity offerings by firms A, B and C. In its road show, it conveys information about the firms to a set of investors, IGoldman, who subsequently buy shares in A, B and C. JPMorgan similarly underwrites offerings by a different set of firms (D, E and F) and markets them to a different set of investors, IMorgan.” Weston said as long as these two sets of investors do not share any information about firm fundamentals, the trading behavior of these two separate sets of investors can lead to correlations in asset prices that are driven by correlated buying and selling pressure within the investor set.

The authors also found that when firms switch underwriters between their initial public offering (IPO) and a seasoned equity offering (SEO), they co-move less with the stocks associated with the old bank and more with the stocks associated with the new bank. “This change in co-movement is greater for stocks completing their first SEO and for those experiencing large changes in institutional ownership,” Weston said.

The authors illustrated this phenomenon using their initial example. “Now suppose an exogenous force causes firm F to switch underwriters for its next security offering, and it moves from JPMorgan to Goldman,” they wrote. “Now, IGoldman obtains better information about firm F than IMorgan, which causes the stock returns of firm F to move less with D and E (its old network) and more with A, B and C (its new network).”

The authors said their results are likely driven by the existence of distinct clienteles or networks of segmented investors created by privileged information flow between the investment bank and investors. “While it has long been noted that investment banking relations can create such information channels, we present new evidence that this has an effect on asset prices and trading behavior through co-movement,” they said. In other words, companies are not just hiring an investment bank; they are hiring for future performance.

“In general, the results in this paper highlight the importance of investor networks on asset prices, and they underscore the effect of networks on the institutional investors’ demand for stocks,” the authors wrote.

To arrive at their findings, the authors created two samples of all equity offerings between 1980 and 2008 from the Securities Data Corporation Platinum database. The first sample consisted of 2,540 IPOs in which a firm uses a single lead underwriter. The second sample contained 2,869 SEOs in which a single underwriter leads both the SEO and the previous equity offering. Among the sample of SEOs, 1,511 used the same bank from the previous offering and 1,358 switched investment banks