Scientists from the Alfred Wegener Institute, Helmholtz Centre for Polar and Marine Research (AWI), have found between Greenland and Spitsbergen the scours left behind on the sea bed by gigantic icebergs. The five lineaments, at a depth of 1,200 metres, are the lowest-lying iceberg scours yet to be found on the Arctic sea floor.

Drifting icebergs only show one tenth of their volume above the ocean’s surface. 90 per cent of its mass are hidden below. 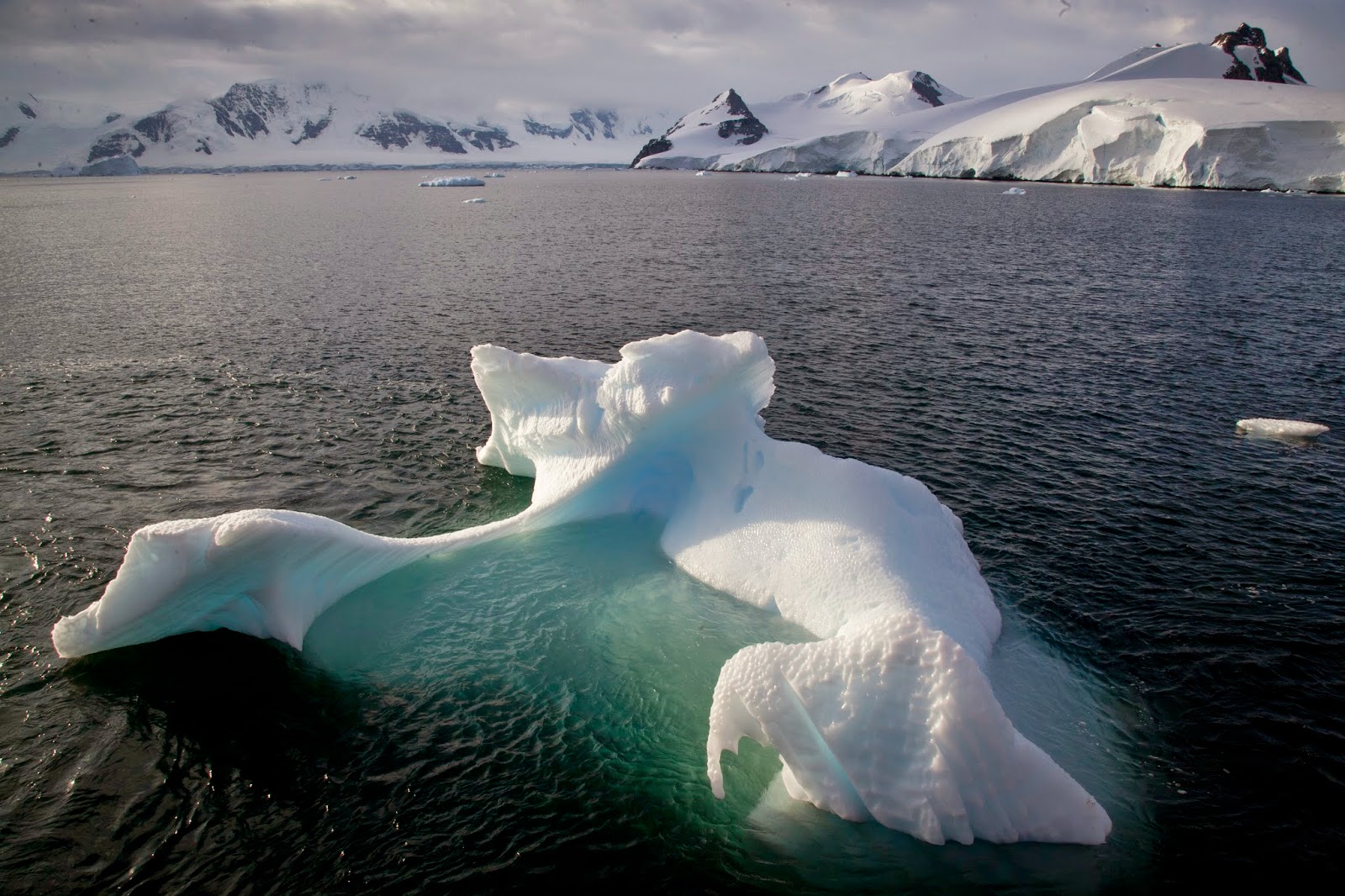 This finding provides new understanding of the dynamics of the Ice Age and the extent of the Arctic ice sheet thousands of years ago. In addition, the researchers could draw conclusions about the export of fresh water from the Arctic into the North Atlantic. The AWI scientists have published their findings in the online portal of the scientific journal Geophysical Research Letters.

“Whenever icebergs run aground, they leave scours on the seabed. Depending on their depth and location, those markings may continue to exist over long periods of time,” explained Jan Erik Arndt, AWI bathymetrician and lead author for this paper.

Today the biggest icebergs are found in Antarctic waters. Their bodies reach a water depth up to 700 metres, which means that they are much smaller than those massive giants that left the newly discovered marks on the Hovgaars Ridge.

It is traces exactly like this that he, together with three colleagues at AWI, discovered on the Hovgaard Ridge. The Hovgaard Ridge is a plateau in the deep Arctic Sea, located a good 400 kilometres off of Greenland’s eastern coast. Found at a depth of 1,200 metres the five lineaments are the deepest iceberg scours found to date in the Arctic. The scours are as much as four kilometres long and 15 metres in depth. “Such scours are a window into the past. Thanks to these iceberg scours we now know that a few very large, but also many smaller icebergs, passed across the Hovgaard Ridge,” the scientist said.

The discovery of the scours on Hovgaard Ridge was fortuitous and by no means the result of a defined search. Jan Erik Arndt and his colleagues discovered the lineaments when examining bathymetric data from the year 1990. The data were collected by the research ship Polarstern while preparing cartography for the Fram Strait. “When we examined the data once again and in greater detail, we became aware of the scours. Given their depth, it quickly became clear that we had found something very interesting,” says Jan Erik Arndt.

The scientists today work with better hardware and software than what was available in the 1990s. This new technology allows closer scrutiny of the old data. That is why the scours have surfaced on the scientists’ monitors only now, 24 years after the data were collected.

The scientists can, however, only roughly bracket the period within which the icebergs scoured the ridge crest. It is clear, however, that it must have taken place within the past 800,000 years. Since sea level during the glacial period was a good 120 metres lower than today, the icebergs reached to a depth of at least 1,080 metres below sea level. Since about a tenth of an iceberg will, as a rule, be exposed, AWI scientists estimate the height of the iceberg to be roughly 1,200 metres – about three times the height of the Empire State Building. “To calve such megascale icebergs, the edge of the ice sheet covering the Arctic Ocean must have been at least 1,200 metres thick,” Jan Erik Arndt notes.

One of the very few blue icebergs, one can find in Antarctic waters.

Today scientists search in vain for such megascale icebergs. “We currently find the largest icebergs in the Antarctic. The very biggest reach only 700 metres below the water’s surface,” noted the bathymetrician. One remaining riddle is the birthplace of the massive icebergs that scraped Hovgaard Ridge. The AWI scientists suggest that two areas off the northern coast of Russia are the most likely sites.

The researchers are interested in these scours not only because of the size of the icebergs. The traces have caused a flare up in the old discussion about how fresh water was transported from the Arctic and into the Atlantic Ocean. In the past, some scientists assumed that thick sea ice was primarily responsible for fresh water export from the Arctic. The newly discovered scours, however, support another hypothesis: Large icebergs drifted southward through the Fram Strait, carrying large volumes of frozen fresh water into the North Atlantic.
(a) Bathymetric overview map of Fram Strait based on International Bathymetric Chart of the Arctic Ocean (IBCAO) 3.0 [Jakobsson et al., 2012]. (b) Planar view of gridded ARK-VII/3a bathymetric data on Hovgaard Ridge with identified scours (black dashed lines) and the location of dated cores (star) and undated cores (circle). (c) Three-dimensional view of the bathymetry.

Numerous studies make the increased imports of fresh water responsible for the end of North Atlantic deep water formation at the close of the last ice age. As a consequence, the Gulf Stream ebbed, making for drastic cooling in Europe. Since the currents in the Atlantic are an important engine, driving the global system of circulation, the effects were perceived around the world. “The fact that icebergs of this order of magnitude were driven from the Arctic is clear evidence that icebergs played a more serious role in freshwater imports than what we had previously assumed,” Jan Erik Arndt concludes.


The technical article appeared in the online edition of Geophysical Research Letters: