One of the human body's first responses to a viral infection is to make and release signaling proteins called interferons, which amplify the immune system response to viruses. Over time, many viruses have evolved to undermine interferon's immune-boosting signal, and a paper published today in the journal Cell Host & Microbe describes a mechanism unique to the Ebola virus that defeats attempts by interferon to block viral reproduction in infected cells.

The newly published study explains for the first time how the production by the virus of a protein called Ebola Viral Protein 24 (eVP24) stops the interferon-based signals from ramping up immune defenses. With the body's first response disabled, the virus is free to mass produce itself and trigger the too-large immune response that damages organs and often becomes deadly as part of Ebola virus disease (EVD).

"Our study is the first to show how Ebola viral protein 24 defeats the signal sent by interferons, the key signaling molecules in the body's early response to Ebola virus infection," said Christopher F. Basler, PhD, Professor of Microbiology at the Icahn School of Medicine at Mount Sinai, and an author of the newly published paper. "These newfound details of Ebola biology are already serving as the foundation of a new drug development effort, albeit in its earliest stages," said Dr. Basler, also a researcher within the Mount Sinai Global Health and Emerging Pathogens Institute.

"We've known for a long time that infection with Ebola virus obstructs an important arm in our immune system that is activated by molecules called interferons," said senior author Gaya Amarasinghe, PhD, Assistant Professor of Pathology and Immunology at Washington University School of Medicine in St. Louis. "By determining the structure of an eVP24 in complex with a cellular transporter, we learned how Ebola does this."

The study spotlights the part of the body's defense system that fights infection called innate immunity, the mix of proteins and cells that most quickly recognizes an invasion by a virus. This part of immunity keeps a virus from quickly reproducing inside cells. 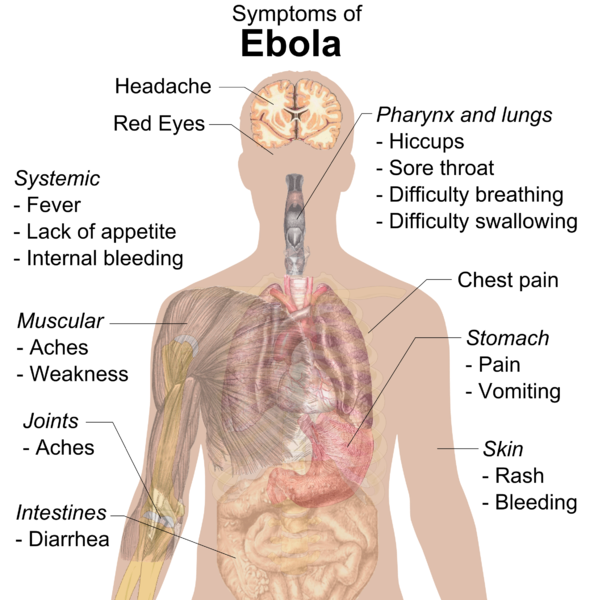 To trigger an effective, early response to viral infection, interferons must pass on their signal to other cells. This occurs through other messengers inside cells as part of interferon signaling pathways, with the last of these messengers turning on genes inside the nuclei of cells to drive the immune response.

The current study determined the structure of eVP24 when bound to its cellular targets, transport proteins called karyopherins. The study used these structures to show how, in place of interferon's natural downstream signal carrier phosphorylated STAT1, eVP24 docks into the karyopherins meant to escort STAT1 into cell nuclei where it turns on interferon-targeted genes. By elegantly interfering at this stage, eVP24 cripples innate immunity to cause EVD.

In 2006, Dr. Basler and colleagues found that the Ebola virus suppresses the human immune response through eVP24, but not how. Through of combination of molecular biology techniques, cell studies and tests that reveal protein structures, the current team led by Dr. Amarasighe defined the molecular basis for how eVP24 achieves this suppression.

Understanding exactly how the Ebola virus targets the interferon pathway could help guide drug development moving forward. Dr. Basler describes how it may be possible to find an antibody or molecule that interferes with eVP24, or that works around its competition with STAT1, such that treatment of patients with extra interferon, long used against the hepatitis C virus for instance, might become useful against the Ebola virus.

"We feel the urgency of the present situation, but still must do the careful research to ensure that any early drug candidates against the Ebola virus are proven to be safe, effective and ready for use in future outbreaks," said Dr. Basler, who is also principal Investigator of an NIH-funded Center of Excellence for Translational Research (CETR) focused on developing drugs to treat Ebola virus infections.
###