Did An Exceptional Iceberg Sink The Titanic?

The iceberg thought to have been hit by Titanic, photographed by the chief steward of the liner Prinz Adalbert on the morning of 15 April 1912. The iceberg was reported to have a streak of red paint from a ship's hull along its waterline on one side. 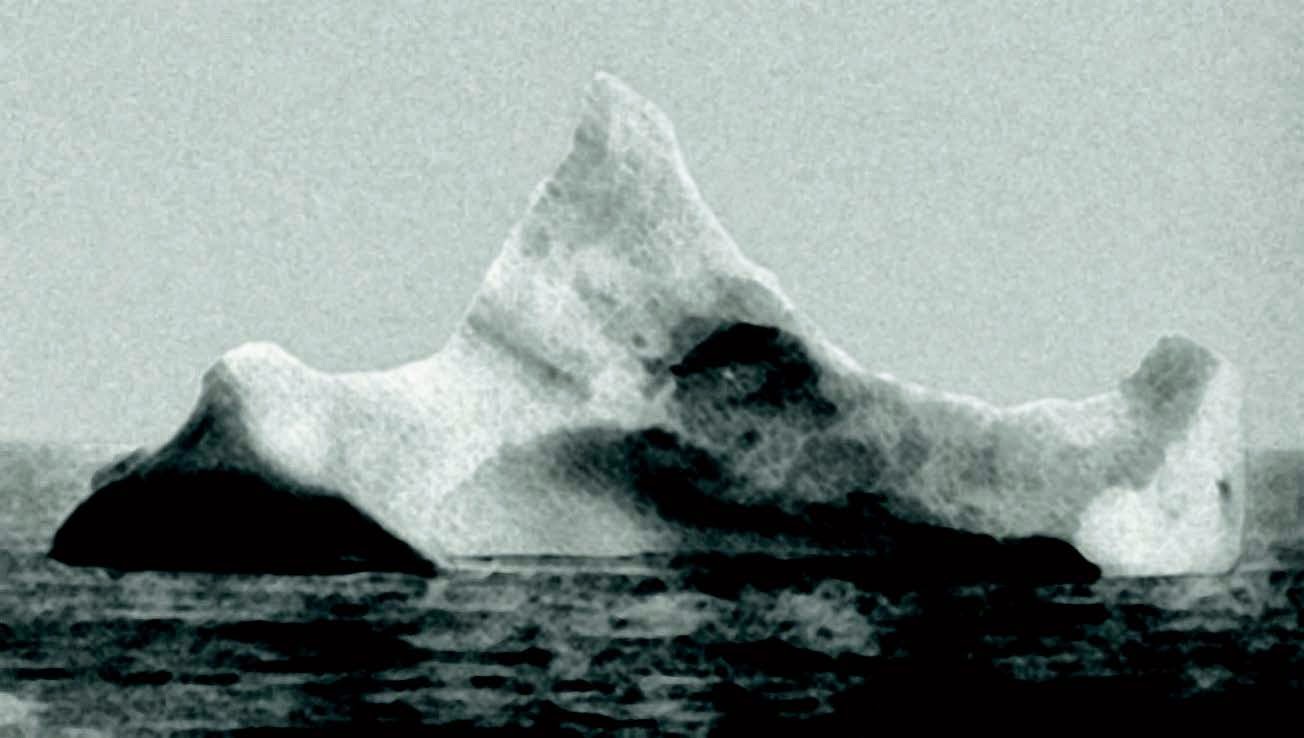 While the sinking of the Titanic in 1912 is typically blamed on human, design and construction errors, a new Significance paper points to 2 other unfavorable factors outside human control: there were a greater number of icebergs than normal that year, and weather conditions had driven them further south, and earlier in the year, than was usual.

The average sea-ice limit for April 1979–2013 (dotted), a typical Newfoundland maximum sea-ice limit for the early twentieth century (dashed and denoted as 1912) and the maximum iceberg limit for 1900–2000 are shown, in addition to the 48°N line. The location of the Titanic collision is shown by an "X". The blue shading shows depth, with the lightest blue denoting the continental shelf (< 1000 m depth)

The paper also notes that iceberg discharge from glaciers is increasing, with more heavy iceberg years since the 1980s than before, and increasing global warming will likely cause this trend to continue.

“As use of the Arctic increases in the future with declining sea-ice, and as polar ice sheets are increasingly losing mass as well, the iceberg risk is likely to increase in the future, rather than decline,” said co-author Professor Grant Bigg.