In some women abnormally high levels of a common and pervasive chemical may lead to adverse effects in their offspring. The study, published recently in the Journal of Clinical Endocrinology & Metabolism, is the first of its kind to shed light on the possible harmful side effects of perchlorate in mothers and their children.

Using data from the Controlled Antenatal Thyroid Study (CATS) cohort, researchers at Boston University School of Medicine (BUSM) and Cardiff University studied the effect of perchlorate, an environmental contaminant found in many foods and in some drinking water supplies, and its effects on children born to mothers with above average levels of this substance in their system.

They studied 487 mother-child pairs from women with underactive thyroid glands and in the 50 women with the highest levels of perchlorate in their body, their offspring had below average IQ levels when compared to other children. 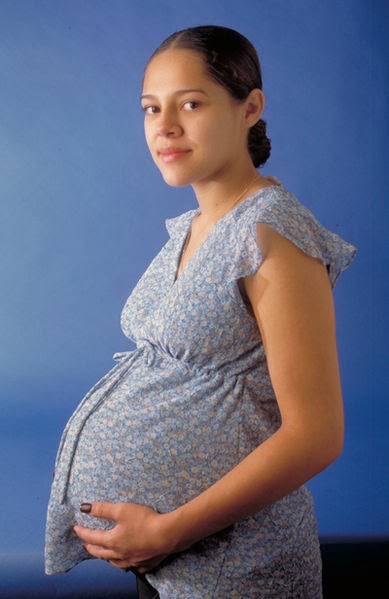 "The reason people really care about perchlorate is because it is ubiquitous. It's everywhere," said Elizabeth Pearce, MD, MSc, associate professor of medicine at BUSM. "Prior studies have already shown perchlorate, at low levels, can be found in each and every one of us."

Perchlorate is a compound known to affect the thyroid gland, an organ needed to help regulate hormone levels in humans. According to Pearce previous studies have attempted to implicate this anti-thyroid activity in pregnant mothers as a possible cause of hypothyroidism, or an underactive thyroid gland. Hypothyroidism in newborns and children can lead to an array of unwelcome side effects, including below average intelligence.

On February 11, 2011, the U.S. Environmental Protection Agency (EPA) issued a "regulatory determination" that perchlorate meets the Safe Drinking Water Act criteria for regulation as a contaminant. The agency found that perchlorate may have an adverse effect on the health of persons and is known to occur in public water systems with a frequency and at levels that it presents a public health concern. As a result of EPA's regulatory determination, it began a process to determine what level of contamination is the appropriate level for regulation. The EPA prepared, as part of its regulatory determination, extensive responses to submitted public comments. The "docket ID" for EPA's regulatory action is EPA-HQ-OW-2009-0297 and can be found on regulations.gov.