Fish species native to a major Arizona watershed may lose access to important segments of their habitat by 2050 as surface water flow is reduced by the effects of climate warming, new research suggests.

Most of these fish species, found in the Verde River Basin, are already threatened or endangered. Their survival relies on easy access to various resources throughout the river and its tributary streams. The species include the speckled dace (Rhinichthys osculus), roundtail chub (Gila robusta) and Sonora sucker (Catostomus insignis). 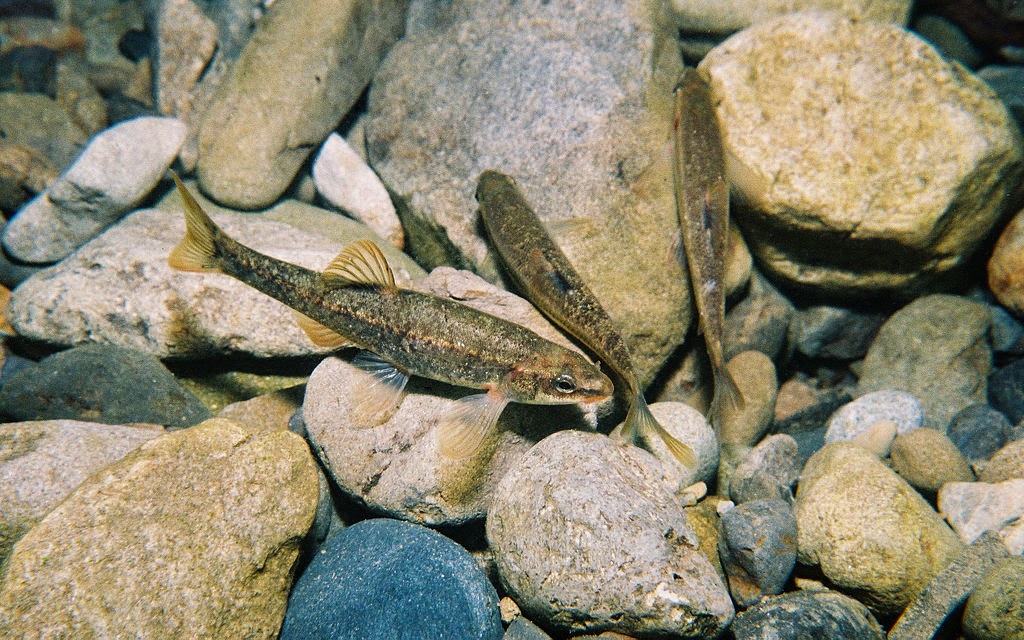 A key component of these streams is hydrologic connectivity – a steady flow of surface water throughout the system that enables fish to make use of the entire watershed as needed for eating, spawning and raising offspring.

“We have portions of the channel that are going to dry more frequently and for longer periods of time,” said lead author Kristin Jaeger, assistant professor in The Ohio State University School of Environment and Natural Resources. “As a result, the network will become fragmented, contracting into isolated, separated pools.

“If water is flowing throughout the network, fish are able to access all parts of it and make use of whatever resources are there. But when systems dry down, temporary fragmented systems develop that force fish into smaller, sometimes isolated channel reaches or pools until dry channels wet up again.”

This study covers climate change’s effects on surface water availability from precipitation and temperature changes. It does not take into account any withdrawals of groundwater that will be needed during droughts to support the estimated 50 percent or more increase in Arizona’s population by 2050.

“These estimates are conservative,” said Jaeger, who conducted the study with co-authors Julian Olden and Noel Pelland of the University of Washington. The study is published in the Proceedings of the National Academy of Sciences.

The researchers used a rainfall runoff model, the Soil and Water Assessment Tool (SWAT), which incorporates the study basin’s elevation, terrain, soil, land use, vegetation coverage, and both current and future climate data, including precipitation and temperature.

“It’s a hydrological model that routes water received from precipitation through the landscape, a portion of which eventually becomes streamflow in the river,” Jaeger said. “We partitioned the watershed into many smaller pieces all linked to each other, with nodes placed 2 kilometers apart throughout the entire river network to evaluate if that portion of the river channel at an individual node supported streamflow for a given day.”

Jaeger describes the river network, as envisioned by this model, as a mosaic of wet and dry patches. Piecing data from all of those nodes together, the researchers established an index of connectivity for the entire watershed, which predicts that the mid-century and late-century climate will reduce connectivity by 6 to 9 percent over the course of a year and by up to 12 to 18 percent during spring spawning months.

“The index decreases that are predicted by the model will affect spawning the most,” said Jaeger, who also holds an appointment with the Ohio Agricultural Research and Development Center. “During the spring spawning period, fish are more mobile, traveling longer distances to access necessary habitat. Projected decreased connectivity compromises access to different parts of the network.”

Flowing portions of the system will diminish between 8 and 20 percent in spring and early summer, producing lengthier channels that will dry more frequently and over longer periods of time. These changes will reduce available habitat for fish and force them to travel longer distances for resources once channels rewet, Jaeger said.

The fish are already subject to stressors on the system, including both surface and groundwater extraction for irrigation and drinking water, loss of habitat and the introduction of nonnative species that prey on the native fish, Jaeger noted. The overall system’s connectivity is also already compromised, as well, because of existing dry conditions in the American Southwest.

“These fish are important cogs in the wheel of this greater ecosystem,” Jaeger said. “Loss of endemic species is a big deal in and of itself, and native species evaluated in this study are particularly evolved to this watershed. In this river network that currently supports a relatively high level of biodiversity, the suite of endemic fish species are filling different niches in the ecosystem, which allows the system to be more resilient to disturbances such as drought.

“If species are pushed over the edge to extinction, then what they bring to the ecosystem will be lost and potentially very difficult to replace.”

This project was funded by the Department of Defense Strategic Environmental Research and Development Program.