Forget everything you know about what a loudspeaker should look like. Scientists at Disney Research, Pittsburgh have developed methods using a 3D printer to produce electrostatic loudspeakers that can take the shape of anything, from a rubber ducky to an abstract spiral. 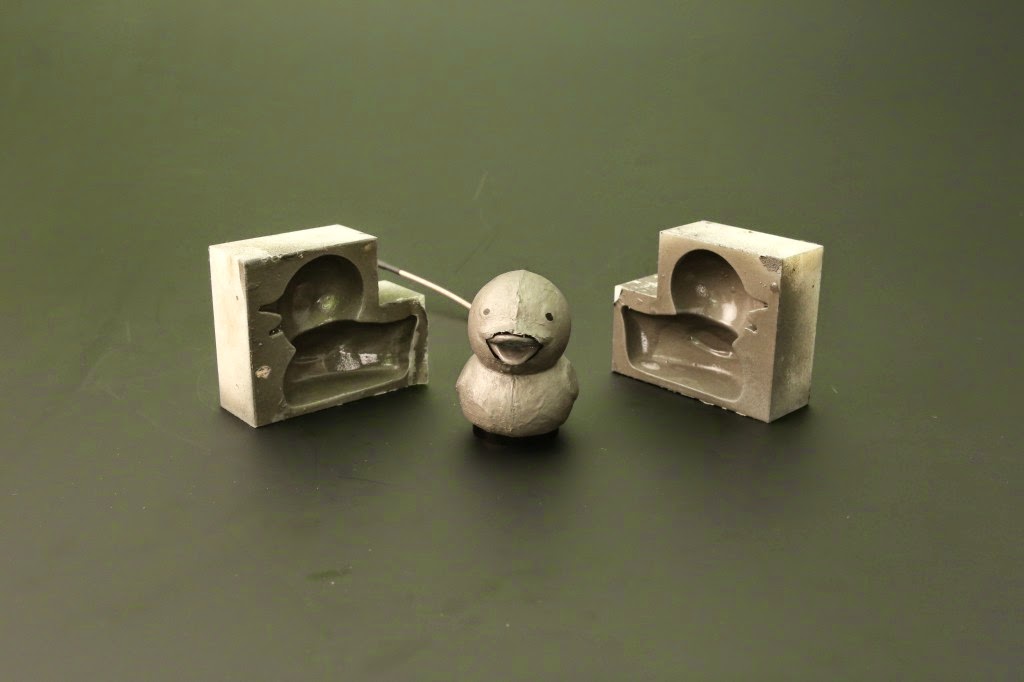 The simple speakers require little assembly, but even those few manual steps might be eliminated in the future, said Yoshio Ishiguro, a Disney Research, Pittsburgh post-doctoral associate. "In five to 10 years, a 3D printer capable of using conductive materials could create the entire piece," he predicted.

The method developed by Ishiguro and Ivan Poupyrev, a former Disney Research, Pittsburgh principal research scientist, was presented April 29 at the Conference on Human Factors in Computing Systems (CHI) in Toronto.

The speaker technology could be used to add sound to any number of toys or other objects. Because the same speakers that produce audible sound also can produce inaudible ultrasound, the objects can be identified and tracked so that they can be integrated into games and other interactive systems. The objects can be touched or held in a user's hand without a noticeable decrease in sound quality, so simple tactile feedback may also be possible.

The speakers are based on electrostatic speaker technology that was first explored in the early 1930s, but never widely adopted. This type of speaker is simpler than conventional electromagnetic speakers and includes no moving parts, which makes it suitable for producing with a 3D printer.

This type of speaker has relatively little bass response, but does a good job of producing high-frequency sounds, such as chirping birds, computer-generated blips and even the human voice. Sound reproduction of up to 60 decibels is possible – an appropriate level for small objects.

"What's more, it can generate sound across the entire face of the speaker," Ishiguro noted. That makes it possible to not only produce directional, cone-shaped speakers but also omnidirectional speakers in which the entire 3D surface emits sound.

Also, the speakers can be built with any number or configuration of electrodes; placing multiple electrodes in a curved speaker, for instance, makes it possible to vary the direction of the sound emitted.

Ishiguro and Poupyrev created conductive surfaces by spraying a nickel-based conductive paint and developed a method for making full-body compliant diaphragms using negative molds produced by 3D printing and spraying them with the conductive paint and with a polyethylene coating. Once multi-material 3D printers are developed that can print functional electrical circuits and electrodes, these manual steps could be eliminated.