Trap-jaw ant species are active hunters with venomous stings and jaws powerful enough to fling themselves through the air. According to new research, they are also spreading into new territory in the southeastern United States. The research was done by scientists at North Carolina State University, the Mississippi Entomological Museum, the University of California, Davis and Archbold Biological Station.'' 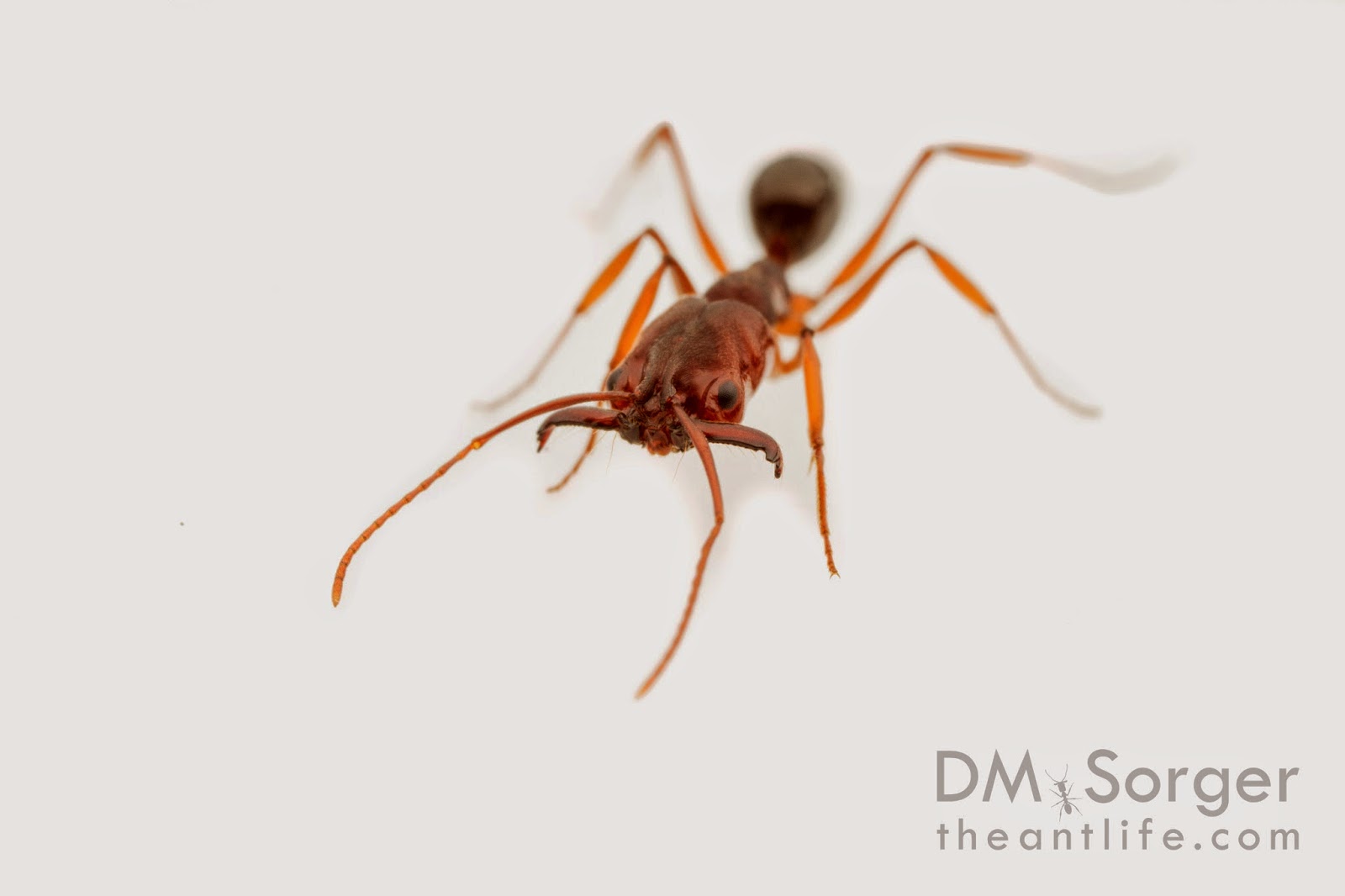 “The fact that some of these species are spreading is interesting, in part, because these giant ants have managed to expand their territory without anyone noticing,” says Magdalena Sorger, a Ph.D. candidate at NC State and co-author of a paper describing the ant species. “We know very little about these ants, including how they interact with native ant species in the areas they’re invading.”

The new paper offers a broad overview of trap-jaw ant species – all of which are in the genus Odontomachus – in the United States. The paper is designed to help scientists identify which species of trap-jaw ants they’re dealing with. While the paper draws on previously published research, it also includes new findings.

The paper is the first scientific article establishing the presence of the speciesO. haematodus in the United States. Native to South America, haematodus was first unofficially recorded in Alabama in 1956. But the researchers found that the species has now spread across the Gulf Coast, at least as far east as Pensacola, Florida.

“Haemotodus is particularly interesting because it is larger and more aggressive than other trap-jaw ants in the United States,” Sorger says.

The researchers also found that O. ruginodis has been expanding its territory.

As recently as a few years ago, ruginodis was thought to be confined to the Orlando region, and points south. “I foundruginodis in landscaped areas near buildings – outside a mall, outside my hotel – usually in the mulch underneath hedges,” Sorger says. But now Sorger has confirmed a record of ruginodis more than a hundred miles north of Orlando, in Gainesville. “The species could have traveled even farther than Gainesville, but no one has looked for it.” 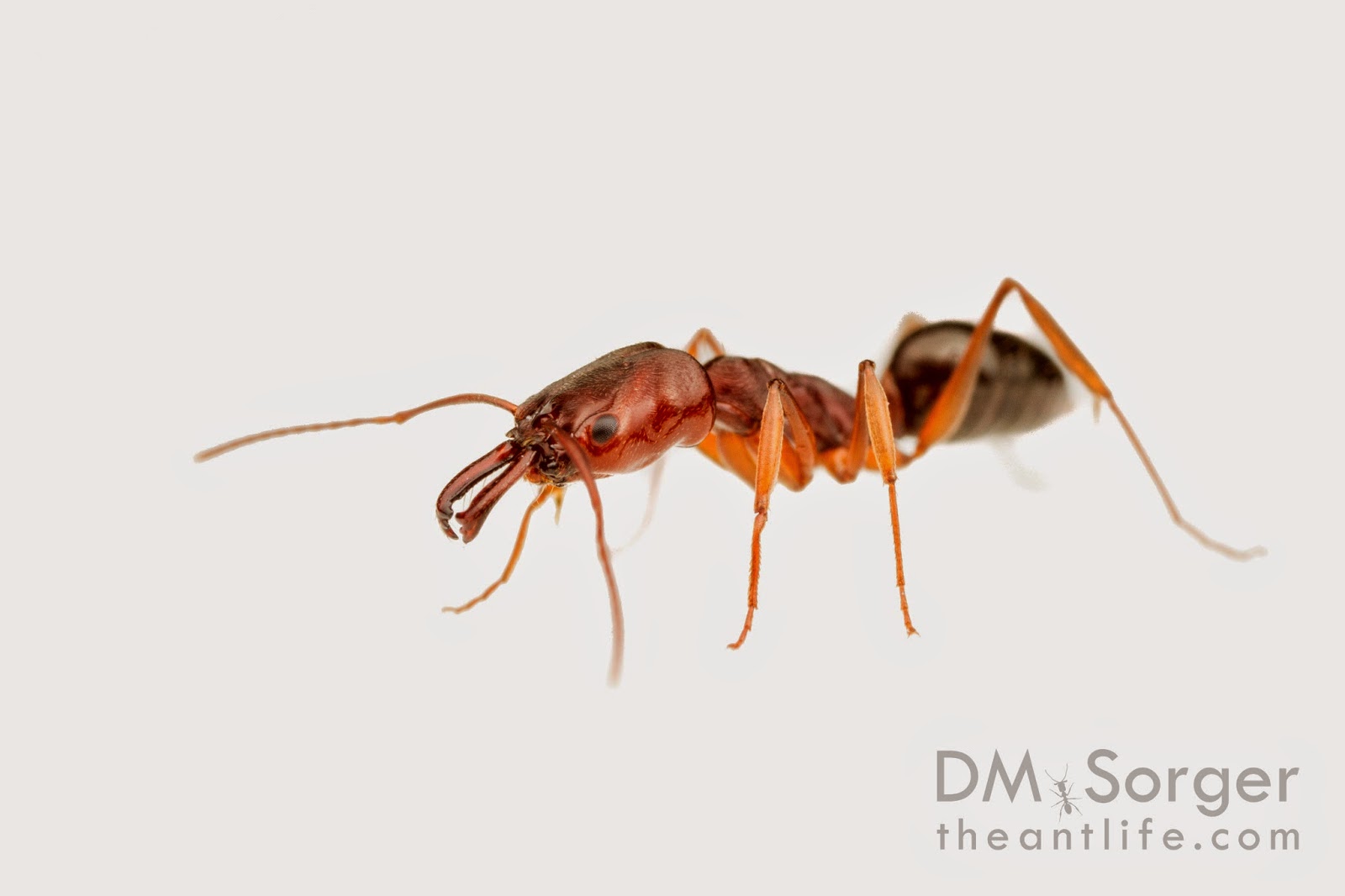 But not all of the trap-jaw species are on the move. Sorger also studies O. relictus, a species that is found only in endangered scrub habitat on central Florida’s ancient sand ridges.

Sorger found that relictus ants on separate ridges displayed different behaviors and had distinct genetic profiles – indicating that they may have evolved into separate species.

“If these two O. relictus populations are, in fact, distinct species, it would make them the rarest ants in North America,” Sorger says. “I’m hoping to resolve this question soon, via more genetic analyses.”

The paper, “A review of the Nearctic Odontomachus (Hymenoptera: Formicidae: Ponerinae) with a treatment of the males,” was published online May 28 inZootaxa. Lead author of the paper is Joe MacGown of the Mississippi Entomological Museum. Co-authors include Brendon Boudinot of UC Davis and Mark Deyrup of Archbold Biological Station. The research was supported, in part, by the U.S. Department of Agriculture under project MIS-012040.