A recently declassified report by Sandia National Laboratory, published by the National Security Archive, provides new details on the 1961 Goldsboro, North Carolina, nuclear weapons accident. Both multi-megaton Mk 39 bombs involved in the mishap were in the "safe" position. Yet the force of the crash initiated mechanical actions that normally required human intervention.

One of the two Mk39 thermonuclear weapons that landed when a B-52 bomber broke up over Goldsboro, North Carolina in February 1961. This was the weapon that came closest to detonation. 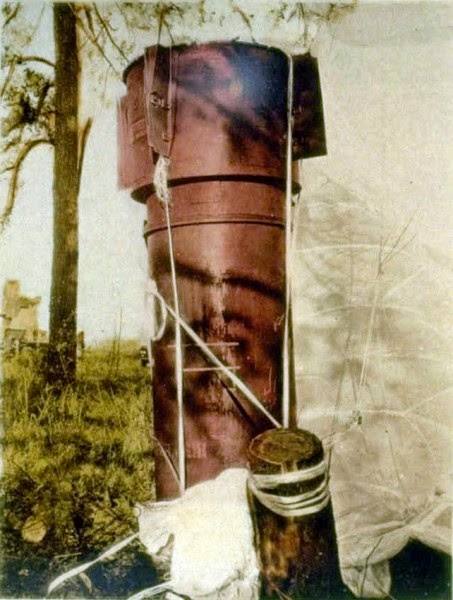 In both cases, the "fuzing sequence" had begun: an important step toward arming a nuclear bomb. Weapon 1, the one that came closest to detonation, landed intact, but by the time Weapon 2 hit the ground, it was in the "armed" setting because of the impact of the crash. The arming switch that had prevented Weapon 1 from detonating was in itself highly vulnerable. The Goldsboro incident is an alarming example of the great danger inherent in nuclear accidents.

Since the advent of the nuclear age, the nightmarish possibility of an accidental detonation has made weapons safety a boiler-plate item in the U.S. nuclear weapons program — yet potentially serious errors continue to occur. A series of 2013 reports on the Goldsboro accident provided a fresh reminder of the role of luck in preventing nuclear disaster: the same switch involved in the 1961 event had failed in other incidents.[1] 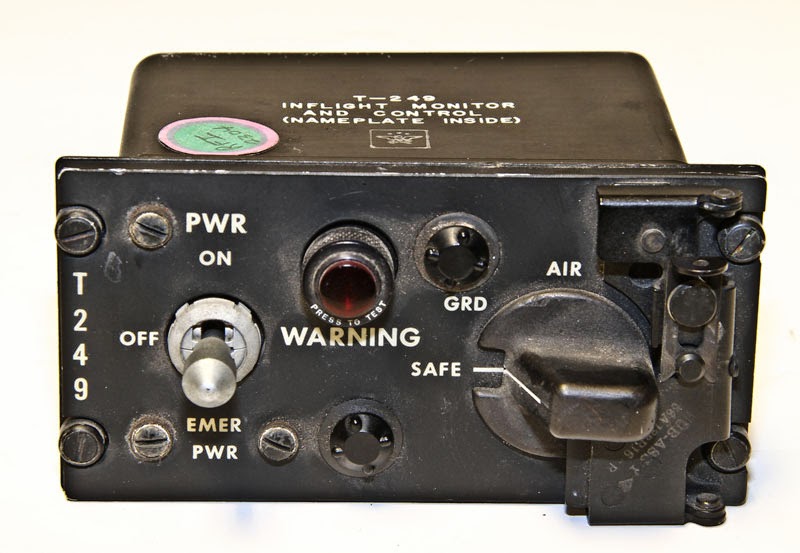 Eric Schlosser's extraordinary book Command and Control Nuclear Weapons, the Damascus Accident, and the Illusion of Safety, raises important questions about the record of nuclear weapons safety in the United States during and after the Cold War. Two major studies by Sandia National Laboratory, cited by Schlosser in his book, have been recently released by the Department of Energy in response to National Security Archive Mandatory Declassification Review requests and are included in this publication. Both are demanding studies which require attentive readers. One is a 1959 study of nuclear weapons safety when experts at the national nuclear laboratories were beginning to review the problem more comprehensively. The other is an overview of safety history published in 1987 which reviews the impact of changing weapons design on safety policy, the impact of accidents on policy, and initiatives taken by experts at Sandia to improve safety.

Also included in today's posting are recently declassified Joint Chiefs of Staff documents from early 1958 which address a problem that increased apprehensions about safety: the introduction of sealed-pit nuclear weapons into the arsenal. Embedding plutonium pits or highly-enriched uranium in the bombs or warheads themselves, unlike previous nuclear weapons where fissile material capsules were kept separate until arming occurred, this development made the weapons ready for use but created new vulnerabilities, including greater contamination risk. While the Joint Chiefs of Staff dismissed the risk of an accidental detonation — special features on the weapons allegedly made the probability a "negligible factor" — sealed-pit weapons would figure in the major accidents of the following years, including Jonesboro (1961), Palomares, Spain (1966) and Thule, Greenland (1968), where they would do considerable environmental damage.

Some of the highlights of the documents:
A memorandum of conversation involving President Dwight D. Eisenhower, JCS Chairman Nathan Twining, and British Prime Minister Harold Macmillan in which the two Americans made optimistic statements about weapons safety. Atomic Energy Commission chairman Lewis Strauss soon asserted that those statements did not address the conditions that would emerge when sealed-pit weapons entered the stockpile. He presciently observed that "In case of [high explosives/HE] detonation on crash there would be plutonium scattered outside of the HE danger area, and this might necessitate evacuation of personnel and even clean-up operations."

A statement in one of the JCS papers laid out the requirement that made future accidents possible by SAC bomber aircraft flying sealed-pit weapons: "A portion of SAC must be kept on continual alert status fully armed and ready for instant implementation of emergency war plans."

A declassified State Department letter from early 1958 indicating a growing risk of accidents in the European Command area because of the eventual "saturation" of nuclear stockpiles.

According to a Sandia Laboratory 1959 study, the Cold War goal of keeping nuclear weapons in a high state of readiness meant that safety was "fundamentally a matter of playing percentages." This meant that "absolute" nuclear safety was illusory and that giving ground "safety-wise" was necessary in order to have "useful" weapons.

According to the same report, one of the dangers of an accidental nuclear detonation was that it could produce "public and diplomatic reactions leading to disastrous curtailment of military readiness and nuclear capability." Even worse, "an accident might be mistaken for the opening round of an unannounced nuclear war."

A safety policy review performed in the late 1960s developed risk criteria for accidental nuclear detonations: in either "normal" or "abnormal" environments (where an accident had occurred) the annual risk of such an accident would be no greater than one in a million for an arsenal of ten thousand weapons or more.

Studies at Sandia Laboratory of stockpile safety in the mid-1970s identified four nuclear weapons systems which needed review on a "time-urgent basis because of nuclear detonation safety concerns."

The author of the 1986 safety policy history asserted that "the perceived need to keep weapons fully assembled and deployed on combat-ready systems … prevents us from claiming, in an absolute sense, that we take every action…. to ensure their safety."

This collection includes a declassified State Department history on two major U.S. overseas nuclear accidents, one near Palomares, Spain in January 1966, the other near Thule, Greenland, two years later, in January 1968.

First published on the Archive's Web-log Unredacted, this history, prepared by James Miller, provides a detailed account of how the U.S. government tried to manage the diplomatic furor that both accidents triggered. As the AEC had forecast in 1958, accidents involving sealed-pit weapons posed risks of contamination of radioactive material and the Palomares and Thule incidents required major clean-ups which the United States had to undertake.

The recovery operation at Palomares was particularly challenging because one of the hydrogen bombs was lost underwater for several months.

See the documents at the National Security Archive.