Scientists have sketched out one of the greatest baby booms in North American history, a centuries-long "growth blip" among southwestern Native Americans between 500 and 1300 A.D.

It was a time when the early features of civilization--including farming and food storage--had matured to a level where birth rates likely "exceeded the highest in the world today," the researchers report in this week's issue of the journal Proceedings of the National Academy of Sciences.

Reconstruction of life on a Hohokam platform mound in the Sonoran Desert in the 13th century A.D. 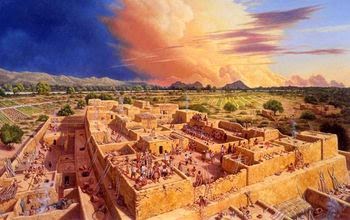 Then a crash followed, says Tim Kohler, an anthropologist at Washington State University (WSU), offering a warning sign to the modern world about the dangers of overpopulation.

"We can learn lessons from these people," says Kohler, who co-authored the paper with WSU researcher Kelsey Reese.

The study looks at a century's worth of data on thousands of human remains found at hundreds of sites across the Four Corners region of the Southwest.

"This research reconstructed the complexity of human population birth rate change and demographic variability linked with the introduction of agriculture in the Southwest U.S.," says Alan Tessier, acting deputy division director in the National Science Foundation's (NSF) Directorate for Biological Sciences, which supported the research through NSF's Dynamics of Coupled Natural and Human Systems (CNH) Program.

"It illustrates the coupling and feedbacks between human societies and their environment."

While many of the remains studied have been repatriated, the data let Kohler assemble a detailed chronology of the region's Neolithic Demographic Transition, in which stone tools reflect an agricultural transition from cutting meat to pounding grain.

"It's the first step toward all the trappings of civilization that we currently see," says Kohler.

At first, populations were slow to respond, probably because of low productivity, says Kohler. But by 400 B.C., he says, the crop provided 80 percent of the region's calories. 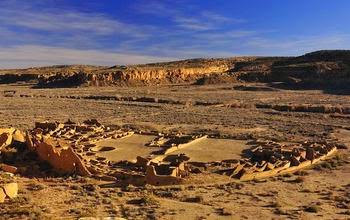 Crude birth rates--the number of newborns per 1,000 people per year--were by then on the rise, mounting steadily until about 500 A.D.

The growth varied across the region.

People in the Sonoran Desert and Tonto Basin, in what is today Arizona, were more culturally advanced, with irrigation, ball courts, and eventually elevated platform mounds and compounds housing elite families.

Yet birth rates were higher among people to the North and East, in the San Juan Basin and northern San Juan regions of Northwest New Mexico and Southwest Colorado.

Kohler said that the Sonoran and Tonto people eventually would have had difficulty finding new farming opportunities for many children, since corn farming required irrigation. Water from canals also may have carried harmful protozoa, bacteria and viruses.

But groups to the Northeast would have been able to expand maize production into new areas as their populations grew.

The mid-1100s saw one of the largest known droughts in the Southwest. The region likely hit its carrying capacity.

Pottery became common across the Southwest around A.D. 600; many vessels stored corn. 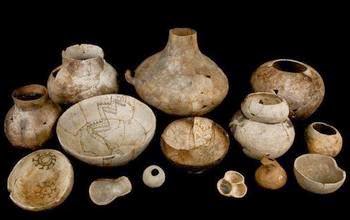 From the mid-1000s to 1280, by which time all the farmers had left, conflicts raged across the northern Southwest but birth rates remained high.

"They didn't slow down," says Kohler. "Birth rates were expanding right up to the depopulation. Why not limit growth? Maybe groups needed to be big to protect their villages and fields.

Ears of corn from a "Basketmaker II period" cache in Colorado, dating to the third century B.C. 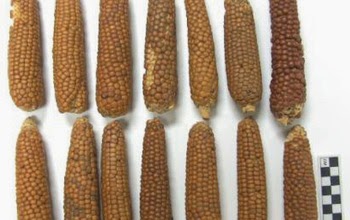 Perhaps the population had grown too large to feed itself as the climate deteriorated. Then as people began to leave, that may have made it harder to maintain the social unity needed for defense and new infrastructure, says Kohler.

Whatever the reason, he says, the ancient Puebloans show that population growth has clear consequences.