Men who eat moderate amounts of processed red meat may have an increased risk of incidence and death from heart failure, according to a study in Circulation: Heart Failure, an American Heart Association journal. 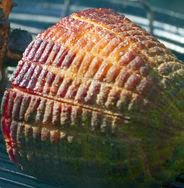 “Processed red meat commonly contains sodium, nitrates, phosphates and other food additives, and smoked and grilled meats also contain polycyclic aromatic hydrocarbons, all of which may contribute to the increased heart failure risk,” said Alicja Wolk, D.M.Sc., senior author of the study and professor in the Division of Nutritional Epidemiology at the Institute of Environmental Medicine, Karolinska Institutet in Stockholm, Sweden. “Unprocessed meat is free from food additives and usually has a lower amount of sodium.”

The Cohort of Swedish Men study — the first to examine the effects of processed red meat separately from unprocessed red meat — included 37,035 men 45-79 years old with no history of heart failure, ischemic heart disease or cancer. Participants completed a questionnaire on food intake and other lifestyle factors and researchers followed them from 1998 to the date of heart failure diagnosis, death or the end of the study in 2010.

At the beginning of the study, participants completed a 96-item questionnaire about their diet. Processed meat questions focused on consumption of sausages, cold cuts (ham/salami), blood pudding/sausages and liver pate over the last year. Unprocessed meat questions covered pork and beef/veal, including hamburger or ground-minced meat.

Results of the study for total red meat consumption are consistent with findings from the Physicians’ Health Study, in which men who ate the most total red meat had a 24 percent higher risk of heart failure incidence compared to those who ate the least.

“To reduce your risk of heart failure and other cardiovascular diseases, we suggest avoiding processed red meat in your diet, and limiting the amount of unprocessed red meat to one to two servings per week or less,” said Joanna Kaluza, Ph.D., study lead author and assistant professor in the Department of Human Nutrition at Warsaw University of Life Sciences in Poland. “Instead, eat a diet rich in fruit, vegetables, whole grain products, nuts and increase your servings of fish.”

Researchers said they expect to find similar associations in a current study conducted with women.

Almost 6 million Americans have heart failure and about 50 percent die within five years of diagnosis. The healthcare costs and loss of productivity due to heart failure are an estimated $34 billion each year, researchers said.

The other co-author is Agneta Akesson, Ph.D. Author disclosures are on the manuscript.