Researchers have confirmed the role of a protein called Lemur Tyrosine Kinase 3 (LMTK3) in the spread of breast cancer to other parts of the body.

Previous studies have demonstrated that LMTK3 is involved in breast cancer but little has been discovered about how, where and why it influences the development of the disease. 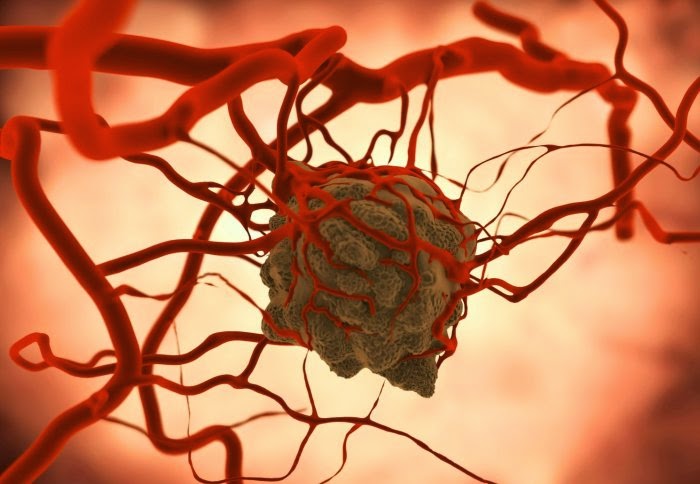 A group of scientists and clinicians from Imperial College London alongside other collaborators have made important headway into answering these questions, demonstrating that it plays a crucial role in enabling cancer cells to break away from the primary tumour site. This eventually results in the spread of the cancer to other parts of the body (such as bones, liver, brain), known as metastasis. The findings, published in Science Signalling, provide valuable clues as to how this devastating process could be stopped or controlled.

Using a mouse model, the researchers first demonstrated that overexpression of LMTK3 gene led to an increase in tumour growth and that at a molecular level LMTK3 was involved in the breaching of tissue barriers and the subsequent infiltration of cancer cells throughout the surrounding tissue, a process known as ‘invasion’, which is the first step in their spread to a remote organ. By examining samples from patient tumours, they ascertained some of the detailed mechanisms at work. They now aim to identify compounds that could inhibit LMTK3 activity and help prevent the spread of breast cancer.

“Our research shows an involvement of LMTK3 protein in metastasis,” said lead researcher Dr Georgios Giamas from the Department of Surgery and Cancer at Imperial College London. “LMTK3 is now on the map of well-established processes that are involved in the development of tumours and we have demonstrated that it promotes breast cancer cell invasion and migration or movement of cancer cells. This knowledge is valuable in identifying possible candidate compounds that could ‘control’ the action of LMTK3 and prevent the spread of cancer to other regions. We are now in the process of screening over 30,000 compounds to identify a selection of candidates that could be used in the development of a potential future drug.”

Professor Justin Stebbing from the Department of Surgery and Cancer Imperial College London who was involved with the translational (from bench to ‘bed-side’) significance of this work said: “We are integrating a hitherto largely unknown kinase into well-known signaling pathways that cause cancer cell invasion and spread. It places LMTK3, known now to play a role in therapy resistance across tumour types, as a valid therapeutic target.”

Yichen Xu, a PhD student at the Department of Surgery and Cancer and first author of the Science Signaling paper, further emphasized: “This is the first time LMTK3 has been placed in a well-known metastatic pathway, suggesting LMTK3 as a potential target for anti-metastasis therapy in breast cancer.”

Localised cancer is often curable by surgery to remove the tumour but when it spreads to other parts of the body it becomes more dangerous and difficult to treat. Metastatic breast cancer can be treated, but it cannot be cured. In approximately 90 per cent of breast cancer deaths the main cause is metastasis in remote organs. Metastasis happens through a series of stages starting with the growth of the primary tumour and followed by the cancerous cells breaking out and invading the blood stream. Once in the blood stream, the cancerous cells move to another location and finally invade another organ.

Having established that the over-expression of the LMTK3 gene causes tumour growth, the researchers investigated the role of this protein at the stage when the cancer cells break from the tumour and invade the blood stream. They discovered that LMTK3 promotes the deformation and mobility of the cancerous cells so they are ready to move out of the tumour and it also helps to break down the extracellular matrix (ECM) between the tumour and blood vessels, so the cells can burst through and move into the bloodstream.

Using molecular and cell biology techniques they further identified the specific molecular mechanisms at work, demonstrating that LMTK3 modulated several different proteins which suggests multiple pathways are at work. One of the most important proteins was Integrin β1 (ITGB1), which has already been implicated in the invasion process. Using tumour samples the researchers demonstrated that the greater the amount of LMTK3 present in a tumour, the greater the amount of ITGB1, indicating a link between these two proteins in enabling invasion by breast cancer cells.

With this detailed knowledge of the mechanisms at work the Imperial College researchers already have a drug development program underway starting with the screening of a large amount of chemical and natural compounds to identify prime candidates for LMTK3 inhibitors that could be used to treat the spread of breast cancer.Imperial Innovations is managing the prosecution of a patent application based on Professor Stebbing’s work around LMTK3. Imperial Innovations is the technology commercialisation and investment company that provides technology transfer services to Imperial College London.