Did the Khazars Convert To Judaism? New Research Says ‘No’

Did the Khazars convert to Judaism? The view that some or all Khazars, a central Asian people, became Jews during the ninth or tenth century is widely accepted. But following an exhaustive analysis of the evidence, Hebrew University of Jerusalem researcher Prof. Shaul Stampfer has concluded that such a conversion, “while a splendid story,” never took place.

Prof. Shaul Stampfer is the Rabbi Edward Sandrow Professor of Soviet and East European Jewry, in the department of the History of the Jewish People at the Hebrew University’s Mandel Institute of Jewish Studies. The research has just been published in the Jewish Social Studies journal, Vol. 19, No. 3 (online at http://bit.ly/khazars).

After an exhaustive analysis, the Hebrew University’s Prof. Shaul Stampfer concluded that the Khazar conversion to Judaism is a legend with no factual basis. 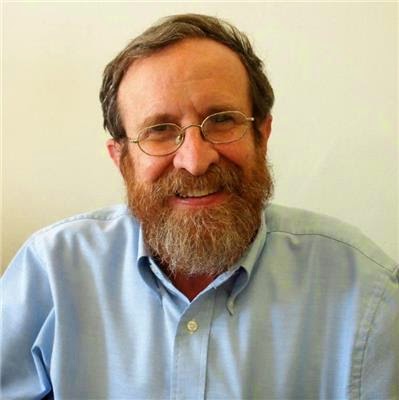 From roughly the seventh to tenth centuries, the Khazars ruled an empire spanning the steppes between the Caspian and Black Seas. Not much is known about Khazar culture and society: they did not leave a literary heritage and the archaeological finds have been meager. The Khazar Empire was overrun by Svyatoslav of Kiev around the year 969, and little was heard from the Khazars after. Yet a widely held belief that the Khazars or their leaders at some point converted to Judaism persists.

Reports about the Jewishness of the Khazars first appeared in Muslim works in the late ninth century and in two Hebrew accounts in the tenth century. The story reached a wider audience when the Jewish thinker and poet Yehudah Halevi used it as a frame for his book The Kuzari. Little attention was given to the issue in subsequent centuries, but a key collection of Hebrew sources on the Khazars appeared in 1932 followed by a little-known six-volume history of the Khazars written by the Ukrainian scholar Ahatanhel Krymskyi.

Henri Gregoire published skeptical critiques of the sources, but in 1954 Douglas Morton Dunlop brought the topic into the mainstream of accepted historical scholarship withThe History of the Jewish Khazars. Arthur Koestler’s best-selling The Thirteenth Tribe (1976) brought the tale to the attention of wider Western audiences, arguing that East European Ashkenazi Jewry was largely of Khazar origin.

Many studies have followed, and the story has also garnered considerable non-academic attention; for example, Shlomo Sand’s 2009 bestseller, The Invention of the Jewish People, advanced the thesis that the Khazars became Jews and much of East European Jewry was descended from the Khazars. But despite all the interest, there was no systematic critique of the evidence for the conversion claim other than a stimulating but very brief and limited paper by Moshe Gil of Tel Aviv University.

Stampfer notes that scholars who have contributed to the subject based their arguments on a limited corpus of textual and numismatic evidence. Physical evidence is lacking: archaeologists excavating in Khazar lands have found almost no artifacts or grave stones displaying distinctly Jewish symbols. He also reviews various key pieces of evidence that have been cited in relation to the conversion story, including historical and geographical accounts, as well as documentary evidence.

Among the key artifacts are an apparent exchange of letters between the Spanish Jewish leader Hasdai ibn Shaprut and Joseph, king of the Khazars; an apparent historical account of the Khazars, often called the Cambridge Document or the Schechter Document; various descriptions by historians writing in Arabic; and many others.

Taken together, Stampfer says, these sources offer a cacophony of distortions, contradictions, vested interests, and anomalies in some areas, and nothing but silence in others. A careful examination of the sources shows that some are falsely attributed to their alleged authors, and others are of questionable reliability and not convincing.

Many of the most reliable contemporary texts, such as the detailed report of Sallam the Interpreter, who was sent by Caliph al-Wathiq in 842 to search for the mythical Alexander’s wall; and a letter of the patriarch of Constantinople, Nicholas, written around 914 that mentions the Khazars, say nothing about their conversion.

Citing the lack of any reliable source for the conversion story, and the lack of credible explanations for sources that suggest otherwise or are inexplicably silent, Stampfer concludes that the simplest and most convincing answer is that the Khazar conversion is a legend with no factual basis. There never was a conversion of a Khazar king or of the Khazar elite, he says.

Years of research went into this paper, and Stampfer ruefully noted that "Most of my research until now has been to discover and clarify what happened in the past. I had no idea how difficult and challenging it would be to prove that something did not happen."

In terms of its historical implications, Stampfer says the lack of a credible basis for the conversion story means that many pages of Jewish, Russian and Khazar history have to be rewritten. If there never was a conversion, issues such as Jewish influence on early Russia and ethnic contact must be reconsidered.

Stampfer describes the persistence of the Khazar conversion legend as a fascinating application of Thomas Kuhn’s thesis on scientific revolution to historical research. Kuhn points out the reluctance of researchers to abandon familiar paradigms even in the face of anomalies, instead coming up with explanations that, though contrived, do not require abandoning familiar thought structures. It is only when “too many” anomalies accumulate that it is possible to develop a totally different paradigm—such as a claim that the Khazar conversion never took place.

Stampfer concludes, "We must admit that sober studies by historians do not always make for great reading, and that the story of a Khazar king who became a pious and believing Jew was a splendid story.” However, in his opinion, "There are many reasons why it is useful and necessary to distinguish between fact and fiction – and this is one more such case."