Are Fish Near Extinction? "Fish To Disappear By 2050?"

"An end to seafood by 2050?" "Fish to disappear by 2050?" These sensational media headlines were the result of a 2010 report by the United Nations Environment Program, declaring that over-fishing and pollution had nearly emptied the world's fish stocks. That scarcity portends disaster for over a billion people around the world who are dependent on fish for their main source of protein. 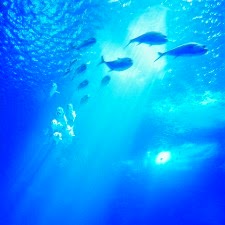 Now, a new study by Dr. Roi Holzman and Victor China of the Department of Zoology at Tel Aviv University's George S. Wise Faculty of Life Sciences has uncovered the reason why 90% fish larvae are biologically doomed to die mere days after hatching. With this understanding of the mechanism that kills off the majority of the world's fish larvae, leaving only a marginal proportion to populate the world's oceans, "We can help find a solution to the looming fish crisis in the world," said Dr. Holzman.

The research, published in PNASand conducted at the Inter-University Institute for Marine Sciences in Eilat, Israel, suggests that "hydrodynamic starvation," or the physical inability to feed due to environmental incompatibility, is the reason so many fish larvae perish.

"By focusing on the constraints placed on larvae survival, we have a better chance of producing higher quality mariculture," a specialized branch of aquaculture involving the cultivation of marine organisms for food and other products in the open ocean, said Dr. Holzman. "If we can produce better fish, this will have huge implications for our ability to maintain fish populations."

Dr. Holzman based his study on the problematic nature of fish reproduction. Nearly all fish species reproduce externally — they release and abandon their sperm and eggs into the water, providing no parental care. The fertilized eggs then hatch in the water within a couple of days and the hatching larvae must sustain themselves. When attached to a yolk sac (a membranous sac attached to an embryo that provides early nourishment in the form of yolk), these premature organisms can survive for a period of two or three days, but once the larvae, with poorly developed fins and gills, open their mouths, they start dying in droves.

"We thought, something is going on during this period, in which the proportional number of larvae dying is greatest," said Dr. Holzman. "Our goal was to pinpoint the mechanism causing them to die. We saw that even under the best controlled conditions, 70% of fish larvae were dying within the two weeks known as the 'critical period,' when the larvae detach from the yolk sac and open their mouths to feed," said Dr. Holzman. "What was going on? We turned to physics as a source of the problem."

Eating soup with a fork

The physical structure of the larvae and their flawed interaction with the physical environment provided the answer Dr. Holzman was looking for. Over the course of two years, he and doctoral student Victor China observed fish larvae at three significant points in their development (at the beginning, middle, and end of that “critical period” — eight, 13, and 23 days old). They found that the "stickiness" of the water — the viscosity of the surrounding ocean water — was hampering the larvae's attempts to feed.

"All that determines the larvae's feeding ability is viscosity — not age, not development. Only their interaction with the surrounding water," said Dr. Holzman. "Because the water molecules around you have weak electrical bonds, only a thin layer sticks to your skin — a mere millimeter thick. If you're a large organism, you hardly feel it. But if you're a three-millimeter-sized larva, dragging a millimeter of water across your body will prevent you from propelling forward to feed. So really, it's all about larval size, and its ability to grow fast and escape the size where it feels the water as viscous fluid."

The researchers found that in less viscous water, the larvae improved their feeding ability. In theory, they can be expected to increase their survival rate. "We conclude that hydrodynamic starvation is the reason for their dying," said Dr. Holzman. "Imagine eating soup with a fork — that's what it's like for these larvae. They're not developed enough at the critical point to adopt the constrained feeding strategy of adult-sized, better-developed fish."

Armed with this knowledge of the larvae's biological flaw, the researchers are currently patenting a solution to maintain higher survival rates among fish larvae populations.