The energy efficiency of KAIST's piezoelectric nanogenerator has increased by almost 40 times, one step closer toward the commercialization of flexible energy harvesters that can supply power infinitely to wearable, implantable electronic devices.

Nanogenerators are innovative self-powered energy harvesters that convert kinetic energy created from vibrational and mechanical sources into electrical power, removing the need of external circuits or batteries for electronic devices. This innovation is vital in realizing sustainable energy generation in isolated, inaccessible, or indoor environments and even in the human body.

The picture shows a high-performance wearable thermoelectric generator that is extremely flexible and light. 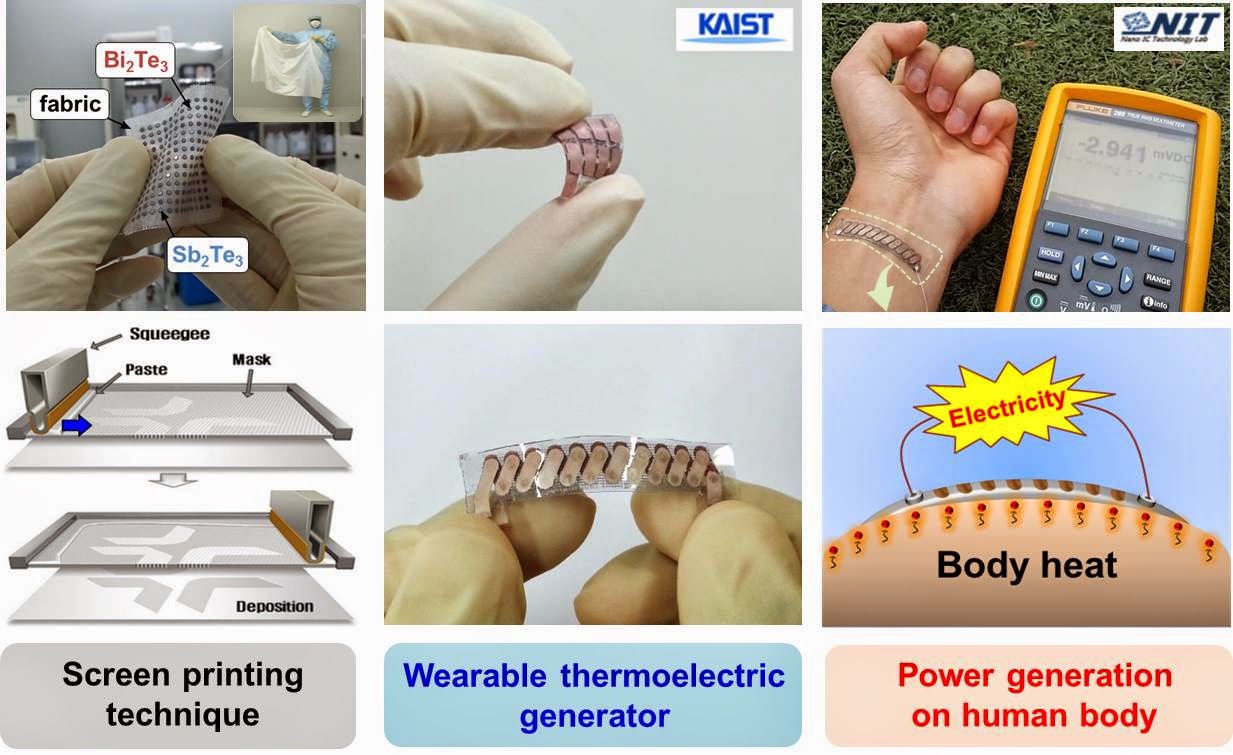 Nanogenerators, a flexible and lightweight energy harvester on a plastic substrate, can scavenge energy from the extremely tiny movements of natural resources and human body such as wind, water flow, heartbeats, and diaphragm and respiration activities to generate electrical signals. The generators are not only self-powered, flexible devices but also can provide permanent power sources to implantable biomedical devices, including cardiac pacemakers and deep brain stimulators.

However, poor energy efficiency and a complex fabrication process have posed challenges to the commercialization of nanogenerators. Keon Jae Lee, Associate Professor of Materials Science and Engineering at KAIST, and his colleagues have recently proposed a solution by developing a robust technique to transfer a high-quality piezoelectric thin film from bulk sapphire substrates to plastic substrates using laser lift-off (LLO). 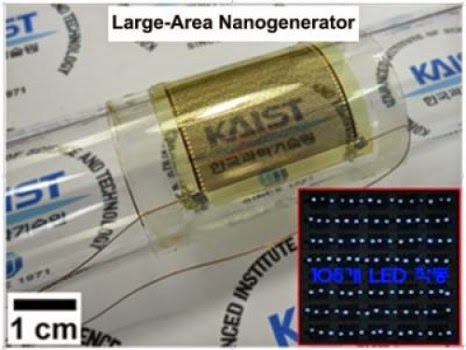 "We were able to convert a high-output performance of ~250 V from the slight mechanical deformation of a single thin plastic substrate. Such output power is just enough to turn on 100 LED lights," Keon Jae Lee explained.

A thermoelectric generator developed as a wristband. The generator can be easily curved along with the shape of human body. 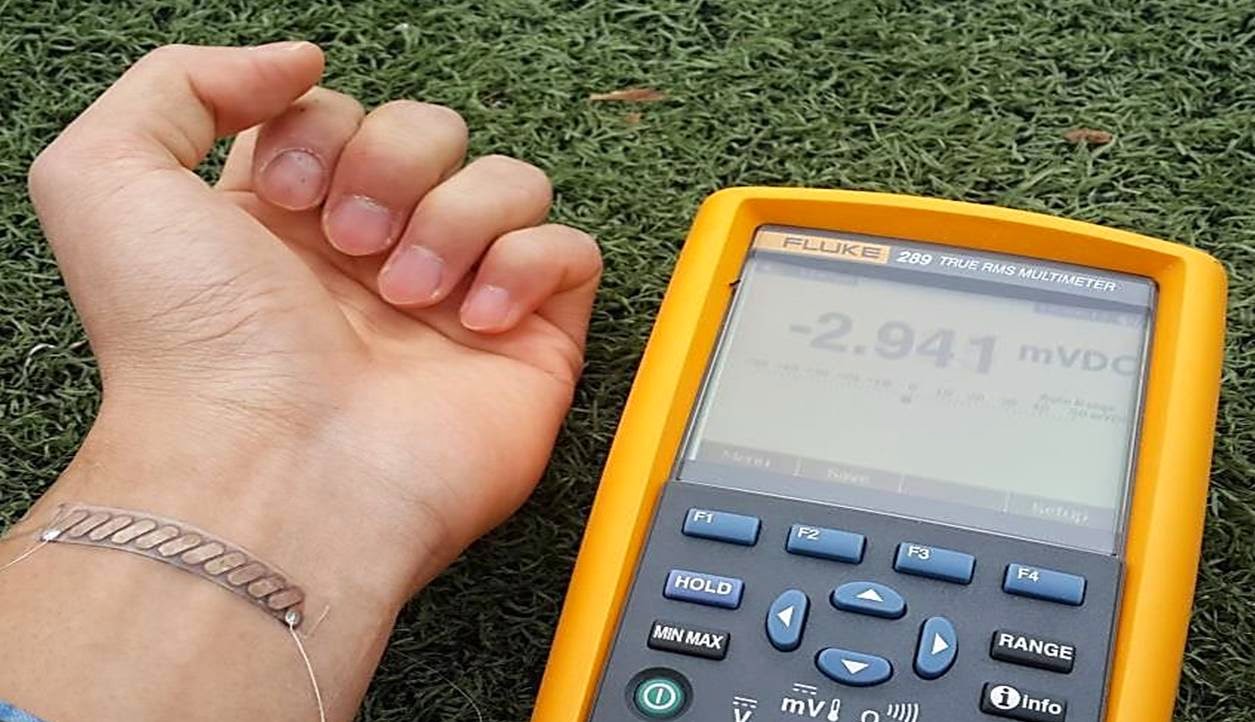 The self-powered nanogenerators can also work with finger and foot motions. For example, under the irregular and slight bending motions of a human finger, the measured current signals had a high electric power of ~8.7 μA. In addition, the piezoelectric nanogenerator has world-record power conversion efficiency, almost 40 times higher than previously reported similar research results, solving the drawbacks related to the fabrication complexity and low energy efficiency.

Lee further commented, "Building on this concept, it is highly expected that tiny mechanical motions, including human body movements of muscle contraction and relaxation, can be readily converted into electrical energy and, furthermore, acted as eternal power sources."

KAIST’s thermoelectric generator can be bent as many as 120 times, but it still shows the same high performance. 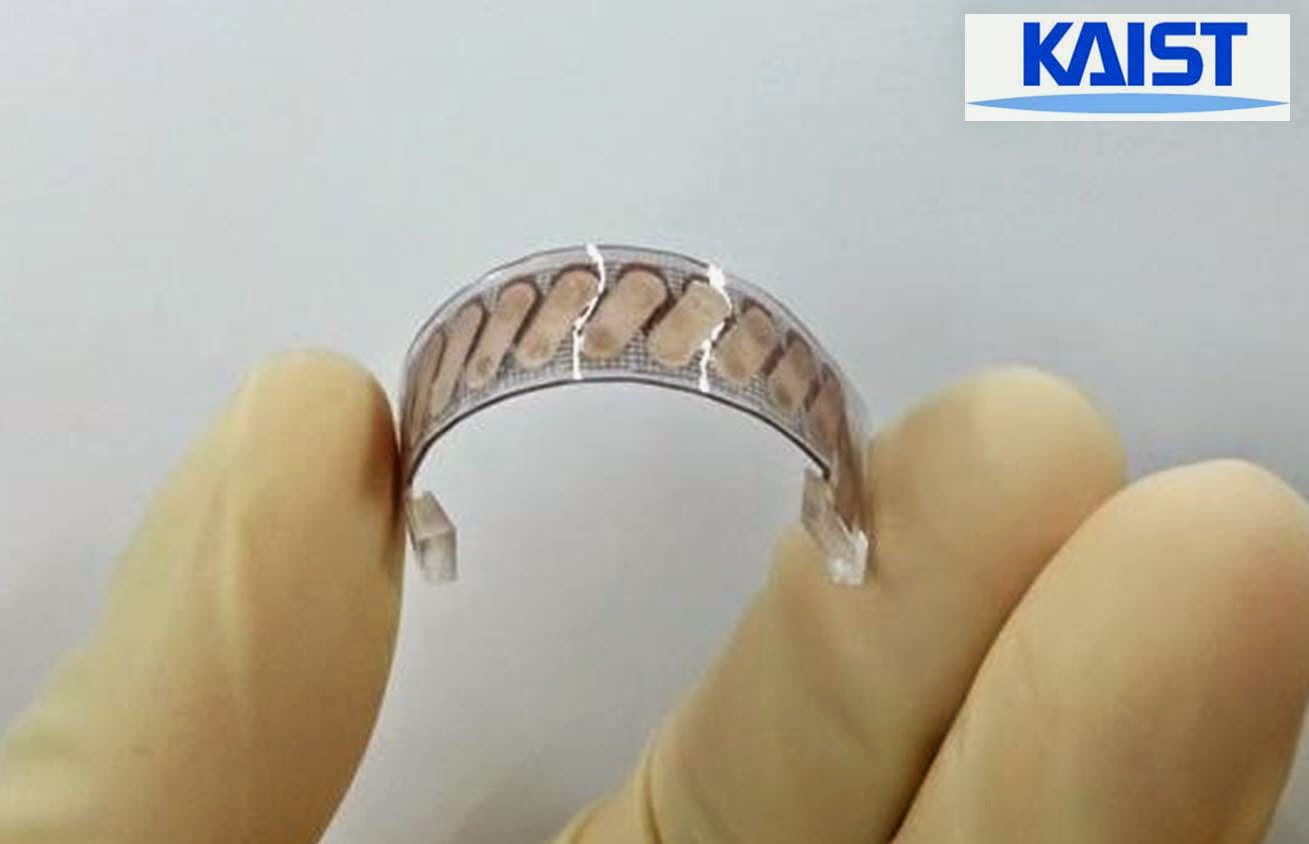 The research team is currently studying a method to build three-dimensional stacking of flexible piezoelectric thin films to enhance output power, as well as conducting a clinical experiment with a flexible nanogenerator.