An international team of astronomers has made a measurement of a distant neutron star that is one million times more precise than the previous world’s best.

The researchers were able to use the interstellar medium, the ‘empty’ space between stars and galaxies that is made up of sparsely spread charged particles, as a giant lens to magnify and look closely at the radio wave emission from a small rotating neutron star.

The densely packed matter of a pulsar spins at incredible speeds, and emits radio waves that can be observed from Earth, but how neutron stars emit these waves is still a mystery. 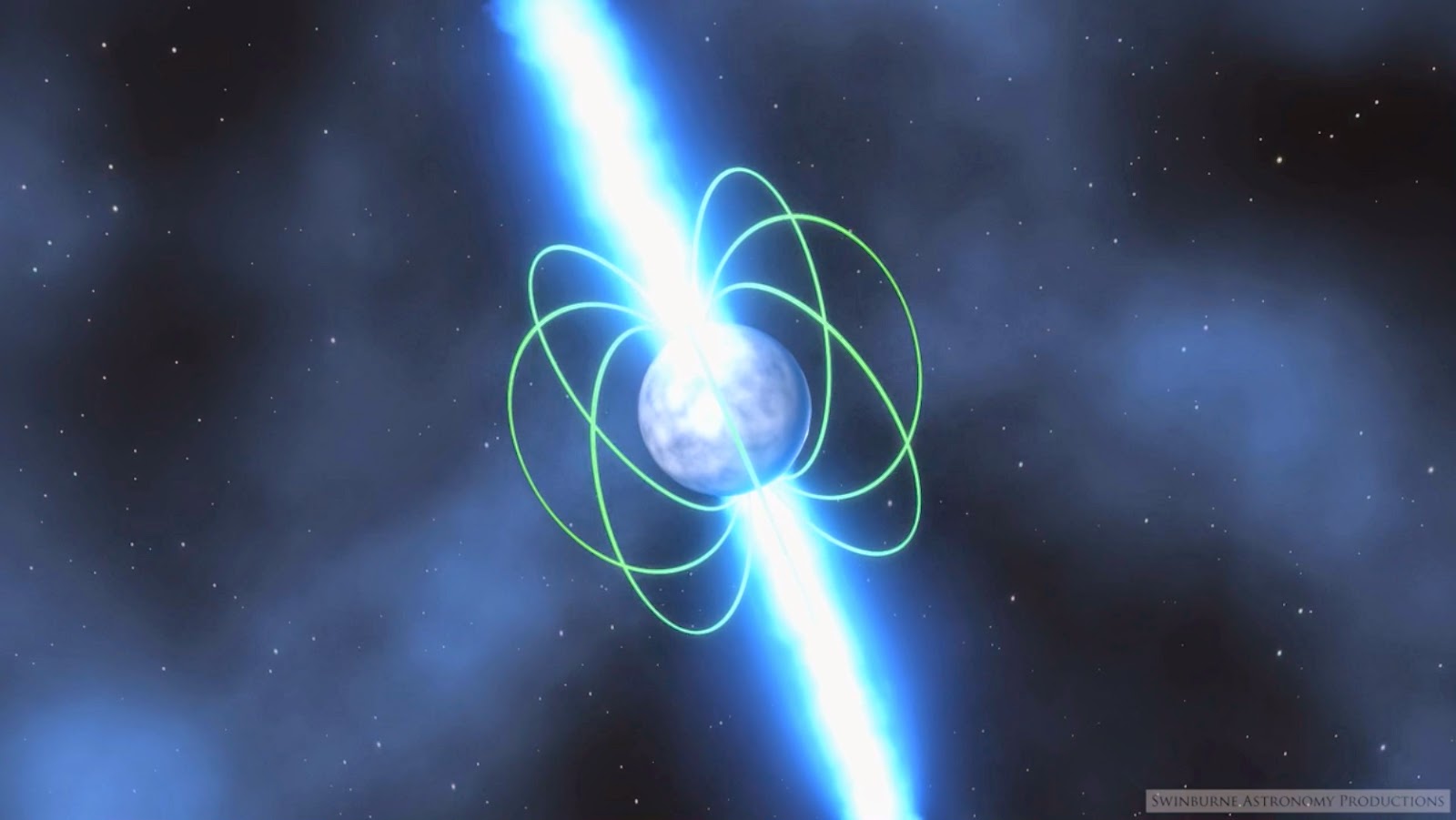 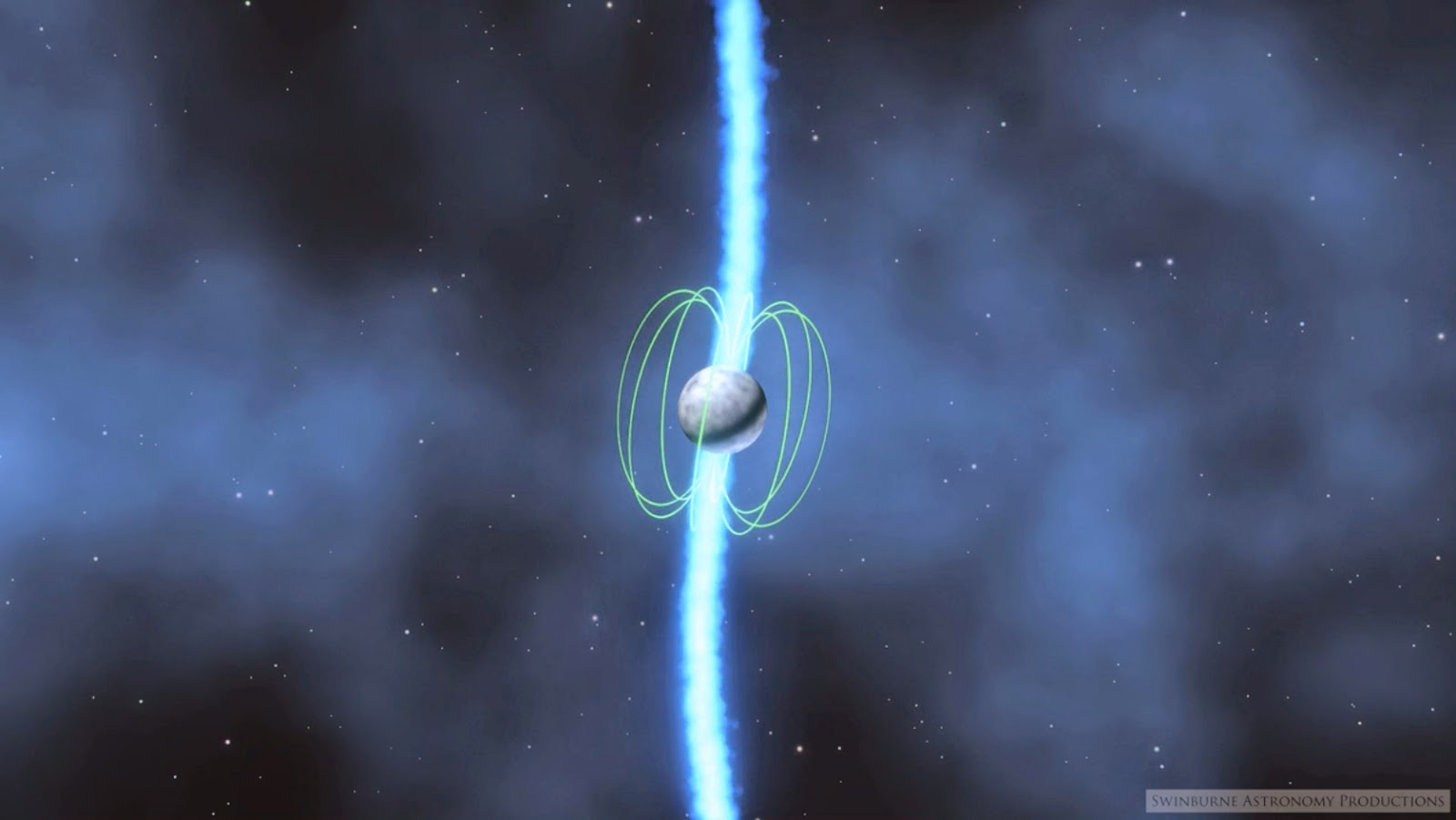 This technique yielded the highest resolution measurement ever achieved, equivalent to being able to see the double-helix structure of our genes from the Moon!

“Compared to other objects in space, neutron stars are tiny – only tens of kilometres in diameter – so we need extremely high resolution to observe them and understand their physics,” Dr Jean-Pierre Macquart from the Curtin University node of the International Centre for Radio Astronomy Research (ICRAR) in Perth said.

Dr Macquart, a member of the ARC Centre of Excellence for All-sky Astrophysics (CAASTRO), said neutron stars were particularly interesting objects to study, as some of them – called pulsars – gave off pulsed radio waves whose beams swept across telescopes at regular intervals.

“More than 45 years since astronomers discovered pulsars, we still don’t understand the mechanism by which they emit radio wave pulses,” he said.

The researchers found they could use the distortions of these pulse signals as they passed through the turbulent interstellar medium to reconstruct a close in view of the pulsar from thousands of individual sub-images of the pulsar.

“The best we could previously do was pointing a large number of radio telescopes across the world at the same pulsar, using the distance between the telescopes on Earth to get good resolution,” Dr Macquart said.

The previous record using combined views from many telescopes was an angular resolution of 50 microarcseconds, but the team - led by Professor Ue-Li Pen of the Canadian Institute of Theoretical Astrophysics and a CAASTRO Partner Investigator - has now proven their ‘interstellar lens’ can get down to 50 picoarcseconds, or a million times more detail, resolving areas of less than 5km in the emission region.

“Our new method can take this technology to the next level and finally get to the bottom of some hotly debated theories about pulsar emission,” Professor Pen said.

Testing their technique on pulsar B0834+06, the researchers found the neutron star’s emission region was much smaller than previously assumed and possibly much closer to the star’s surface – which might be the most crucial element in understanding the origin of the radio wave emission.

“What’s more, this new technique also opens up the possibilities for precise distance measurements to pulsars that orbit a companion star and ‘image’ their extremely small orbits – which is ultimately a new and highly sensitive test of Einstein’s theory of General Relativity,” Professor Pen said.

The Australian Research Council has awarded Dr Jean-Pierre Macquart and Prof Ue-Li Pen $344,000 in research funding to continue to develop their technique and measure other pulsars.

Citation: Pen, Macquart, Deller, Brisken “50 picoarcsec astrometry of pulsar emission.” in MNRAS Letters (May 2014). Also available on arXiv.
on May 07, 2014