Tai Chi, a traditional Chinese martial art and sport, has been found to be beneficial in raising the numbers of an important type of cell when three groups of young people were tested to discover the benefits of Tai Chi, brisk walking or no exercise. The group performing Tai Chi saw a rise in their cluster of differentiation 34 expressing (CD34+) cells, a stem cell important to a number of the body's functions and structures. 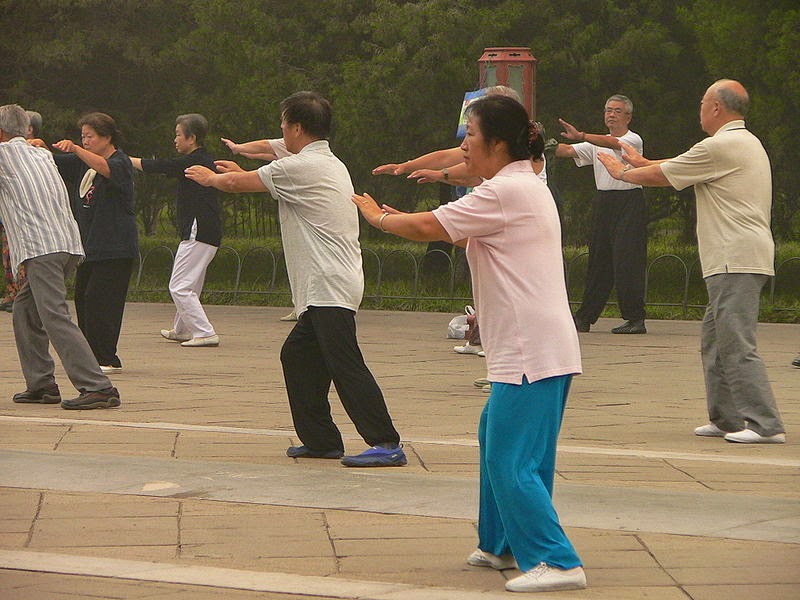 "To evaluate the potential life-lengthening effect of Tai Chi, we conducted a year-long, retrospective cross-sectional study comparing the rejuvenating and anti-aging effects among three groups of volunteers under the age of 25 who engaged in either Tai Chi (TCC), brisk walking (BW), or no exercise habit (NEH)," said study corresponding author Dr. Shinn-Zong Lin of the Center for Neuropsychiatry, China Medical University Hospital, Taichung, Taiwan.

"We used young volunteers because they have better cell-renewing abilities than the old population and we also wanted to avoid having chronic diseases and medications as interfering factors."

According to the authors, Tai Chi "has been confirmed to benefit" patients with mild to moderate Parkinson's disease and fibromyalgia. In addition, they cite possible advantages of Tai Chi in pain reduction, fall prevention and balance improvement, aerobic capacity, blood pressure, quality of life and stress reduction.

"It is possible that Tai Chi may prompt vasodilation and increase blood flow," said Lin. "Considering that BW may require a larger space or more equipment, Tai Chi seems to be an easier and more convenient choice of anti-aging exercise."

"This study provides the first step into providing scientific evidence for the possible health benefits of Tai Chi." said Dr. Paul R. Sanberg, distinguished professor at the Center of Excellence for Aging and Brain Repair, Morsani College of Medicine, University of South Florida, Tampa, FL. "Further study of how Tai Chi can elicit benefit in different populations and on different parameters of aging are necessary to determine its full impact."