Nature Inspired Drones Of The Future

Based on the mechanisms adopted by birds, bats, insects and snakes, 14 distinguished research teams have developed solutions to some of the common problems that drones could be faced with when navigating through an urban environment and performing novel tasks for the benefit of society. 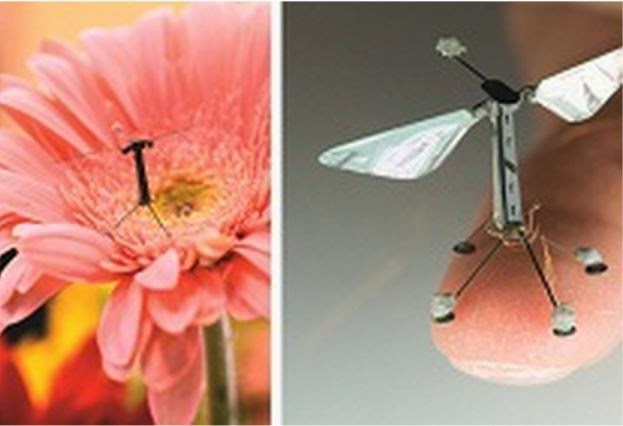 Whether this is avoiding obstacles, picking up and delivering items or improving the take-off and landing on tricky surfaces, it is hoped the solutions can lead to the deployment of drones in complex urban environments in a number of different ways, from military surveillance and search and rescue efforts to flying camera phones and reliable courier services. For this, drones need exquisite flight control.

The research teams have presented their work today, 23 May, in a special issue of IOP Publishing’s journal Bioinspiration and Biomimetics, devoted to bio-inspired flight control.

The first small drones have already been used in search and rescue operations to investigate difficult-to-reach and hazardous areas, such as in Fukushima, Japan. A research team from Hungary believe these efforts could be improved if robots are able to work in tandem, and have developed an algorithm that allows a number of drones to fly together like a flock of birds.

The effectiveness of the algorithm was demonstrated by using it to direct the movements of a flock of nine individual quadcopters whilst they followed a moving car.

While this collective movement may be helpful when searching vast expanses of land, a group of researchers from Harvard University have developed a millimetre-sized drone with a view to using it to explore extremely cramped and tight spaces.

The microrobot they designed, which was the size of a one cent coin, could take off and land and hover in the air for sustained periods of time. In their new paper, the researchers have demonstrated the first simple, fly-like manoeuvres. In the future, millimetre-sized drones could also be used in assisted agriculture pollination and reconnaissance, and could aid future studies of insect flight.

Once deployed into the real world, drones will be faced with the extremely tricky task of dealing with the elements, which could be extreme heat, the freezing cold, torrential rain or thunderstorms.

The most challenging problem for airborne robots will be strong winds and whirlwinds, which a research team, from the University of North Caroline at Chapel Hill, University of California and The Johns Hopkins University, have begun to tackle by studying the hawk moth.

In their study, the researchers flew hawk moths through a number of different whirlwind conditions in a vortex chamber, carefully examining the mechanisms that the hawk moths used to successfully regain flight control.

Researchers must also find a way of reducing the amount of power that is required to operate drones, which a team from the Université de Sherbrooke and Stanford University have achieved by creating a “jumpglider”.

Inspired by vertebrates like the flying squirrel, the flying fish and the flying snake, which use their aerodynamic bodies to extend their jumping range to avoid predators, the “jumpglider” combines an aeroplane-shaped body with a spring-based mechanical foot that propels the robot into the air.

The researchers believe the “jumpglider” can be used in search and rescue efforts, operating at low power and offering a significant advantage over land-based robots by being able to navigate around obstacles and over rough terrain.

In his opening editorial, Guest Editor of the special issue, Dr David Lentink, from Stanford University, writes: “Flying animals can be found everywhere in our cities. From scavenging pigeons to alcohol-sniffing fruit flies that make precision landings on our wine glasses, these animals have quickly learnt how to control their flight through urban environments to exploit our resources.

“To enable our drones to fly equally well in wind and clutter, we need to solve several flight control challenges during all flight phases: take-off, cruising, and landing.

“This special issue provides a unique integration between biological studies of animals and bio-inspired engineering solutions. Each of the 14 papers presented in this special issue offer a unique perspective on bio-mimetic flight, providing insights and solutions to the take-off, obstacle avoidance, in-flight grasping, swarming, and landing capabilities that urban drones need to succeed.”

Contacts and sources:
Institue of Physics
on May 24, 2014