Intelligent Vehicle That Can Detect Pedestrians At Nighttime

Researchers at Universidad Carlos III de Madrid (UC3M) have designed a new pedestrian detection system for cars which works in low visibility conditions; the system is made up of infrared cameras which capture body heat.

The new driving-aid system uses images captured by far infrared with two thermal cameras to identify the presence of individuals in their field of vision. The objective is to alert the driver to the presence of pedestrians in the path of the vehicle, and even, in the case of cars with automated systems, actually stop the vehicle. “With the model being used in our research, pedestrians up to 40 meters away can be detected, although this distance could be extended if we substitute the lens with one that has greater focus range,” explained one of its designers, Daniel Olmeda, from the Intelligent Systems Laboratory (LSI) at UC3M. 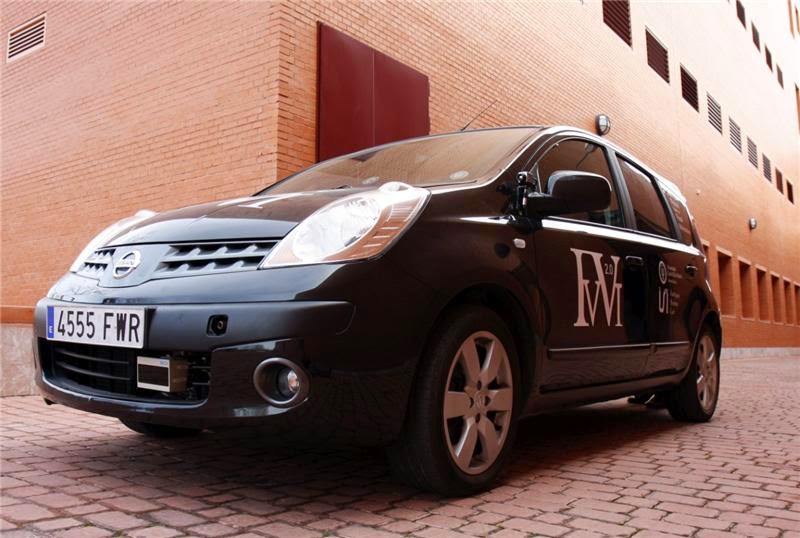 The use of this type of sensors provides the driver with information that goes beyond what he himself might perceive, something particularly useful in low visibility conditions such as nighttime driving. “In this situation, the sensitive cameras in the visible spectrum, which are already incorporated into some vehicles, can only be utilized in regions illuminated by the car’s headlights. But our system does not require any type of external lighting,” the engineer asserted. The infrared range in which it operates corresponds to the emission of heat which allows it to obtain images in conditions of total darkness.

The functioning of the system, explained in a recent scientific article published in the journal Integrated Computer-Aided Engineering, is based on new techniques of image pattern recognition. “The algorithm developed detects pedestrian presence according to certain silhouette features, because we have confirmed that the contour of objects in infrared images have congruent phase features that do not vary with temperature and contrasting,” noted professor Olmeda, who is focusing his doctoral thesis on this technology.

This type of device could be easily installed in a commercial vehicle. In fact, car models already exist that incorporate cameras in the visible spectrum and “integration of a system based on far infrared would not be very different,” according to the researchers. The system has been developed and tested on an IVVI 2.0 (Intelligent Vehicle based on Visual Information) at UC3M. Specifically, they use a type of infrared sensor, the non-refrigerated microbolometer, which has gotten the same results as other more costly refrigerated sensors. “Generalized implementation of this type of sensors is viable and its mass production would lower production costs,” Olmeda pointed out.

The IVVI 2.0, an actual car that has become a platform for research and experimentation for University faculty and students, also incorporates other artificial vision systems that allow it detect other vehicles and highway lines, read traffic signals, alert the driver with a sound if he starts to fall asleep, and warn of any driving danger. Notwithstanding, the interface for this type of systems still presents a challenge, according to the LSI coordinator, Arturo de la Escalera, professor at the Automated Systems Engineering Department. “It is important to study how to get this information to the driver,” because we need to avoid the distractions that an alarm or a screen could present while at the wheel. “We are working to join external perceptions with internal ones so that the system knows if the driver has not seen something, and we only warn him about this obstacle,” he elaborated.

This new generation of detectors can also have applications in the field of robotics, according to the scientists. This study is funded by the projects FEDORA from the Comisión Interministerial de Ciencia y Tecnología (CICYT)(Interministerial Science and Technology Research Commission) and by the SEGVAUTO program of the Consejería de Educación, Juventud y Deporte (Council of Youth Sports and New Technologies) of the Autonomous Region of Madrid, which includes researchers from five Spanish university and representatives from the main automobile production factories in operation in Spain.