A new study could help resolve a longstanding debate about the origins of the first people to inhabit the Americas, researchers report in the journal Science. The study relies on genetic information extracted from the tooth of an adolescent girl who fell into a sinkhole in the Yucatan 12,000 to 13,000 years ago.

Genetic evidence in the new study supports the hypothesis that the first people in the Americas all came from northeast Asia by crossing a land bridge known as Beringia. When sea levels rose after the last ice age the land bridge disappeared. 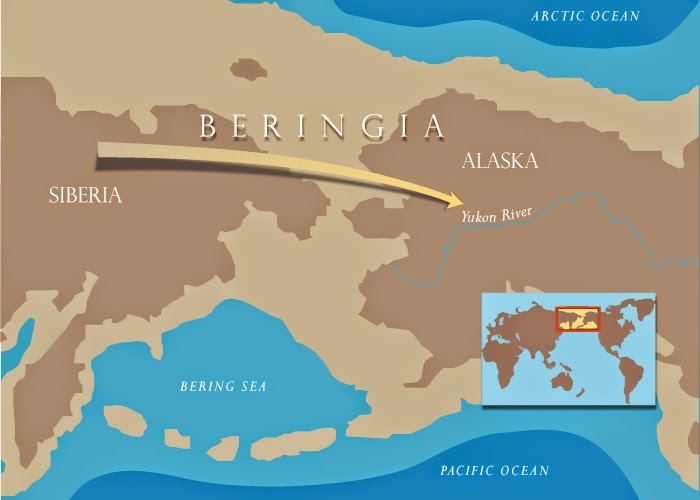 The girl’s remains were found alongside those of ancient extinct beasts that also fell into the “inescapable natural trap,” as researchers described the sinkhole. The team used radiocarbon dating and analyzed chemical signatures in bones and in flowerlike crystals that grew on the bones to determine how long ago the girl lived.

University of Illinois anthropology professor Ripan Malhi analyzed DNA from a girl who died 12,000 to 13,0000 years ago in the Yucatan. 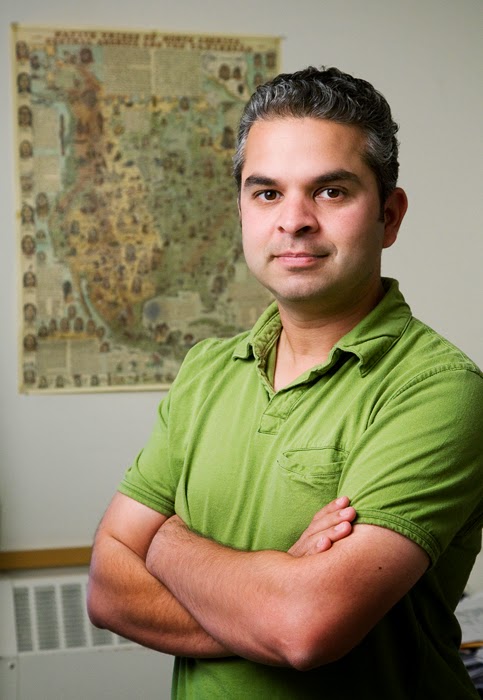 Scientists have long debated the origins of the first Americans. Most accept – and numerous genetic analyses support the view – that the original immigrants crossed over a land bridge that once connected northeast Asia to present-day Alaska.

The most ancient remains have baffled scientists, however, because the skulls are narrower and have other measurably different features than those of Native Americans. Some researchers hypothesize that these individuals came to the Americas from as far away as Australia or Southeast Asia.

The girl who fell into the sinkhole had a skull with the unusual shape. And, luckily for the researchers, her bones still held genetic material that could be analyzed to determine her origins.

“There are lots and lots of theories about the peopling of the Americas and who was where when,” said University of Illinois anthropology and Institute for Genomic Biology professor Ripan Malhi, whose lab was one of three to conduct genetic analyses for the new study. “And it seems like genetic research is slowly falsifying a lot of these theories.”

The laboratories of Brian Kemp at Washington State University and Deborah Bolnick at the University of Texas each independently extracted and analyzed mitochondrial DNA from the ancient girl’s tooth. Genetic material from the mitochondria (energy-generating structures found in every cell) is more plentiful than that found in the nucleus of cells, and so is easier to study.

Malhi also analyzed the mitochondrial DNA, focusing on regions of the mitogenome that code for specific proteins. These coding regions mutate more slowly than noncoding parts of the genome, and so can be more reliable markers of genetic relatedness.

The Kemp, Bolnick and Malhi labs each independently found that the ancient girl belonged to a genetic lineage that is shared only by Native Americans.

“We were able to identify her genetic lineage with high certainty,” Malhi said. “This shows that living Native Americans and these ancient remains of the girl we analyzed all came from the same source population during the initial peopling of the Americas.”

Forensic anthropologist, archaeologist and paleontologist James Chatters, of Applied Paleoscience in Bothell, Washington, led the new analysis. Chatters is best known for his work on Kennewick Man, another ancient individual whose origins were debated because his skull was markedly different from those of Native Americans. The Kennewick Man remains were found in Kennewick, Washington, in 1996.

The research was an international effort involving scientists, divers and technicians from more than a dozen institutions.

The paper, “Late Pleistocene Human Skeleton and MtDNA Link Paleoamericans and Modern Native Americans,” is available online.
on May 15, 2014