Most supposed impact indicators at 29 sites are too old or too young to be remnants of an ancient comet that proponents claim sparked climate change at the end of the Ice Age, killed America’s earliest people and caused a mass animal extinction

Controversy over what sparked the Younger Dryas, a brief return to near glacial conditions at the end of the Ice Age, includes a theory that it was caused by a comet hitting the Earth.

As proof, proponents point to sediments containing deposits they believe could result only from a cosmic impact.

Now a new study disproves that theory, said archaeologist David Meltzer, Southern Methodist University, Dallas. Meltzer is lead author on the study and an expert in the Clovis culture, the peoples who lived in North America at the end of the Ice Age. 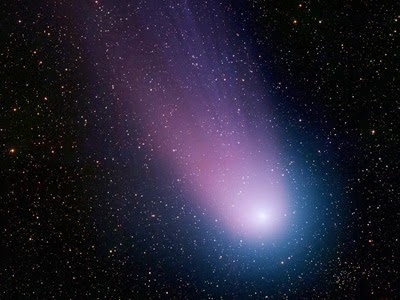 Meltzer’s research team found that nearly all sediment layers purported to be from the Ice Age at 29 sites in North America and on three other continents are actually either much younger or much older.

Scientists agree that the brief episode at the end of the Ice Age — officially known as the Younger Dryas for a flower that flourished at that time — sparked widespread cooling of the Earth 12,800 years ago and that this cool period lasted for 1,000 years. But theories about the cause of this abrupt climate change are numerous. They range from changes in ocean circulation patterns caused by glacial meltwater entering the ocean to the cosmic-impact theory.

Meltzer and his co-authors found that only three of 29 sites commonly referenced to support the cosmic-impact theory actually date to the window of time for the Ice Age.

The findings, “Chronological evidence fails to support claim of an isochronous widespread layer of cosmic impact indicators dated to 12,800 years ago,” were reported May 12, 2014, in the Proceedings of the National Academy of Sciences.

“The supposed impact markers are undated or significantly older or younger than 12,800 years ago,” report the authors. “Either there were many more impacts than supposed, including one as recently as 5 centuries ago, or, far more likely, these are not extraterrestrial impact markers.”

Dating of purported Younger Dryas sites proves unreliable
The Younger Dryas Impact Hypothesis rests heavily on the claim that there is a Younger Dryas boundary layer at 29 sites in the Americas and elsewhere that contains deposits of supposed extraterrestrial origin that date to a 300-year span centered on 12,800 years ago.

The deposits include magnetic grains with iridium, magnetic microspherules, charcoal, soot, carbon spherules, glass-like carbon containing nanodiamonds, and fullerenes with extraterrestrial helium, all said to result from a comet or other cosmic event hitting the Earth.

Meltzer and his colleagues tested that hypothesis by investigating the existing stratigraphic and chronological data sets reported in the published scientific literature and accepted as proof by cosmic-impact proponents, to determine if these markers dated to the onset of the Younger Dryas.

They sorted the 29 sites by the availability of radiometric or numeric ages and then the type of age control, if available, and whether the age control is secure.

The researchers found that three sites lack absolute age control: at Chobot, Alberta, the three Clovis points found lack stratigraphic context, and the majority of other diagnostic artifacts are younger than Clovis by thousands of years; at Morley, Alberta, ridges are assumed without evidence to be chronologically correlated with Ice Age hills 2,600 kilometers away; and at Paw Paw Cove, Maryland, horizontal integrity of the Clovis artifacts found is compromised, according to that site’s principal archaeologist.

The remaining 26 sites have radiometric or other potential numeric ages, but only three date to the Younger Dryas boundary layer.

At Wally’s Beach, Alberta, a radiocarbon age of 10,980 purportedly dates extraterrestrial impact markers from sediment in the skull of an extinct horse. In actuality, the date is from an extinct musk ox, and the fossil yielding the supposed impact markers was not dated, nor is there evidence to suggest that the fossils from Wally’s Beach are all of the same age or date to the Younger Dryas onset.

At nearly a dozen other sites, the authors report, the chronological results are neither reliable nor valid as a result of significant statistical flaws in the analysis, the omission of ages from the models, and the disregard of statistical uncertainty that accompanies all radiometric dates.

For example, Lake Cuitzeo, Mexico, Meltzer and his team used the data of previous researchers and applied a fifth-order polynomial regression, but it returned a different equation that put the cosmic-impact markers at a depth well above that which would mark the Younger Dryas onset.

The authors go on to point out that inferences about the ages of supposed Younger Dryas boundary layers are unsupported by replication in more cases than not.

Meltzer is the Henderson-Morrison Professor of Prehistory in the SMU Department of Anthropology in Dedman College and a member of the National Academy of Sciences.


Contacts and sources:
Margaret Allen
Southern Methodist University
on May 13, 2014