Cats eat more during the winter and owners should give their pet more food during this time, University of Liverpool research has found.

Researchers from the University's School of Veterinary Science, in collaboration with colleagues at the Royal Canin Research Centre in France, spent four years monitoring how much cats chose to eat, and found that food intake increased in colder months and decreased during the summer. 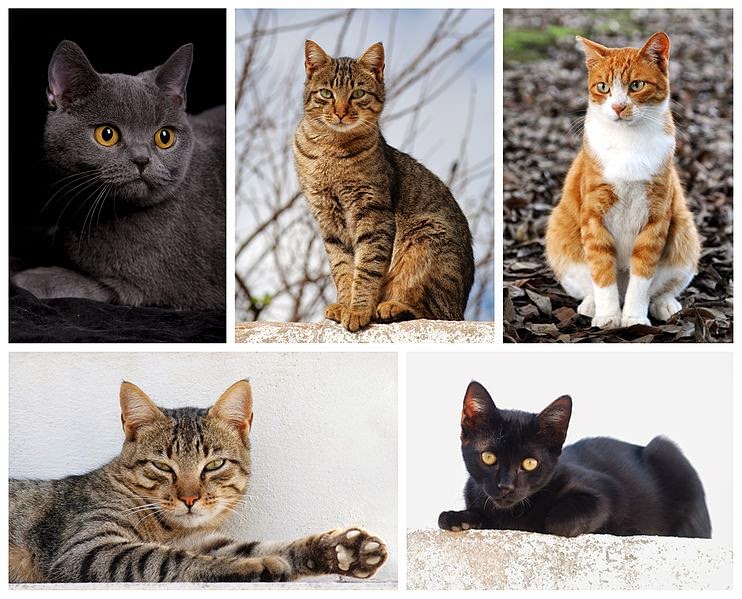 The 38 cats studied had a microchip on their collar which allowed them to take as much food as they wanted from a dispenser which only opened for them. At the same time, this microchip recorded how much the cat had eaten and when.

Veterinarian and study author, Dr Alex German, said: "Cats, like many humans are more inclined to comfort eat when it's cold outside but, in their case, it's likely to be due to the extra energy they need to keep warm when out and about."

The study found that cats ate approximately 15% less food during summer, and the vets have concluded that the extra effort to keep warm in winter and the temptation to rest during hot summer days contributed to the swing in activity levels during the year.

The cats were all inhabitants of a centre in southern France where they were allowed to play and exercise outside all year round. The cats were of mixed breeds, ages and genders. Data on food was compared to the climate in the area using computer modelling to provide information about how the temperature changed over the year.

Seasonal food intake has also been examined in the past on farm animals, such as dairy cows, to establish new ways of increasing milk production, but this is the largest study that has yet taken place with domestic cats.

Dr German said: "People should consider the amount of food their cats need at different times of year as this can be part of helping them to maintain a healthy weight."