Brain Scanning For Evidence: How Police Could Use fMRI

If conventional lie detector machines, polygraphs, have been endlessly debunked and shown not to provide admissible nor even valid evidence, then the 21st Century tool of choice for reading the minds of witnesses and putative criminals may well be the brain scanner.

More specifically, the kind of functional magnetic resonance imaging (fMRI) that can seemingly probe our inner selves and reveal the flow of blood in the different regions of the brain that light up when we lie. 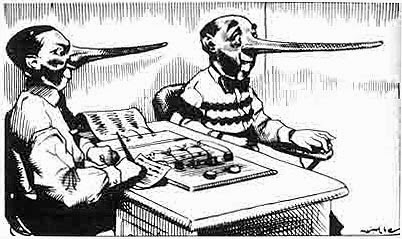 Writing in the International Journal of Liability and Scientific Enquiry this month, Edward Johnston and Daniel Jasinski of the University of the West of England -UWE, in Bristol, UK, discuss the advantages and disadvantages of such neuroscientific evidence from fMRI that may or may not provide a valid deposition in a criminal case of the future.

In their exploratory research paper they point out that such neuroscientific evidence is not yet admissible in a court in England or Wales. It has not even been used in pre-trial evidence gathering. However, fMRI evidence is finding utility in international courtrooms in the USA, most notably.

In England and Wales, there have been legal experiments undertaken at the pre-charge stage using both conventional polygraphs with suspected criminals of low risk who have volunteered to be assessed using these technologies. The benefits for the police being that they might accelerate the charging process or more quickly dismiss a suspect for which evidence is scant and the questioning during an fMRI brain scan does not point to guilt. Research suggests that fMRI is 99 percent accurate in identifying when a person is lying in responding to questions. 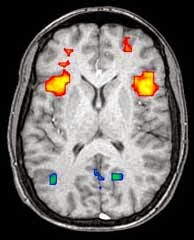 Johnston and Jaskinski point out that the use of fMRI in a legal context "is potentially groundbreaking", they note that it might be possible for witness testimony to be validated by fMRI. It could even be used to detect juror bias in a trial.

"The assistance to the defence that could be provided by neuroscientific evidence could further balance the equality of arms in an adversarial justice system," the team suggests. "There [now] needs to be consideration of how the results of neuroscientific analysis will be presented to the jury.

Science is moving at a great speed and these techniques are likely to become more refined and advanced in the future. As such, due regard must be paid to both the due process rights of defendants and the impact of this evidence on the adversarial notion of our criminal justice system. "Indeed, for the sake of our adversarial criminal justice system, it is important for the law to keep up," the team concludes.