Some Sun-like stars are ‘Earth-eaters.’ During their development they ingest large amounts of the rocky material from which ‘terrestrial’ planets like Earth, Mars and Venus are made. 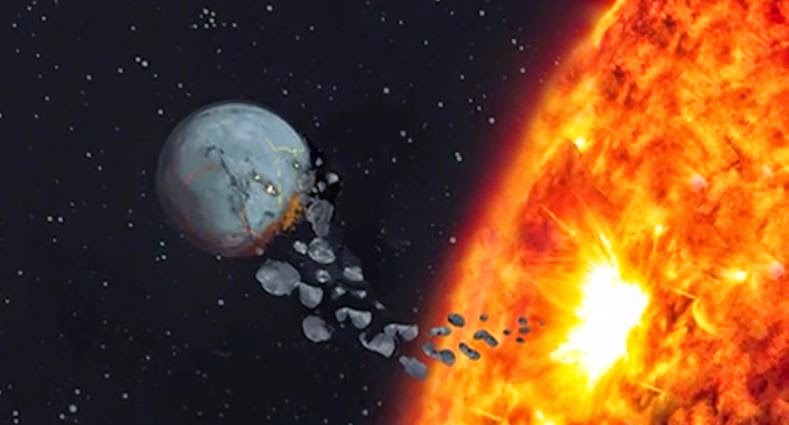 Trey Mack, a graduate student in astronomy at Vanderbilt University, has developed a model that estimates the effect that such a diet has on a star’s chemical composition and has used it to analyze a pair of twin stars that both have their own planets.

The results of the study were published online May 7 in the Astrophysical Journal.

“Trey has shown that we can actually model the chemical signature of a star in detail, element by element, and determine how that signature is changed by the ingestion of Earth-like planets,” said Vanderbilt Professor of Astronomy Keivan Stassun, who supervised the study. “After obtaining a high-resolution spectrum for a given star, we can actually detect that signature in detail, element by element.”

This ability will add substantially to astronomers’ understanding of the process of planet formation as well as assist in the ongoing search for Earth-like exoplanets, according to the astronomers.

First, some background: Stars consist of more than 98 percent hydrogen and helium. All the other elements make up less than 2 percent of their mass. Astronomers have arbitrarily defined all the elements heavier than hydrogen and helium as metals and have coined the term “metallicity” to refer to the ratio of the relative abundance of iron to hydrogen in a star’s chemical makeup.

Since the mid-1990’s, when astronomers developed the capability to detect extrasolar planets in large numbers, there have been several studies that attempt to link star metallicity with planet formation. In one such study, researchers at Los Alamos National Laboratory argued that stars with high metallicity are more likely to develop planetary systems than those with low metallicity. Another study concluded that hot Jupiter-sized planets are found predominantly circling stars with high metallicity while smaller planets are found circling stars with a wide range of metal content. 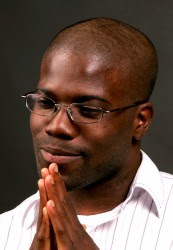 Building on the work of coauthor Simon Schuler of theUniversity of Tampa, who expanded the examination of stars’ chemical composition beyond their iron content, Mack took this type of analysis a step further by looking at the abundance of 15 specific elements relative to that of the Sun. He was particularly interested in elements like aluminum, silicon, calcium and iron that have melting points higher than 1,200 degrees Fahrenheit (600 degrees Celsius) because these are the refractory materials that serve as building blocks for Earth-like planets.

Mack, Schuler and Stassun decided to apply this technique to the planet-hosting binary pair designated HD 20781 and HD 20782. Both stars should have condensed out of the same cloud of dust and gas and so both should have started with the same chemical compositions. This particular binary pair is the first one discovered where both stars have planets of their own.

Both of the stars in the binary pair are G-class dwarf stars similar to the Sun. One star is orbited closely by two Neptune-size planets. The other possesses a single Jupiter-size planet that follows a highly eccentric orbit. The difference in their planetary systems make the two stars ideal for studying the connection between exoplanets and the chemical composition of their stellar hosts.

When they analyzed the spectrum of the two stars the astronomers found that the relative abundance of the refractory elements was significantly higher than that of the Sun. They also found that the higher the melting temperature of a particular element, the higher was its abundance, a trend that serves as a compelling signature of the ingestion of Earth-like rocky material. They calculated that each of the twins would have had to consume an additional 10-20 Earth-masses of rocky material to produce the chemical signatures. Specifically, the star with the Jupiter-sized planet appears to have swallowed an extra ten Earth masses while the star with the two Neptune-sized planets scarfed down an additional 20.

The results support the proposition that a star’s chemical composition and the nature of its planetary system are linked.


What if we could determine if a given star is likely to host a planetary system like our own by breaking down its light into a single high-resolution spectrum and analyzing it? A spectrum taken of the Sun is shown above. The dark bands result from specific chemical elements in the star’s outer layer, like hydrogen or iron, absorbing specific frequencies of light. By carefully measuring the width of each dark band, astronomers can determine just how much hydrogen, iron, calcium and other elements are present in a distant star. The new model suggests that a G-class star with levels of refractory elements like aluminum, silicon and iron significantly higher than those in the Sun may not have any Earth-like planets because it has swallowed them. 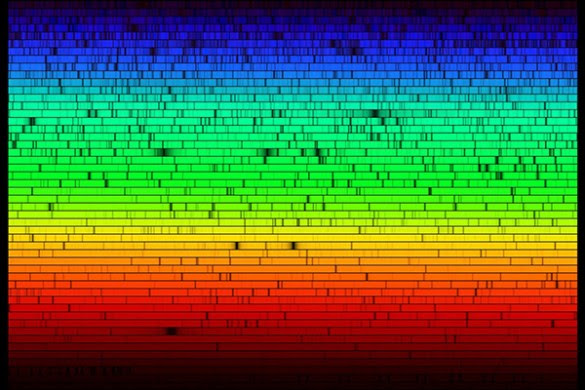 “With the right amount of pulling and tugging, a gas giant can easily force a rocky planet to plunge into the star. If enough rocky planets fall into the star, they will stamp it with a particular chemical signature that we can detect.”

Following this logic, it is unlikely that either of the binary twins possesses terrestrial planets. At one twin, the two Neptune-sized planets are orbiting the star quite closely, at one-third the distance between the Earth and the Sun. At the other twin, the Jupiter-sized planet spends a lot of time in the outer reaches of the planetary system but it’s eccentric orbit also brings It in extremely close to the star. The astronomers speculate that the reason the star with the two Neptune-size planets ingested more terrestrial material than its twin was because the two planets were more efficient at pushing material into their star than the single Jupiter-sized planet was at pushing material into its star. 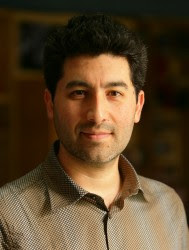 If the chemical signature of G-class stars that swallow rocky planets proves to be universal, “when we find stars with similar chemical signatures, we will be able to conclude that their planetary systems must be very different from our own and that they most likely lack inner rocky planets,” said Mack. “And when we find stars that lack these signatures, then they are good candidates for hosting planetary systems similar to our own.”

Added Stassun: “This work reveals that the question of whether and how stars form planets is actually the wrong thing to ask. The real question seems to be how many of the planets that a star makes avoid the fate of being eaten by their parent star?”