Artificial Lung The Size Of A Sugar Cube Developed

What medications can be used to treat lung cancer, and how effective are they? Until now, drug companies have had to rely on animal testing to find out. But in the future, a new 3D model lung is set to achieve more precise results and ultimately minimize – or even completely replace – animal testing. 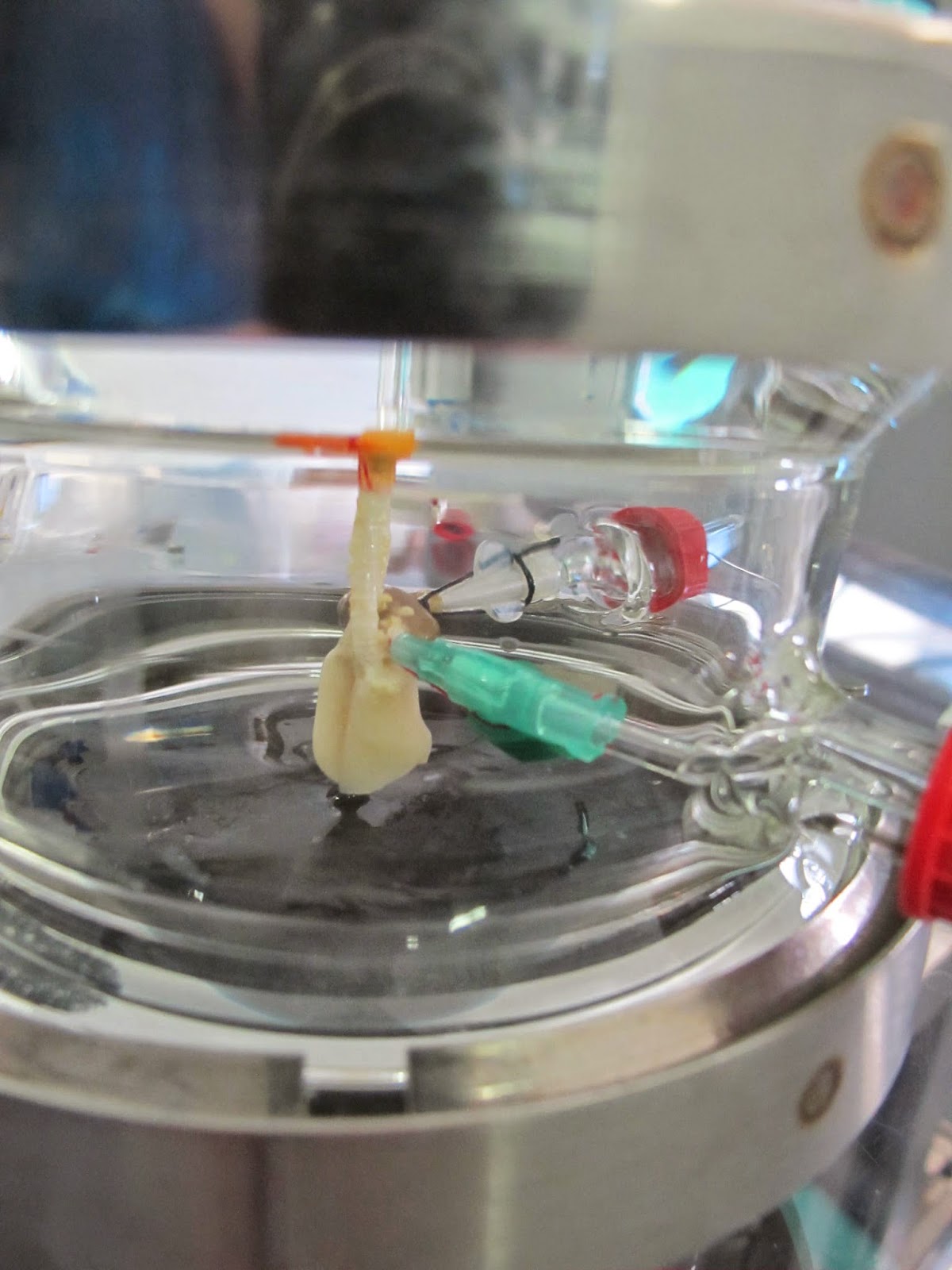 Lung cancer is a serious condition. Once patients are diagnosed with it, chemotherapy is often their only hope. But nobody can accurately predict whether or not this treatment will help. To start with, not all patients respond to a course of chemotherapy in exactly the same way. And then there’s the fact that the systems drug companies use to test new medications leave a lot to be desired.

“Animal models may be the best we have at the moment, but all the same, 75 percent of the drugs deemed beneficial when tested on animals fail when used to treat humans,” explains Prof. Dr. Heike Walles, head of the Würzburg-based “Regenerative Technologies for Oncology” project group belonging to the Fraunhofer Institute for Interfacial Engineering and Biotechnology IGB.

These tests are set to achieve better results in the future: “We’ve developed an innovative 3D test system that allows us to superbly simulate what happens in the human body. Our plan is for this system to replace animal tests in the future,” says Walles. Essentially what the researchers have done is to recreate the human lung in miniature – with a volume of half a cubic centimeter, each model is no bigger than a sugar cube.

In a parallel effort, scientists at the Department of Bioinformatics at the University of Würzburg are working up computer simulation models for different patient groups. These are necessary because patients may have genetic variations that inhibit therapies from having the desired effect. Comparing the theoretical and biological models allows each research group to optimize their results.

The biological model is based human lung cancer cells growing on tissue. Thus an artificial lung is created. A bioreactor is used to make it breathe and to pump a nutrient medium through its blood vessels in the same way our bodies supply our lungs with blood. The reactor also makes it possible to regulate factors such as how fast and deeply the model lung breathes.

With the scientists having managed to construct the lung tissue, Walles is delighted to report that “treatments that generate resistance in clinics do the same in our model.” Researchers are now planning to explore the extent to which their artificial lung can be used to test new therapeutic agents. Should resistance crop up during testing, doctors can opt to treat the patient with a combination therapy from the outset and thus side-step the problem.

Thinking long-term, there is even the possibility of creating an individual model lung for each patient. This would make it possible to accurately predict which of the various treatment options will work. The required lung cells are collected as part of the biopsy performed to allow doctors to analyze the patient’s tumor.

On the trail of metastases

Testing new medications is by no means the only thing the model lung can be used for. It is also designed to help researchers to better understand the formation of metastases; it is these that often make a cancer fatal. “As metastases can’t be examined in animals – or in 2D models where cells grow only on a flat surface – we’ve only ever had a rough understanding of how they form. Now for the first time, our 3D lung tissue makes it possible to perform metastases analysis,” explains Walles. “In the long term, this may enable us to protect patients from metastases altogether.”

In order to travel through the body, tumor cells alter their surface markers – in other words, the molecules that bind them to a particular area of the body. Cancer cells are then free to spread throughout the body via the body’s circulatory system before taking up residence somewhere else by expressing their original surface markers. The scientists plan to use their model lung’s artificial circulatory system to research exactly how this transformation occurs. And in doing so, they may someday succeed in developing medication that will stop metastases from forming in the first place.

From June 23-26, researchers will be presenting their new model at the BIO International Convention in San Diego, California (Germany Pavilion, Booth 4513-03).