Some of the most famous and devastating natural disasters in history relate to volcano eruptions. It is estimated that more than 260 000 people have died in the past 300 years from eruptions and their aftermath. But volcanoes should not be judged as purely destructive forces - they may also have played a vital part in ensuring life could evolve on Earth and they may now be helping to slow down the warming of the atmosphere. 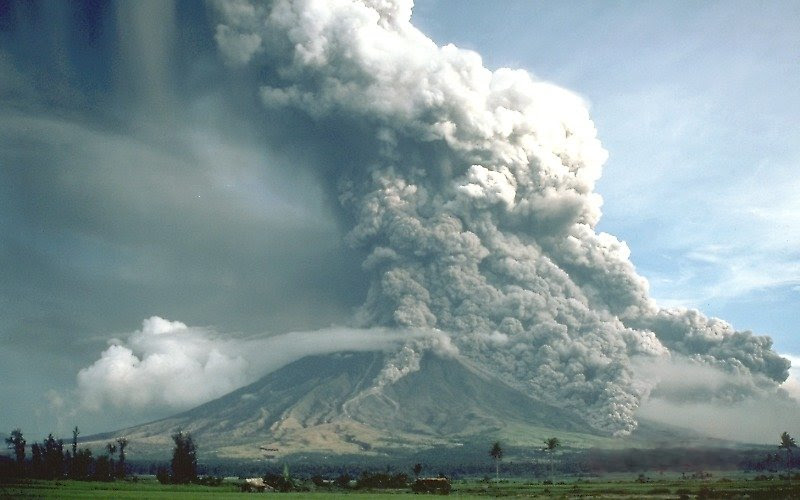 According to New Scientist, we now have the best evidence yet that volcanoes were responsible for pulling the Earth out of period of frigid chill over 600 million years ago. This may make them the driving force for evolutionary explosions that made life more diverse and laid the foundations for future animal species.

New Scientist reports that Ryan McKenzie of the University of Texas at Austin and colleagues have shown that volcanism may have shaped life during the crucial Cambrian period. McKenzie's study of volcanic rocks from early in life's evolutionary story shows that volcanic eruptions coincided with a change in the climate from frigid chill to sweltering heat.

This swing, and the way it affected the oceans, caused an explosion of evolutionary diversity, followed by a mass extinction when temperatures got too hot. Then, when Gondwana had formed and the volcanism died down, the planet cooled and life began to bloom again.

Volcanic activity during the formation of Gondwana had previously been suggested as a driver of these violent changes, but McKenzie's new evidence (based on counts of zircon crystals formed in particular volcanic eruptions) strengthens the argument.

Volcanoes are also getting good press in the Guardian which reports on a study which focused extensively on volcanoes as a factor in the slowed warming of the atmosphere. In the study, Dr. Ben Santer and colleagues asked whether small volcanoes could be causing a slight reduction in the amount of sunlight that reaches the Earth.

The Guardian quotes co-author Carl Mears who says, 'We were able to show that part of the cause of the recent lack of temperature increase is the large number of minor volcanic eruptions during the last 15 years. The ash and chemicals from these eruptions caused less sunlight than usual to arrive at the Earth's surface, temporarily reducing the amount of temperature increase we measured at the surface and in the lower troposphere.

The most recent round of climate models studied for the IPCC report did not adequately include the effects of these volcanoes, making their predictions show too much warming. For climate models to make accurate predictions, it is necessary that the input data that is fed into the model is accurate. Examples of input data include information about changes in greenhouse gases, atmospheric particles and solar output.'