A new study from the University of Toronto Scarborough suggests the search for life on planets outside our solar system may be more difficult than previously thought.

The study, authored by a team of international researchers led by UTSC Assistant Professor Hanno Rein from the Department of Physical and Environmental Science, finds the method used to detect biosignatures on such planets, known as exoplanets, can produce a false positive result. 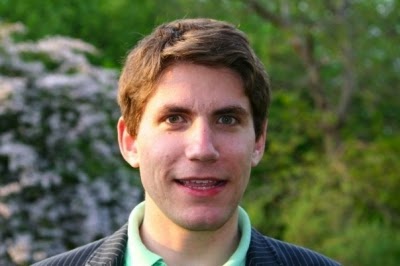 “You wouldn’t be able to distinguish between them because they are so far away that you would see both in one spectrum,” says Rein.

The resolution needed to properly identify a genuine biosignature from a false positive would be impossible to obtain even with telescopes available in the foreseeable future, says Rein.

“A telescope would need to be unrealistically large, something one hundred metres in size and it would have to be built in space,” he says. “This telescope does not exist, and there are no plans to build one any time soon.”

Current methods can estimate the size and temperature of an exoplanet planet in order to determine whether liquid water could exist on the planet’s surface, believed to be one of the criteria for a planet hosting the right conditions for life.

While many researchers use modeling to imagine the atmosphere of these planets, they still aren’t able to make conclusive observations, says Rein. “We can’t get an idea of what the atmosphere is actually like, not with the methods we have at our disposal.”

There are 1,774 confirmed exoplanets known to exist, but there could be more than 100 billion planets in the Milky Way Galaxy alone. Despite the results, Rein is optimistic the search for life on planets outside our own is possible if done the right way.

The artist's rendering depicts the multiple planet systems discovered by NASA's Kepler mission. Out of hundreds of candidate planetary systems, scientists had previously verified six systems with multiple transiting planets (denoted here in red). Now, Kepler observations have verified planets (shown here in green) in 11 new planetary systems. Many of these systems contain additional planet candidates that are yet to be verified (shown here in dark purple). For reference, the eight planets of our Solar System are shown in blue along the left edge of the image. 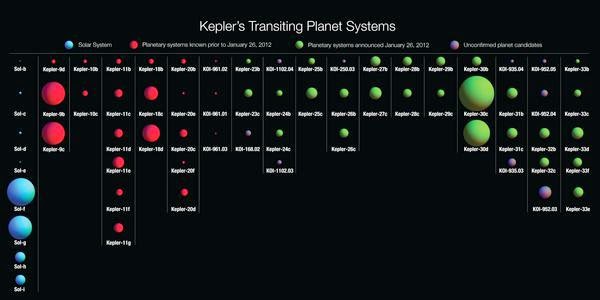 “We should make sure we are looking at the right objects,” he says, adding that the search for life within our solar system should remain a priority. He points to the recent discovery of a liquid ocean on Enceladus, one of Saturn’s larger moons, as a prime example.

“As for exoplanets we want to broaden the search and study planets around stars that are cooler and fainter than our own Sun. One example is the recently discovered planet Kepler-186f, which is orbiting an M-dwarf star,” says Rein.

Rein says locating a planet in a habitable zone while being able to obtain a good resolution to model the atmosphere will help determine what’s on the planet.

“There are plenty of reasons to be optimistic that we will find hints of extraterrestrial life within the next few decades, just maybe not on an Earth-like planet around a Sun-like star.”

Contacts and sources:
Hanno Rein
University of Toronto
on April 29, 2014