What lives in the deepest part of the ocean--the abyss?

A team of researchers funded by the National Science Foundation (NSF) will use the world's only full-ocean-depth, hybrid, remotely-operated vehicle, Nereus, and other advanced technology to find out. They will explore the Kermadec Trench at the bottom of the Pacific Ocean.

The trench, located off New Zealand, is the fifth deepest trench in the world. Its maximum depth is 32,963 feet or 6.24 miles (10,047 meters). It's also one of the coldest trenches due to the inflow of deep waters from Antarctica.

The 40-day expedition to the Kermadec Trench, which begins on April 12, 2014, kicks off a three-year collaborative effort.

The project, known as the Hadal Ecosystem Studies Project (HADES), will conduct the first systematic study of life in ocean trenches, comparing it to the neighboring abyssal plains--flat areas of the seafloor usually found at depths between 9,843 and 19,685 feet (3,000 and 6,000 meters).

"The proposal to study the deep-sea environment as part of HADES was high-risk, but, we hope, also high-reward," says David Garrison, program director in NSF's Division of Ocean Sciences, which funds HADES. "Through this exciting project, we will shine a light into the darkness of Earth's deep-ocean trenches, discovering surprising results all along the way."

Among least-explored environments on Earth

A result of extreme pressures in these deep-sea environments and the technical challenges involved in reaching them, ocean trenches remain among the least-explored environments on the planet.

"We know relatively little about life in ocean trenches--the deepest marine habitats on Earth," says Tim Shank, a biologist at the Woods Hole Oceanographic Institution, one of the participating organizations.

"We didn't have the technology to do these kinds of detailed studies before. This will be a first-order look at community structure, adaptation and evolution: how life exists in the trenches."

NSF HADES principal investigators are Shank, Jeff Drazen of the University of Hawaii and Paul Yancey of Whitman College.


A crustacean on the edge of the Marianas Trench in the central Pacific Ocean. 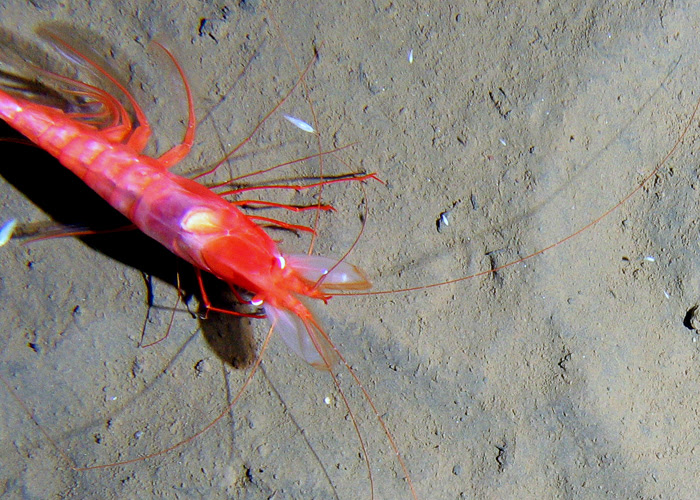 Credit: Alan Jamieson, Oceanlab, University of Aberdeen
Telepresence technology aboard the research vessel Thomas G. Thompson will allow the public to share in the discoveries. Live-streaming Web events from the seafloor will include narration from the science team.

The researchers' work will also be chronicled in video, still images and blog updates on the expedition website.

How does life exist in a deep-sea trench?

What marine animals live in the Kermadec Trench, and how do they survive the crushing pressures found at that depth--some 15,000 pounds per square inch? These are among the questions the scientists will try to answer.

Denizen of The Deep. NSF HADES Project scientists hope to find out what else lives in the abyss. 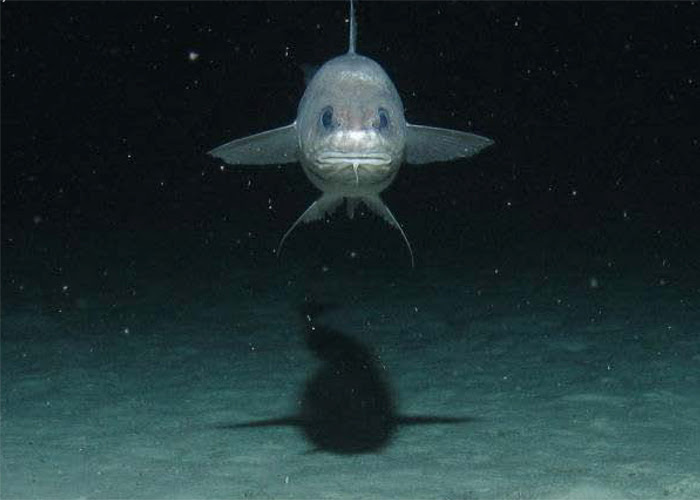 The biologists plan to conduct research at 15 stations, including sites in shallow water for testing purposes, sites along the trench axis and sites in the abyssal plain.

At each one, they will deploy free-falling, full-ocean-depth, baited imaging landers called Hadal-Landers and "elevators" outfitted with experimental equipment--including respirometers to see how animal metabolism functions, plus water-sampling bottles to investigate microbial activity.

The team will use Nereus, which can remain deployed for up to 12 hours, to collect biological and sediment samples.

Nereus will stream imagery from its video camera to the ship via a fiber-optic filament about the width of human hair.

The expedition will build on earlier studies of the Kermadec Trench by Jamieson and colleagues at the National Institute of Water and Atmospheric Research and the University of Tokyo. Using the Hadal-Lander, they documented new species of animals in the Kermadec and other trenches in the Pacific.

Once thought devoid of life, trenches may be home to many unique species. There is growing evidence that food is plentiful there. While it is still unclear why, organic material in the ocean may be transported by currents and deposited into the trenches.

Major Pacific Ocean trenches (1-10) and fracture zones (11-20); Kermadec Trench is at number one. 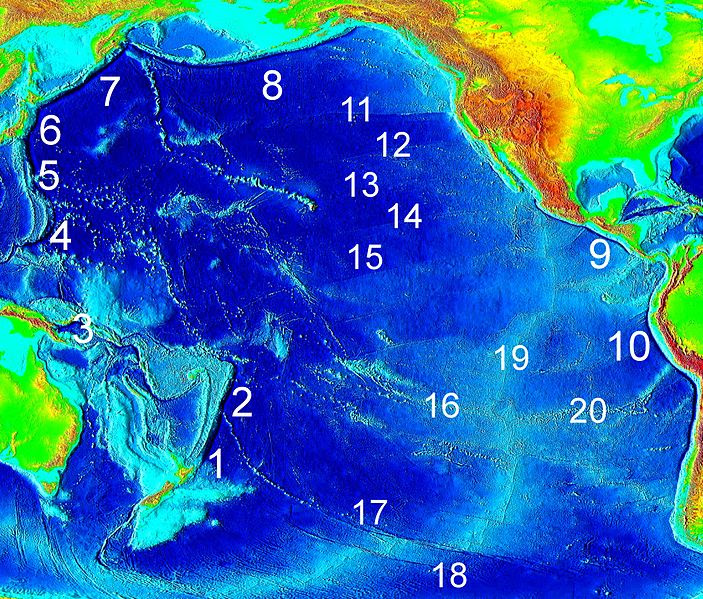 In addition to looking at how food supply varies at different depths, the researchers will investigate the role energy demand and metabolic rates of trench organisms play in animal community structure.

"The energy requirements of hadal animals have never been measured," says Drazen, who will lead efforts to study distribution of food supply and the energetic demands of the trench organisms.

How animals in the trenches evolved to withstand high pressures is unknown, but Shank's objective is to compare the genomes of trench animals to piece together how they can survive there.

Life in trenches like the Kermadec: How do animals survive there?
Credit: Alan Jamieson, Oceanlab, University of Aberdeen

"The challenge is to determine whether life in the trenches holds novel evolutionary pathways that are distinct from others in the oceans," he says.

Water pressure, which at depths found in ocean trenches can be up to 1,100 times that at the surface, is known to inhibit the activity of certain proteins.

Yancey will investigate the role that piezolytes--small molecules that protect proteins from pressure--play in the adaptation of trench animals. Piezolytes, which Yancey discovered, may explain previous findings that not all deep-sea proteins are able to withstand high pressures.

"We're trying to understand how life can function under massive pressures in the hadal zone," says Yancey. "Pressure might be the primary factor determining which species are able to live in these extreme environments."

This cusk eel shares the depths of the Marianas Trench with the crustacean in the image above. 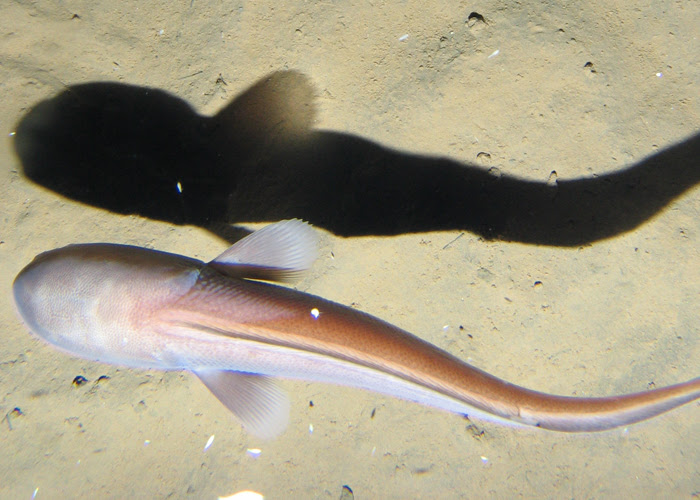 Credit: Alan Jamieson, Oceanlab, University of Aberdeen
"The bulk of our knowledge of trenches is only from snapshot visits using mostly trawls and camera landers," Shank says.

"Only detailed systematic studies will reveal the role trenches may play as the final location of where most of the carbon and other chemicals are sequestered in the oceans."