A new study rules out alternative explanation for genetic similarities between the archaic hominid and people in Europe and Asia today.


Technical objections to the idea that Neandertals interbred with the ancestors of Eurasians have been overcome, thanks to a genome analysis method described in the April 2014 issue of the journal GENETICS. The technique can more confidently detect the genetic signatures of interbreeding than previous approaches and will be useful for evolutionary studies of other ancient or rare DNA samples. 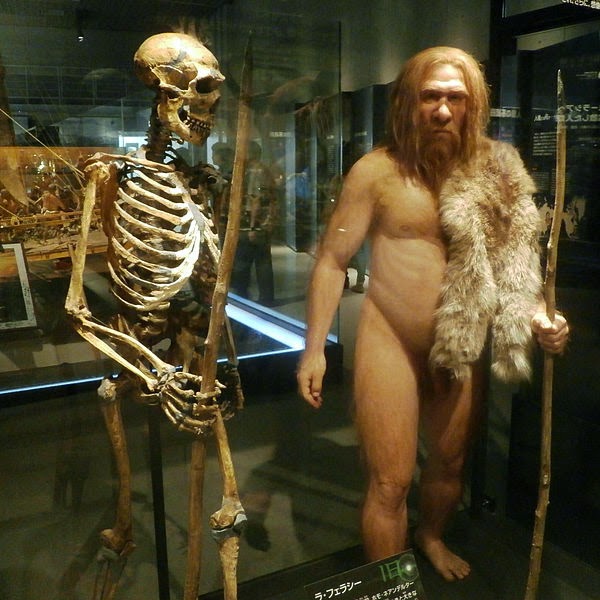 “Our approach can distinguish between two subtly different scenarios that could explain the genetic similarities shared by Neandertals and modern humans from Europe and Asia,” said study co-author Konrad Lohse, a population geneticist at the University of Edinburgh.

The first scenario is that Neandertals occasionally interbred with modern humans after they migrated out of Africa. The alternative scenario is that the humans who left Africa evolved from the same ancestral subpopulation that had previously given rise to the Neandertals.

Many researchers argue the interbreeding scenario is more likely, because it fits the genetic patterns seen in studies that compared genomes from many modern humans. But the new approach completely rules out the alternative scenario without requiring all the extra data, by using only the information from one genome each of several types: Neandertal, European/Asian, African and chimpanzee.

The same method will be useful in other studies of interbreeding where limited samples are available. “Because the method makes maximum use of the information contained in individual genomes, it is particularly exciting for revealing the history of species that are rare or extinct,” said Lohse. In fact, the authors originally developed the method while studying the history of insect populations in Europe and island species of pigs in South East Asia, some of which are extremely rare.

Lohse cautions against reading too much into the fact that the new method estimates a slightly higher genetic contribution of Neandertals to modern humans than previous studies. Estimating this contribution is complex and is likely to vary slightly between different approaches.

“This work is important because it closes a hole in the argument about whether Neandertals interbred with humans. And the method can be applied to understanding the evolutionary history of other organisms, including endangered species,” said Mark Johnston, Editor-in-Chief of the journal GENETICS.

Citation: The final version of the article will be published online on April 10, at 9 AM US EDT. Until then, an Early Online version is available athttp://www.genetics.org/content/early/2014/02/10/genetics.114.162396.full.pdf