How A Plant Beckons The Bacteria That Will Do It Harm

A common plant puts out a welcome mat to bacteria seeking to invade, and scientists have discovered the mat's molecular mix.

The study published this week in the Proceedings of the National Academy of Sciences reveals new targets during the battle between microbe and host that researchers can exploit to protect plants.

Infection of tomatoes by Pseudomonas syringae 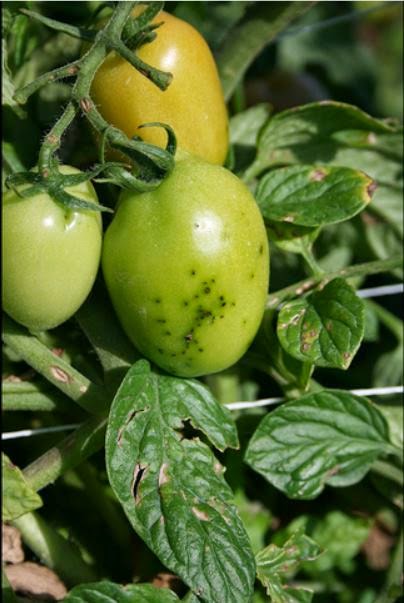 The team showed that the humble and oft-studied plant Arabidopsisputs out a molecular signal that invites an attack from a pathogen. It's as if a hostile army were unknowingly passing by a castle, and the sentry stood up and yelled, "Over here!" — focusing the attackers on a target they would have otherwise simply passed by.

"This signaling system triggers a structure in bacteria that actually looks a lot like a syringe, which is used to inject virulence proteins into its target. It's exciting to learn that metabolites excreted by the host can play a role in triggering this system in bacteria," said Thomas Metz, an author of the paper and a chemist at the Department of Energy's Pacific Northwest National Laboratory.

The findings come from a collaboration of scientists led by Scott Peck of the University of Missouri that includes researchers from Missouri, the Biological Sciences Division at PNNL, and EMSL, DOE's Environmental Molecular Sciences Laboratory.

The research examines a key moment in the relationship between microbe and host, when a microbe recognizes a host as a potential target and employs its molecular machinery to pierce it, injecting its contents into the plant's cells — a crucial step in infecting an organism.

The work focused on bacteria known as Pseudomonas syringae pv. tomato DC3000, which can ruin tomatoes as well asArabidopsis. The bacteria employ a molecular system known as the Type 3 Secretion System, or T3SS, to infect plants. In tomatoes, the infection leads to unsightly brown spots. 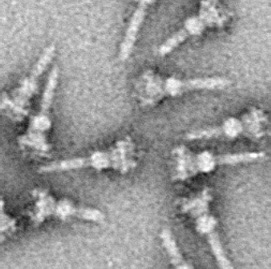 Peck's team at the University of Missouri had discovered a mutant type of the plant, known as Arabidopsis mkp1, which is resistant to infection by Pseudomonas syringae. The Missouri and PNNL groups compared levels of metabolites in Arabidopsisto those in the mutant mkp1 form of the plant. Peck's group used those findings as a guide to find the compounds that had the biggest effect — a combination that invites infection.

The researchers discovered a group of five acids that collectively had the biggest effect on turning on the bacteria's T3SS: pyroglutamic, citric, shikimic, 4-hydroxybenzoic, and aspartic acids.

They found that the mutant has a much lower level of these cellular products on the surface of the plant than found in normal plants. Since the resistant plants don't have high levels of these acids, it stops the bacteria from unfurling the "syringe" in the presence of the plant. But when the combination of acids is introduced onto mkp1, it quickly becomes a target for infection.

"We know that microbes can disguise themselves by altering the proteins or molecules that the plant uses to recognize the bacteria, as a strategy for evading detection," said Peck, associate professor of biochemistry at the University of Missouri and lead author of the PNAS paper. "Our results now show that the plant can also disguise itself from pathogen recognition by removing the signals needed by the pathogen to become fully virulent."

While Peck's study focused on bacteria known mostly for damaging tomatoes, the findings also could have implications for people. The same molecular machinery employed by Pseudomonas syringae is also used by a host of microbes to cause diseases that afflict people, including salmonella, the plague, respiratory disease, and chlamydia.

On the energy front, the findings will help scientists grow plants that can serve as an energy source and are more resistant to infection. Also, a better understanding of the signals that microbes use helps scientists who rely on such organisms for converting materials like switchgrass and wood chips into useable fuel.

The work opens the door to new ways to rendering harmful bacteria harmless, by modifying plants so they don't become invasive.

"There isn't a single solution for disease resistance in the field, which is part of the reason these findings are important," said Peck. "The concept of another layer of interaction between host and microbe provides an additional conceptual strategy for how resistance might be manipulated. Rather than trying to kill the bacteria, eliminating the recognition signals in the plant makes the bacteria fairly innocuous, giving the natural immune system more time to defend itself."

The research was funded by the National Science Foundation, and some of the research took place at EMSL. PNNL authors of the paper include Metz, Young-Mo Kim, and Ljiljana Pasa-Tolic. Missouri authors include Peck, Ying Wan, and first author Jeffrey C. Anderson.