The pattern of brain alterations may be similar in several different neurodegenerative diseases, which opens the door to alternative therapeutic strategies to tackle these diseases


Diseases of the central nervous system are a big burden to society. According to estimates, they cost EUR 800 billion per year in Europe. And for most of them, there is no definitive cure. This is true, for example, for Parkinson disease. Although good treatments exist to manage its symptoms, they become more and more ineffective as the disease progresses. 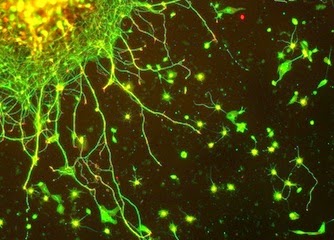 
Now, the EU-funded REPLACES project, completed in 2013, which associated scientists with clinicians, has shed light on the abnormal working of a particular brain circuitry related to Parkinson’s disease. The results of the project suggest that these same circuits are implicated in different forms of pathologies. And this gives important insights into the possible common links between neurodegenerative diseases such as Parkinson and intellective disabilities or autism.

Existing treatments for Parkinson are very effective at the beginning. When the disease progresses, however, drugs, such as levodopa and so-called dopamine agonists, produce side effects that are sometimes even worse than the initial symptoms of the condition. In particular, they cause a complication called dyskinesia, characterised by abnormal involuntary movements. Therapies are therefore sought that allow better management of symptoms.

The project focused on the study of a highly plastic brain circuitry, which connects regions of the cerebral cortex with the basal ganglia. It is involved in very important functions such as learning and memory. “This system, based on glutamate as a mean of signalling between neurons, has also been discovered to be damaged in Parkinson disease,” saysMonica Di Luca, professor of neuropharmacology at the University of Milan, Italy, and the project coordinator. She adds: “Parkinson’s more well-known and characteristic trait is the selective loss of cells producers of neurotransmitter dopamine.”

Researchers involved into the project studied the function and plasticity of this circuit in different animal models of Parkinson disease, from mice to non-human primates. They found that exactly the same alterations were present and conserved. This makes it an interesting and alternative target for trying to re-establish the correct functioning and reverse the symptoms of the disease.

One expert agrees with the need to target alternative target systems. 'What researchers are trying to do is to intervene to modulate other systems that do not involve dopamine and obtain a better symptoms management,' explains Erwan Bezard, a researcher at the Neurodenerative Diseases Institute at the University of Bordeaux, in France. He also works on alternative targets in Parkinson disease. In monkeys, compounds that target glutamate receptors, used in combination with traditional drugs, have previously shown to improve some deficits in voluntary motor control.

But the research has also shed some light into apparently unrelated diseases. It is becoming more and more obvious that the same alterations in the working of the communication systems among neurons are shared among different diseases. 'This is why we speak about ‘synaptopathies’: there are common players among Parkinson disease, autism and other forms of intellectual disabilities and even schizophrenia. Several of the mutated genes are the same, and affect the signalling systems through common molecules,' says Claudia Bagni, who works on synaptic plasticity in the context of intellectual disabilities at the University of Leuven, in Belgium and University of Rome Tor Vergata, in Italy. 'For example, the glutamatergic system is also affected in the X-fragile syndrome, the most common form of inherited intellectual disability.'

Progress is in sight thanks to a much better understanding of the working of the abnormal synapses in Parkinson disease, and experiments performed in monkeys showing encouraging results. Indeed, 'the team studied human primates, the model system closest to humans, and therefore their findings are relevant to human health.' says Bagni. Project researchers hope the door is now opened for the first clinical trials in humans. 'We have identified a potential new target for treatment, and tested a couple of molecules in animals,” says Di Luca, the “next step would be to find a partnership with pharmaceutical industries interested in pursuing this research.'


Contacts and sources:
by Chiara Palmerini
youris.com
on April 28, 2014