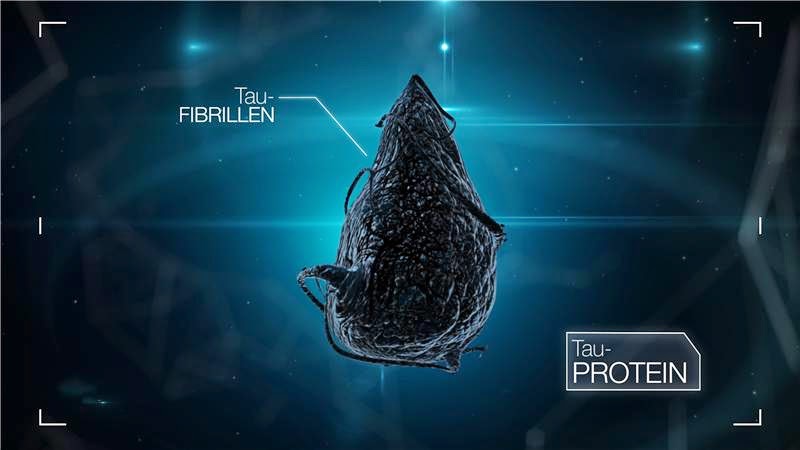 The two-years project was supported with 30,000 Euro from the non-profit Alzheimer Forschung Initiative e.V. (AFI) and with 50,000 Euro from the French Partner organization LECMA. The initial results were published in the online edition of the journal "Neurobiology of Aging."

Tau deposits, along with beta-amyloid plaques, are among the characteristic features of Alzheimer's disease. These protein deposits disrupt the communication of the nerve cells in the brain and contribute to their degeneration. Despite intensive research there is no drug available to date which can prevent this detrimental process. Based on the results of Prof. Dr. Christa Müller from the University of Bonn, Dr. David Blum and their team, a new class of drugs may now be developed for the treatment of Alzheimer’s disease.

Caffeine, an adenosine receptor antagonist, blocks various receptors in the brain which are activated by adenosine. Initial results of the team of researchers had already indicated that the blockade of the adenosine receptor subtype A2A in particular could play an important role. Initially, Prof. Müller and her colleagues developed an A2A antagonist in ultrapure and water-soluble form (designated MSX-3). This compound had fewer adverse effects than caffeine since it only blocks only the A2A adenosine receptor subtype, and at the same time it is significantly more effective. Over several weeks, the researchers then treated genetically altered mice with the A2A antagonist. The mice had an altered tau protein which, without therapy, leads to the early development of Alzheimer's symptoms.

In comparison to a control group which only received a placebo, the treated animals achieved significantly better results on memory tests. The A2A antagonist displayed positive effects in particular on spatial memory. Also, an amelioration of the pathogenic processes was demonstrated in the hippocampus, which is the site of memory in rodents.

"We have taken a good step forward," says Prof. Müller. "The results of the study are truly promising, since we were able to show for the first time that A2A adenosine receptor antagonists actually have very positive effects in an animal model simulating hallmark characteristics and progression of the disease. And the adverse effects are minor."

The researchers now want to test the A2A antagonist in additional animal models. If the results are positive, a clinical study may follow. "Patience is required until A2A adenosine receptor antagonists are approved as new therapeutic agents for Alzheimer's disease. But I am optimistic that clinical studies will be performed," says Prof. Müller.
on April 07, 2014