These Aren’t The Voids You’re Looking For: Astronomers Find Faint Strings Of Galaxies Inside Empty Space

Australian astronomers have shown galaxies in the vast empty regions of the Universe are actually aligned into delicate strings in research published today in the Monthly Notices of the Royal Astronomical Society.

A team of astronomers based at The University of Western Australia node of the International Centre for Radio Astronomy Research (ICRAR) has found short strings of faint galaxies in what were previously thought to be extremely empty parts of space.

The Universe is full of vast collections of galaxies that are arranged into an intricate web of clusters and nodes connected by long strings. This remarkably organized structure is often called the ‘cosmic web’, with busy intersections of galaxies surrounding vast spaces, empty of anything visible to us on Earth.

“The spaces in the cosmic web are thought to be staggeringly empty,” said Dr Mehmet Alpaslan, who led the research. “They might contain just one or two galaxies, as opposed to the hundreds that are found in big clusters.” 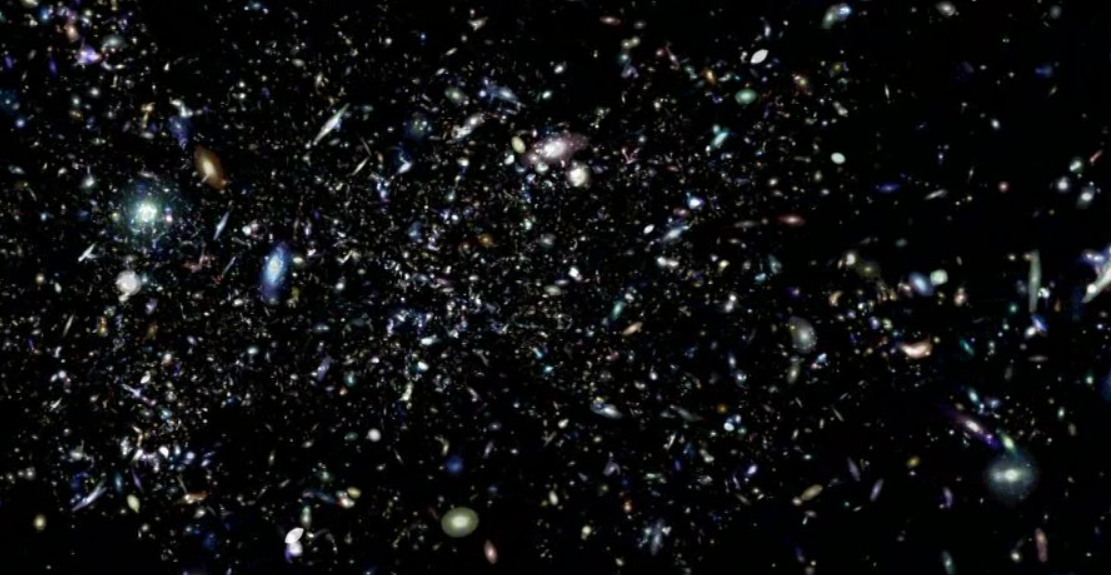 These huge, empty regions are called voids, and for years, astronomers have been trying to understand the small population of galaxies that inhabit them.

Using data from the Galaxy and Mass Assembly (GAMA) survey, Alpaslan and his colleagues found that the small number of galaxies inside these voids are arranged in a new way never seen before.

“We found small strings composed of just a few galaxies penetrating into the voids, a completely new type of structure that we’ve called ‘tendrils’,” said Alpaslan.

To discover tendrils, the GAMA team created the largest ever galaxy census of the southern skies using observations from the Anglo-Australian Telescope in NSW, Australia.

“Our new catalogue has looked deeper into space and mapped each patch of sky up to ten times to make sure it’s as thorough as possible,” said Dr Aaron Robotham from The University of Western Australia node of ICRAR.

“We weren’t sure what we’d find when we looked at voids in detail, but it was amazing to find so many of these tendrils lurking in regions that have previously been classified as empty,” said Robotham.

The GAMA team plan to catalogue more tendrils for further study as their detailed map of the Universe expands.

The Galaxy and Mass Assembly (GAMA) survey is an international collaboration to map the Universe led by Professor Simon Driver at ICRAR.