The Stubborn Mystery Of What Lives In Our Mouths

Scientists have pieced together sections of DNA from 12 individual cells to sequence the genome of a bacterium known to live in healthy human mouths.

With this new data about a part of the body considered “biological dark matter,” the researchers were able to reinforce a theory that genes in a closely related bacterium could be culprits in its ability to cause severe gum disease.

Why the dark matter reference? More than 60 percent of bacteria in the human mouth refuse to grow in a laboratory dish, meaning they have never been classified, named or studied. The newly sequenced bacterium,Tannerella BU063, is among those that to date have not successfully been grown in culture – and its genome is identified as “most wanted” by the Human Microbiome Project. 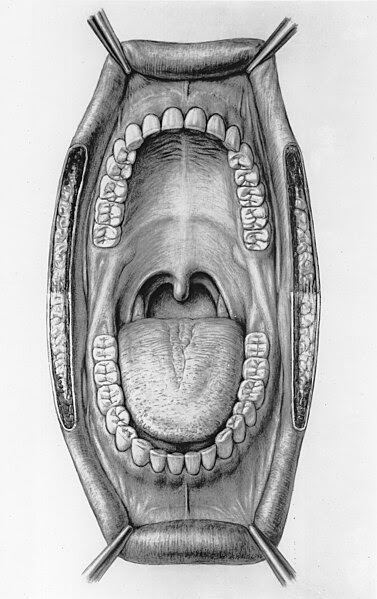 The federal Human Microbiome Project aims to improve research about the microbes that play a role in health and disease. Those 12 cells of BU063 are a good example of the complexity of life in the mouth: They came from a single healthy person but represented eight different strains of the bacterium.

BU063 is closely related to the pathogenTannerella forsythia, a bacterium linked to the gum disease periodontitis. Despite being “cousins,” this research revealed that they have clear differences in their genetic makeup.

Those genes lacking in BU063 but present inforsythia – meaning they are a likely secret behindforsythia’s virulence – are now identified as good targets for further study, researchers say.

“One of the tantalizing things about this study was the ability to do random searches of other bacteria whose levels are higher in periodontitis,” said Clifford Beall, research assistant professor of oral biology at The Ohio State University and lead author of the study. “We looked for genes that were present in these bacteria and forsythia and not in BU063. There is one particular gene complex in a whole list of these periodontitis-related bacteria that could be involved with virulence.”

The research is published in the journal PLOS ONE.

Periodontitis results when extensive inflammation or infection of the gums spreads beyond the gums to damage structures that support the teeth, including bone. Pockets that form between the gums and teeth are filled with different kinds of bacteria. Treatment typically involves deep cleaning or surgery to remove these infected pockets. Because multiple bacteria are associated with the disease, antibiotics have not been considered effective for treatment.

And though many bacteria in these pockets have been collected and at least partially identified, their characteristics remain a mystery.

“We think some of the gene differences we’ve found in this study are important, but it’s still not clear what all these genes do, meaning we still don’t know why certain bacteria in periodontitis are pathogenic in the first place. Basically the circumstances surrounding periodontitis aren’t very well understood,” Beall said.

“There are a lot of different bacteria that are higher in periodontitis lesions, but we don’t see every one of those bacteria in every case of periodontitis. So it’s hard to see a drug affecting one bacteria being very successful.”

Beall’s colleagues at the Oak Ridge National Laboratory collected a sample of oral material from under the gums of a single healthy person for this study. There, researchers sorted out 12 single BU063 bacterial cells and created extra copies of each cell’s DNA before sending them to Beall at Ohio State.

Beall sequenced the genomes of all 12 cells and, using genome segments from single or groups of cells, constructed an entire genome for BU063.

Completing that genome was a feat in itself, but the larger purpose was learning more about forsythia, he noted. This pathogenic bacterium can be grown in the lab and tested against mammal and human cells, but the reason behind its virulence hasn’t been confirmed.

The scientists discovered that whileBU063’s genome is more similar toforsythia’s than any other known genome, the two have a 44 percent difference in gene content.

This research also supported an existing theory that three genes could be related to forsythia’s ability to cause disease because these genes are missing from BU063. Two have potential to damage tissue and inactivate the immune response and the third is a cell-surface molecule that interacts with human cells.

In a comparison with additional organisms linked to chronic periodontitis, Beall also identified a gene cluster present in forsythia and these other pathogens that is missing from the BU063 genome.

The findings contribute to the Human Microbiome Project, which initially focused on characterizing microbial communities in the mouth as well as other areas of the body.

Beall noted that he was surprised to find that the 12 cells from a single mouth represented eight different strains of the BU063 species of bacteria.

“We expect people to have 150 to 200 species of bacteria in their mouths, but they may have all these layers underneath of 20 little variants – at least it’s a possibility based on this organism,” he said. “This may go to show that our microbiome is even more complicated than we’ve previously thought.”

Co-authors include Daniel Dayeh and Eugene Leys of oral biology and Ann Griffen of pediatric dentistry and community oral health, all in Ohio State’s College of Dentistry, and Alisha Campbell (now at Northwest Missouri State University) and Mircea Podar of Oak Ridge National Laboratory and the University of Tennessee.