The Origins Of Life On Earth

How life arose from the toxic and inhospitable environment of our planet billions of years ago remains a deep mystery. Researchers have simulated the conditions of an early Earth in test tubes, even fashioning some of life's basic ingredients. But how those ingredients assembled into living cells, and how life was first able to generate energy, remain unknown.

Laurie Barge of NASA's Jet Propulsion Laboratory, Pasadena, Calif., is seen here with a version of one of her team's fuel cells. They use the fuel cells to study the chemical processes thought to have given rise to life on Earth, and possibly other planets. 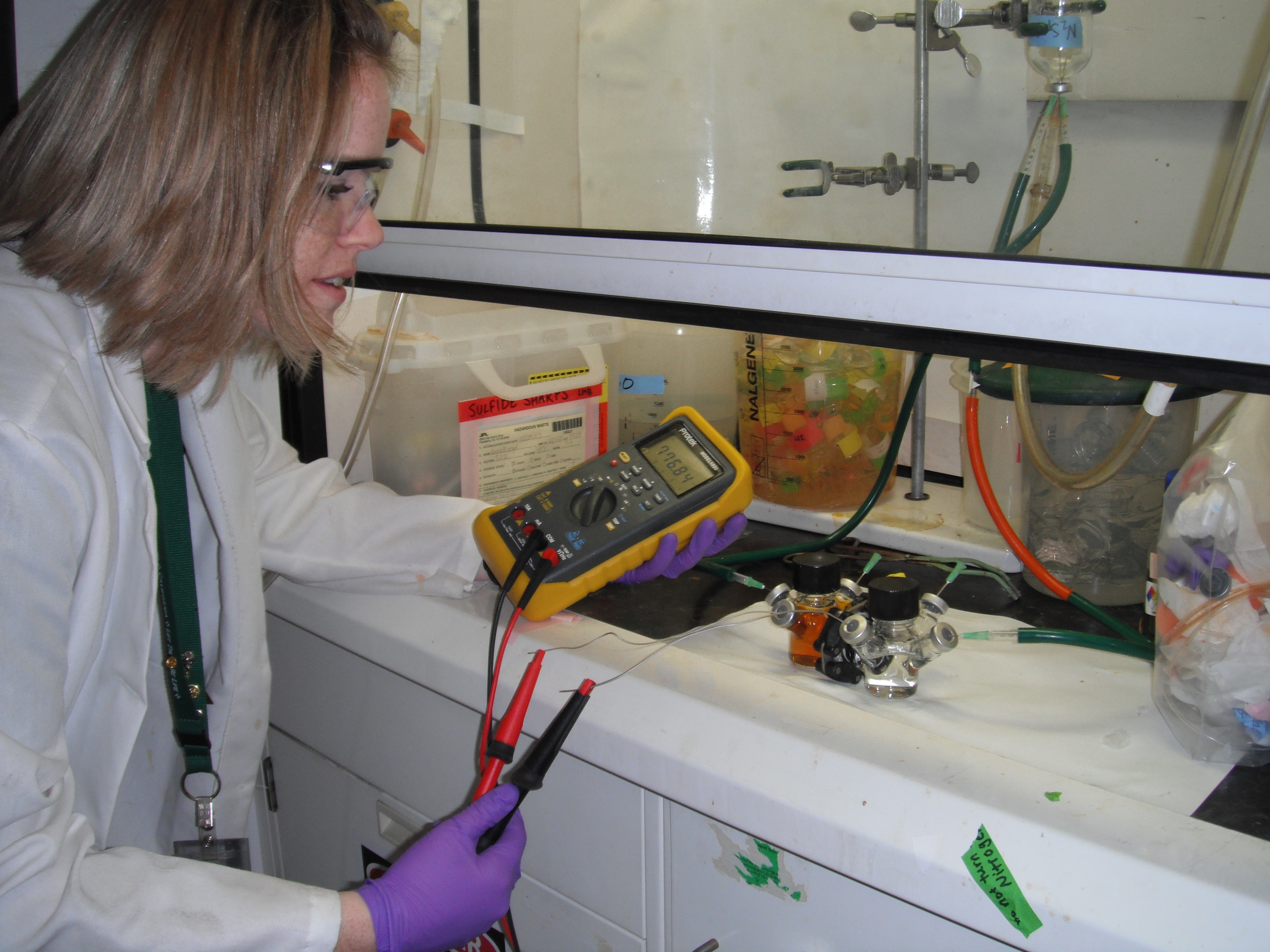 Fuel cells are found in specialized cars, planes and NASA's human spacecraft, such as the now-retired space shuttle. The cells are similar to batteries in generating electricity and power, but they require fuel, such as hydrogen gas. In the new study, the fuel cells are not used for power, but for testing chemical reactions thought to have led to the development of life.

"Something about Earth led to life, and we think one important factor was that the planet provides electrical energy at the seafloor," said Barge. "This energy could have kick-started life -- and could have sustained life after it arose. Now, we have a way of testing different materials and environments that could have helped life arise not just on Earth, but possibly on Mars, Europa and other places in the solar system."

Dr Terry Kee explains how hydrothermal vents on the ocean floor - where biological life may have first emerged on the early Earth - acts in a similar way to a fuel cell.

Barge is a member of the JPL Icy Worlds team of the NASA Astrobiology Institute, based at NASA's Ames Research Center in Moffett Field, Calif. The team's paper appears online March 13 in the journal Astrobiology.

One of the basic functions of life as we know it is the ability to store and use energy. In cells, this is a form of metabolism and involves the transfer of electrons from one molecule to another. The process is at work in our own bodies, giving us energy.

Fuel cells are similar to biological cells in that electrons are also transferred to and from molecules. In both cases, this results in electricity and power. In order for a fuel cell to work, it needs fuel, such as hydrogen gas, along with electrodes and catalysts, which help transfer the electrons. Electrons are transferred from an electron donor (such as hydrogen) to an electron acceptor (such as oxygen), resulting in current. In your cells, metal-containing enzymes -- your biological catalysts -- transfer electrons and generate energy for life.

In the team’s experiments, the fuel cell electrodes and catalysts are made of primitive geological material thought to have existed on early Earth. If this material can help transfer electrons, the researchers will observe an electrical current. By testing different types of materials, these fuel cell experiments allow the scientists to narrow in on the chemistry that might have taken place when life first arose on Earth.

"What we are proposing here is to simulate energetic processes, which could bridge the gap between the geological processes of the early Earth and the emergence of biological life on this planet," said Terry Kee from the University of Leeds, England, one of the co-authors of the research paper.

"We're going back in time to test specific minerals such as those containing iron and nickel, which would have been common on the early Earth and could have led to biological metabolism," said Barge.

The researchers also tested material from little lab-grown "chimneys," simulating the huge structures that grow from the hydrothermal vents that line ocean floors. These "chemical gardens" are possible locations for pre-life chemical reactions.

When the team used material from the lab-grown chimneys in the fuel cells, electrical currents were detected. Barge said that this is a preliminary test, showing that the hydrothermal chimneys formed on early Earth can transfer electrons – and therefore, may drive some of the first energetic reactions leading to metabolism.

The experiments also showed that the fuel cells can be used to test other materials from our ancient Earth. And if life did arise on other planets, those conditions can be tested, too.

"We can just swap in an ocean and minerals that might have existed on early Mars," said Barge. "Since fuel cells are modular -- meaning, you can easily replace pieces with other pieces -- we can use these techniques to investigate any planet’s potential to kick-start life."

At JPL, fuel cells are not only for the study of life, but are also being developed for long-term human space travel. Hydrogen fuel cells can produce water, which can be recycled and used as fuel again. Researchers are experimenting with these advanced regenerative fuel cells, which are highly efficient and offer long-lasting power.

Thomas I. Valdez, who is developing regenerative fuel cells at JPL, said, "I think it is great that we can transition techniques used to study reactions in fuel cells to areas such as astrobiology."

JPL is managed by the California Institute of Technology in Pasadena for NASA.

For more information about the NASA Astrobiology Institute, visit: http://astrobiology.nasa.gov/nai