By collecting rainwater, students of the Technological University of Mexico (UNITEC) were able to generate electricity using a microturbine and supplying the vital liquid to homes in a poor community in Iztapalapa, in Mexico City. 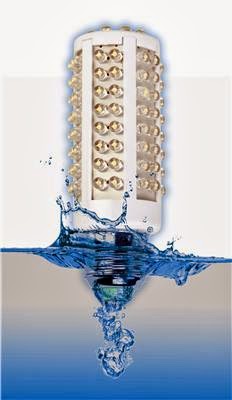 This system is similar to that used in dams, which uses rainwater to rotate a microturbine and generate electricity. Currently, it is only possible to recharge portable 12 volt batteries, whose energy is sufficient to power LED lamps but not to provide power to the entire house.

The system called "Pluvia" collects rain from the roof of the house, where the surface must be adapted so the water will flow into a gutter, if unable to modify the ceiling, sheets to simulate a slope are added, routing fluid in one direction, said Omar Enrique Leyva Coca , who developed the project with Romel Brown and Gustavo Rivero Velázquez .

To choose the right pipe, an arithmetic operation that determined the diameter of the tube in relation to the roof area was performed. Thus the liquid reaches the first filter, which is responsible for separating the water from the first two weeks of the season, which generally contains higher acidity, soil and contaminants, sending it to a storage tank.

Through a pump the necessary water pressure is exerted to drive the microtrubine that was designed with the purpose of generating electricity, which is accumulated in portable rechargeable 12-volt batteries, used to power LED lamps, Coca Leyva added.

Through a half-inch pipe the connection is made so when the microturbine turns, the battery is loaded. The power generator has the shape of a cylinder and its measures do not exceed two inches wide by ten inches high.

After the water passes through the turbine, it is directed to an activated charcoal filter, which removes smells, flavors, colors, and excess. "With this latest filter the liquid is equal to or cleaner than the water in the network supply system of Mexico City," Coca Leyva finished .

This energy can power LED lamps and other small appliances such as refrigerators or table fans that occupy a maximum of 12 volts. However, architecture students at UNITEC are looking to increase the power of both the storage system and the microturbine to supply power and water to more homes.

This "Pluvia" system illustrates the theme "Generation and Transmission of Water and Energy" that is promoted by this year's United Nations World Health Day to be held on March 22.