A new dinosaur species has been estimated up to 10 meters long and weighed 4-5 tons.

A new dinosaur species found in Portugal may be the largest land predator discovered in Europe, as well as one of the largest carnivorous dinosaurs from the Jurassic, according to a paper published in PLOS ONE on March 5, 2014 by co-authors Christophe Hendrickx and Octavio Mateus from Universidade Nova de Lisboa and Museu da Lourinhã


The new dinosaur species is estimated up to 10 meters long and 4-5 tons. 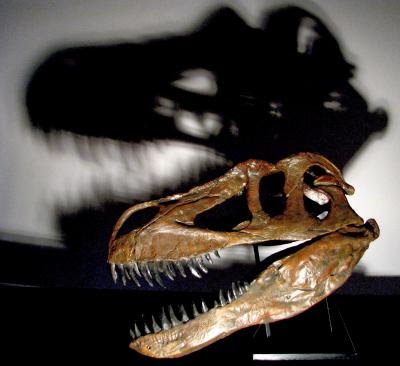 Scientists discovered bones belonging to this dinosaur north of Lisbon. They were originally believed to be Torvosaurus tanneri, a dinosaur species from North America. Closer comparison of the shin bone, upper jawbone, teeth, and partial tail vertebrae suggest to the authors that it may warrant a new species name,Torvosaurus gurneyi.

T. gurneyi had blade-shaped teeth up to 10 cm long, which indicates it may have been at the top of the food chain in the Iberian Peninsula roughly 150 million years ago. The scientists estimate that the dinosaur could reach 10 meters long and weigh around 4 to 5 tons. The number of teeth, as well as size and shape of the mouth, may differentiate the European and the AmericanTorvosaurus. The fossil of the upper jaw of T. tanneri has 11 or more teeth, while T. gurneyi has fewer than 11. Additionally, the mouth bones have a different shape and structure. The new dinosaur is the second species of Torvosaurus to be named. 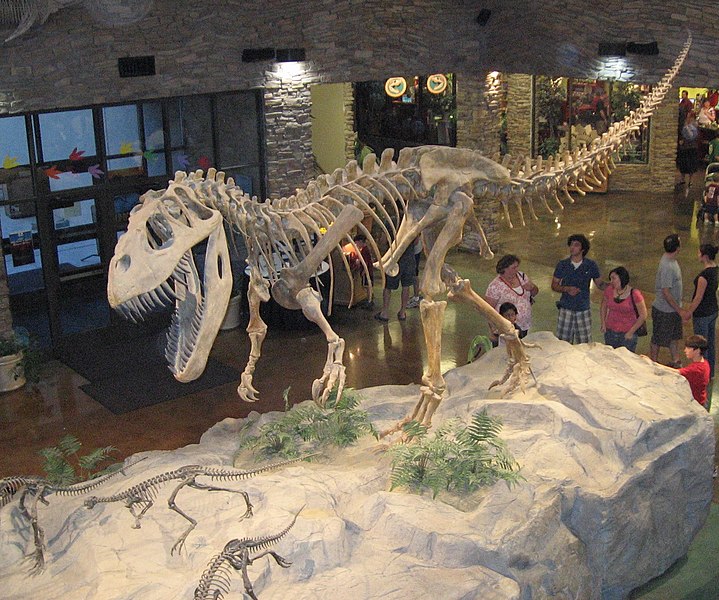 "This is not the largest predatory dinosaur we know. Tyrannosaurus,Carcharodontosaurus, and Giganotosaurus from the Cretaceous were bigger animals," said Christophe Hendrickx. "With a skull of 115 cm, Torvosaurus gurneyi was however one of the largest terrestrial carnivores at this epoch, and an active predator that hunted other large dinosaurs, as evidenced by blade shape teeth up to 10 cm." Fossil evidences of closely related dinosaurs suggest that this large predator may have already been covered with proto-feathers. Recently described dinosaur embryos from Portugal are also ascribed to the new species of Torvosaurus.