New evidence establishes for the first time that Cahokia, a sprawling, pre-Columbian city situated at the confluence of the Missouri and Mississippi rivers, hosted a sizable population of immigrants.

Cahokia was an early experiment in urban life, said Thomas Emerson, who led the new analysis. Emerson is Illinois state archaeologist and the director of the Illinois State Archaeological Survey at the University of Illinois. 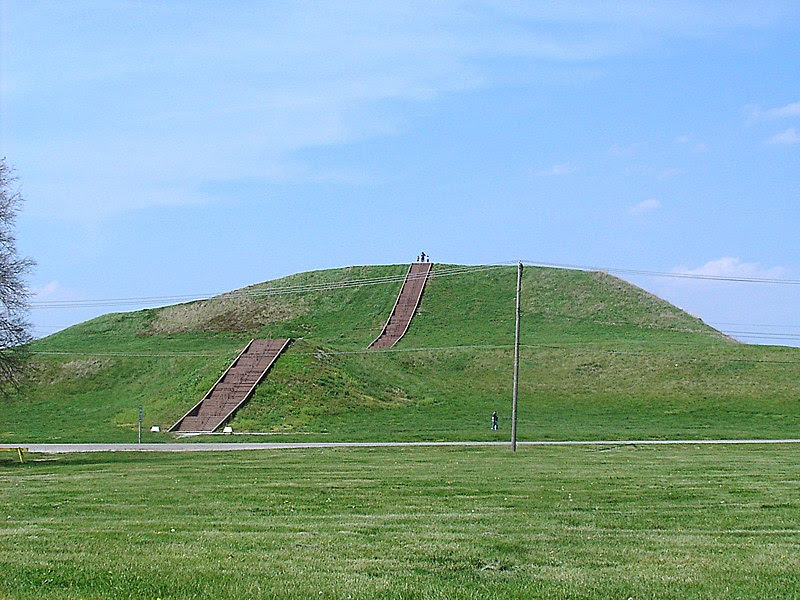 Researchers have traditionally thought of Cahokia as a relatively homogeneous and stable population drawn from the immediate area, he said. "But increasingly archaeologists are realizing that Cahokia at AD 1100 was very likely an urban center with as many as 20,000 inhabitants," he said. "Such early centers around the world grow by immigration, not by birthrate."

The new analysis, reported in the Journal of Archaeological Research, tested the chemical composition of 133 teeth from 87 people buried at Cahokia during its heyday. The researchers looked specifically at strontium isotope ratios in the teeth and in the remains of small mammals from the same area.

"Strontium isotope ratios in rock, soil, groundwater and vegetation vary according to the underlying geology of a region," the researchers wrote. "As an animal eats and drinks, the local strontium isotope composition of the water, plants and animals consumed is recorded in its skeletal tissues." Strontium signatures may not be unique to a location, Emerson said, but the ratios in a person's teeth can be compared to those of plants and animals in the immediate environment.

This small clay vessel was made in eastern Oklahoma but found at Cahokia. In the past it was interpreted as a trade item, but now it seems more likely it was brought by an immigrant who moved to Cahokia in the 12th century.

"Teeth retain the isotopic signature of an individual's diet at various periods of life depending on the tooth type sampled, ranging from in utero to approximately 16 years of age," the researchers wrote. The strontium signature in the teeth can be compared to that of their place of burial, to determine whether the person lived only in that vicinity. Early teeth and later teeth may have different strontium signatures, an indication that the person immigrated.

By analyzing the teeth of those buried in different locations in Cahokia, Emerson, state archaeological survey bioarchaeologist Kristin Hedman and graduate student Philip Slater discovered that immigrants formed one-third of the population of the city throughout its history (from about AD 1050 through the early 1300s).

"This indicates that Cahokia as a political, social and religious center was extremely fluid and dynamic, with a constantly fluctuating composition," Emerson said.

"Cahokia, because it was multiethnic and perhaps even multilingual, must have been a virtual 'melting pot' that fostered new ways of living, new political and social patterns and perhaps even new religious beliefs," he said.

Contacts and sources:
Diana Yates
University of Illinois at Urbana-Champaign
on March 05, 2014