Inspiration has been linked with people at risk of developing bipolar disorder for the first time in a study led by Lancaster University.

For generations, artists, musicians, poets and writers have described personal experiences of mania and depression, highlighting the unique association between creativity and bipolar disorder – experiences which are backed up by recent research. But, until now, the specific links between inspiration - the generation of ideas that form the basis of creative work - and bipolar disorder has received little attention.

Bipolar disorder, also known as manic-depressive illness, is a brain disorder that causes unusual shifts in mood, energy, activity levels, and the ability to carry out day-to-day tasks. Symptoms of bipolar disorder are severe. They are different from the normal ups and downs that everyone goes through from time to time. Bipolar disorder symptoms can result in damaged relationships, poor job or school performance, and even suicide. But bipolar disorder can be treated, and people with this illness can lead full and productive lives. 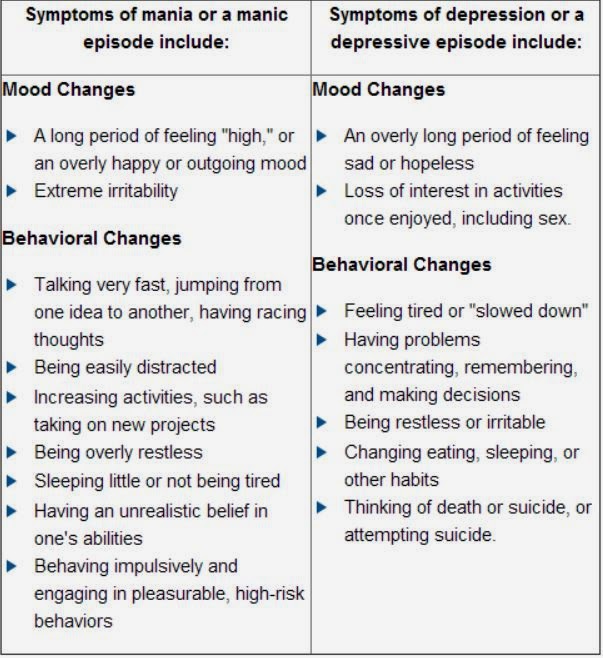 Scientists are studying the possible causes of bipolar disorder. Most scientists agree that there is no single cause. Rather, many factors likely act together to produce the illness or increase risk. Bipolar disorder often develops in a person's late teens or early adult years. At least half of all cases start before age 25. Some people have their first symptoms during childhood, while others may develop symptoms late in life.

New research by Professor by Steven Jones and Dr Alyson Dodd, of Lancaster University, and Dr June Gruber at Yale University, has shown people at higher risk for developing bipolar disorder consistently report stronger experiences of inspiration than those at lower risk.

The paper ‘Development and Validation of a New Multidimensional Measure of Inspiration: Associations with Risk for Bipolar Disorder’, published in PLOS One this week, found a specific link between those people who found their source of inspiration within themselves and risk for bipolar disorder.

Professor Jones, co-director of Lancaster University’s Spectrum Centre, said: “It appears that the types of inspiration most related to bipolar vulnerability are those which are self-generated and linked with strong drive for success.

They were asked to complete a questionaire which measured their bipolar risk using a widely-used and well-validated 48-item measure which captures episodic shifts in emotion, behaviour, and energy called The Hypomanic Personality Scale (HPS).

They also completed a new questionnaire developed by the team which was designed to explore beliefs about inspiration, in particular the sources of inspiration – whether individuals thought it came from within themselves, from others or the wider environment. This measure was called the the EISI (External and Internal Sources of Inspiration) measure.

The students who scored highly for a risk of bipolar also consistently scored more highly than the others for levels of inspiration and for inspiration which they judged to have come from themselves.

Researchers say, although this pattern was consistent, the effect sizes were relatively modest so, although inspiration and bipolar risk are linked, it is important to explore other variables to get a fuller picture and to conduct further research with individuals with a clinical diagnosis of bipolar disorder.

The research team is currently inviting UK-based individuals with a diagnosis of bipolar disorder to take part in an online survey exploring associations between inspiration, mood and recovery. Go to: