Doping In Sports: The Ancient Greeks Did It First, 1904 Olympic Marathon Championed Doped During Race

Doping in sport is nothing new. Ancient Greek athletes used stimulating potions to fortify themselves. Strychnine, caffeine, cocaine, and alcohol were regularly used by cyclists in the 19th century.

Marathon champion Thomas Hicks ran to victory at the 1904 Olympic Games with the help of raw egg, injections of strychnine and doses of brandy administered to him during the race. 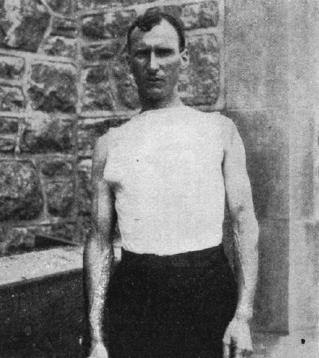 During the 20th century doping became increasingly commonplace, leading not only to unfair competition, but also to the tragic deaths of top athletes. WADA - the World Anti-Doping Agency - was established 15 years ago with the mission of promoting, coordinating and monitoring the fight against doping in sport.

As doping methods and substances become increasingly sophisticated, WADA finds itself obliged to rigorously monitor new innovations under development in the field of medicine. Speaking at the recent European Commission Innovation Convention, Dr. Olivier Rabin, Science Director of WADA was keen to emphasise this point. 'One of our roles is to anticipate what will be in five years or ten years from now. Existing medicines are not usually too much of a problem. More interesting are the drugs in development by the pharmaceutical industry - they may be the cures of tomorrow but some of them may also become the doping agents of tomorrow. This is why we have established collaborative links with the biopharmaceutical industry to facilitate the exchange of information and allow us to receive confidential information to develop the anti-doping tests of tomorrow.'

One method that WADA has for some time had a close eye on, and which has recently gained considerable media attention, is gene doping. Gene doping is the transfer of a gene - known as a transgene - into the body with the purpose of increasing performance. Gene doping was picked up by WADA more than ten years ago as one of the potential threats that sport would face.

Dr. Olivier Rabin noted, 'One example is Erythropoietin (EPO) which is being used by several athletes to boost the production of red blood cells. This is a very good drug for people who are anaemic but it is also being abused by athletes. We know that some athletes could be tempted to have an EPO gene injected in their body which in the end is going to give them more capacity to transfer oxygen to their muscles and so more likely to be performance enhancing. This is something we are looking into very carefully.'

Today gene doping is still today fairly experimental and it's also very risky. There have been patients who have died as part of protocols of gene therapy. Worryingly, according to Dr Rabin, it still doable by almost any average scientist in the field of molecular biology. 'It's a risk that we take very seriously. Some experts that we are working with around the world have been approached by athletes or coaches ready to have their whole team treated with gene therapy, particularly IGF-1. I know one expert who, after he gave a presentation, was flooded by emails and calls asking how the teams could have access to his technology.'

WADA is developing the tools to detect gene doping and other doping methods of the future, in particular tools to facilitate the transfer of information. 'Smart phones may be used as medical devices in the future. Some of them can already be used to measure blood pressure and monitor diabetes. This something that we can think about in terms of anti-doping. It could be as simple as calling an athlete and asking them to put their finger on a device connected to their smart phone so we can draw information that could be potentially extremely useful in terms of detection'.