'Cosmic Barometer' Could Reveal Violent Events In Universe's Past

Scientists have developed a way of reading the universe’s ‘cosmic barometer’ to learn more about ancient violent events in space.

Exploding stars, random impacts involving comets and meteorites, and even near misses between two bodies can create regions of great heat and high pressure. 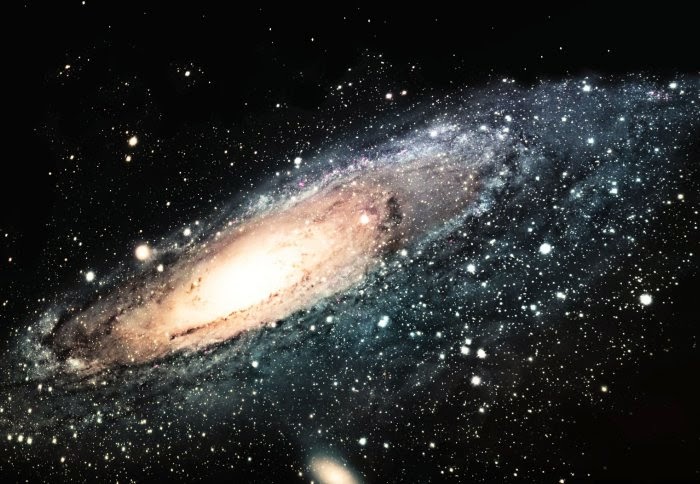 Researchers from Imperial College London have now developed a method for analysing the pressure experienced by tiny samples of organic material that may have been ejected from dying stars before making a long journey through the cosmos. The researchers have investigated a type of aromatic hydrocarbon called dimethylnaphthalene, which should enable them to identify violent events in the history of the universe.

Samples of dimethylnaphthalene are found in meteorites. Previously, scientists have only had the ability to investigate how they have been affected by heat. The Imperial researchers say their method for detecting periods when dimethylnaphthalenes have experienced high pressure will now allow for a much more comprehensive analysis of organic materials.

Dr Wren Montgomery, co-author from the Department of Earth Science and Engineering at Imperial College London, says: “The ability to detect high pressure environments in space has tremendous implications for our ability to learn more about the formation of our solar system and the universe. Dimethylnaphthalenes are like microscopic barometers and thermometers recording changes in pressure and heat as they travel through space. Understanding these changes lets us probe their history, and with that, the history of the galaxy.”

In the study, the researchers placed a sample of dimethylnaphthalene, the width of a human hair, between the vice like grip of two anvils made out of gem-quality diamonds in a laboratory at the Swiss Light Source. They then applied pressure, recreating the type of high pressure environment that dimethylnaphthalene could experience in space. Using an infrared light from the synchrotron at the facility, Dr Montgomery and her colleagues were able to clearly determine the alterations that happen to the molecular structure of dimethylnaphthalene when experiencing high pressure.

The researchers also recreated the experiments at the Paul Scherrer Institut in Switzerland and SOLEIL Synchrotron in France to verify their research.

The next step will see the team carrying out more lab work where they will be subjecting other types of aromatic hydrocarbons to a range of pressures experienced in space. Dimethylnaphthalene may not always be present in rock samples, so the researchers say it is important to build up a comprehensive catalogue of all aromatic hydrocarbons to understand more about high pressure zones.

This catalogue would be used by scientists in the field to detect molecular markers in their samples that indicate a particular pressure range. Combined with data about the mineralogy and chemistry of the space rock that the aromatic hydrocarbons are encased in, scientists could then deduce the types of violent events that the sample may have been exposed to many millions or billions of years ago on its way to Earth.

The team also believe that their new technique could be applied on Mars, potentially using the existing technology on-board roving laboratories such as the one on the Mars Science Laboratory Mission to glean information about sources of organic matter on the red planet. Recognising the pressures recorded in the aromatic hydrocarbons can help to reveal whether it came from processes generated from ancient living organisms.

Professor Mark Sephton, co-author from the Department of Earth Science and Engineering at Imperial, says: “We now have another instrument to add to our celestial toolbox, which will help us to learn more about high pressure environments in space. Massive heat and pressure waves arcing out through space from cataclysmic events leave an indelible record in these cosmic barometers. It is really exciting to know that we now have a technique at our disposal that will help to reveal pivotal moments in the universe’s history.”

The research is published tomorrow in The Astrophysical Journal.


Contacts and sources:
By Colin Smith