Aviation Expert: What Could Have Happened To Malaysia Airlines Flight MH370

The disappearance of Malaysia Airlines flight MH370 – with 239 people on board – is unusual in that two days after the plane lost communication there is no reliable evidence of debris, writes Jason Middleton, Head, School of Aviation at University of New South Wales. 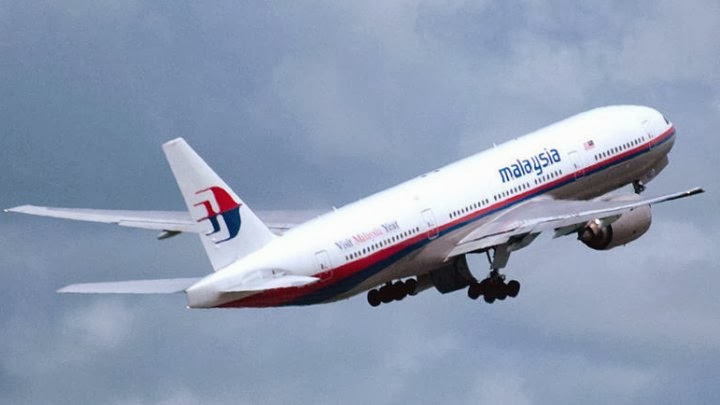 No radio calls were received from the flight crew indicating that the plane had any sort of problem before it disappeared somewhere over the Gulf of Thailand 2:40am local time (5:40am AEDT) on Saturday.

The plane might have suffered catastrophic and immediate destruction, or at least lost all of its electronics and communications. If that was the case, it might have descended rapidly to the sea surface in the general area of its last reported flight location.

But if some systems remained operating so as to allow the pilots to glide down, the area where the plane may have crashed would be much wider.

Assuming a typical gliding angle of say 10:1 from a height of 10 kilometres above sea level, descending in an unknown direction, the possible area of search would be more than 30,000 square kilometres – an area roughly the size of Belgium. That is a vast area to search thoroughly, and is possibly the reason no debris has yet been found.
Probable causes

There are various possible causes:

Pilot error – very unlikely in cruise unless some serious malfunctions occurred (although that was what happened to Air France Flight. AF447)

In the case of the 2009 loss of Air France 447 into the Altantic ocean, pilots received erroneous airspeed data due to icing of instrumentation while the plane, an Airbus A330-200, was flying straight and level.

The pilot(s) responded poorly, and their plane stalled and fell to the sea from nearly 38,000 feet. Poor training was held to be a contributing factor, and the captain was apparently not in the cockpit at the time.

Severe malfunctions such as a double engine failure or inflight structural failure would likely still leave the pilots time to issue a mayday call. With Malaysia Airline flight MH370, it appears that the individual plane, a Boeing B777-200ER, did suffer wing tip damage in a ground collision in 2012, although failure of this repair would appear to be an unlikely cause of communications failure as well.

Even with both engine generators unserviceable, the B777 has back-up emergency power systems, certainly capable of allowing pilots to transmit a radio call.

So we are left with the conclusion that all radio systems were rendered unserviceable. In addition the B777 is equipped with ACARS (Aircraft Communications Addressing and Reporting System) that would have allowed the crew to send a “text” message back to base.

Aeroplane and base ACARS systems are not usually in constant communication as this increases the costs for satellite communication substantially. So we are left with the probability that all major electronics systems were disabled, to the extent that no communications were possible, and the aeroplane could not continue to fly.

What might cause this? Maybe an explosion and/or fire in the electronics compartment because of electronics failures, but how this might occur is not at all obvious.

A fourth possibility is illegal interference, and the passengers holding false passports might be complicit, or might be irrelevant.

But even with bad intent, some planning would be necessary. A terrorist passenger might have packed sufficient plastic explosives, then set these off in the area just rear of the cockpit, with the result being both loss of systems and possibly pilots.

Explosives in the cargo compartment or in checked baggage also cannot be ruled out. As of the time of writing, no group appears to have claimed responsibility.

So now what happens? All of the above possibilities and some I have not thought of here will be considered in minute detail by the accident investigators. The Gulf of Thailand is less than 100 metres deep in the region of the flight path, so finding the wreckage in the ocean may take some time, but will be straightforward.

The so-called “black box” flight data recorder (it is actually orange in colour) will have recorded the entire flight data from the departure gate at Kuala Lumpur, and will most likely be found intact, with readable data.

It is capable of withstanding far greater depths than 100m, and of withstanding fires and even a mild explosion. It has internal battery power, and will emit sonar “pings” to enable location under water.

The Cockpit Voice Recorder (CVR), also water-proof and having a locator pinger, will have recorded the last minutes of conversation between the pilots, and will also be recovered. Together with detailed forensic studies of all retrieved components, the accident investigators will be able to reconstruct the physical cause of the accident.

With international law enforcement on the case, it is most likely that any illegal activities will ultimately be uncovered. The meta-data bases of telephone contacts that we consider to be a major intrusion on our privacy may in fact prove to be highly valuable here.

While the Malaysian accident investigators will lead the investigation, many stakeholders will contribute by providing specialists, including Malaysia Airlines, Boeing Airplane Company, Rolls Royce and Honeywell. Ultimately the truth will emerge, and hopefully the causes of the tragedy will provide important lessons to make flying even safer in future.

Written by Jason Middleton
Head, School of Aviation at University of New South Wales
The Conversation
on March 12, 2014