Starting Atmospheric Geoengineering, Then Stopping, Would Speed Up Global Warming

Spraying reflective particles into the atmosphere to reflect sunlight and then stopping it could exacerbate the problem of climate change, according to new research by atmospheric scientists at the University of Washington.

Carrying out geoengineering for several decades and then stopping would cause warming at a rate that will greatly exceed that expected due to global warming, according to a study published Feb. 18 in Environmental Research Letters. 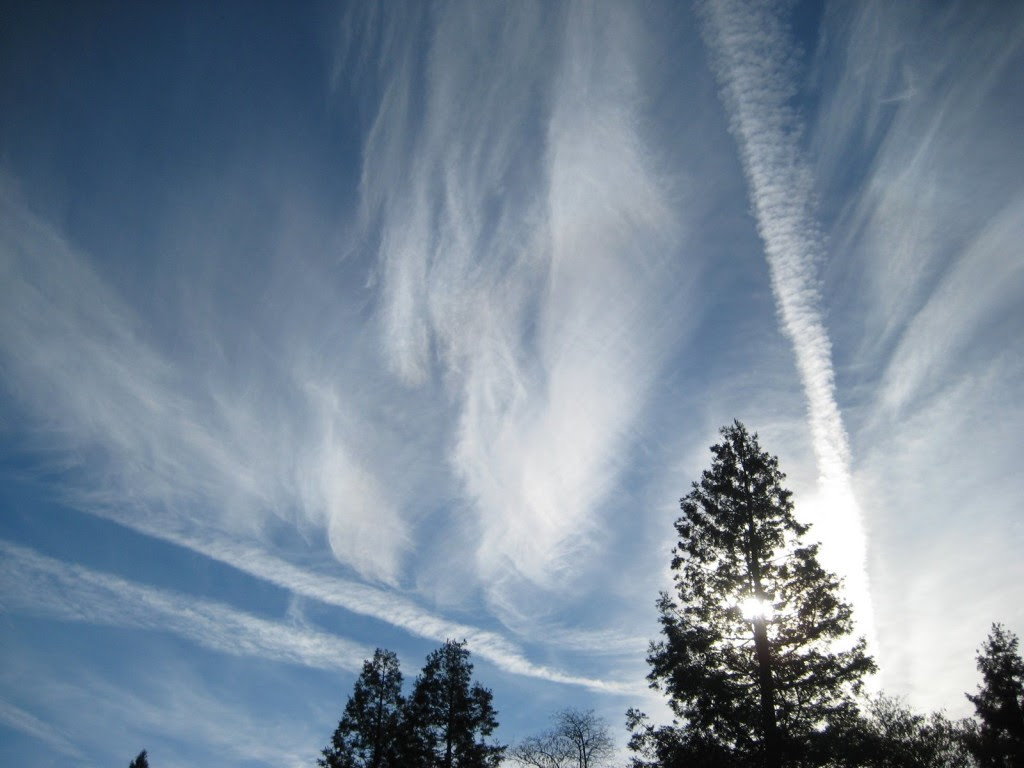 “The absolute temperature ends up being roughly the same as what it would have been, but the rate of change is so drastic, that ecosystems and organisms would have very little time to adapt to the changes,” said lead author Kelly McCusker, who did the work for her UW doctoral thesis.

The study looks at solar radiation management, a proposed method of geoengineering by spraying tiny sulfur-based particles into the upper atmosphere to reflect sunlight. This is similar to what happens after a major volcanic eruption, and many experts believe the technique is economically and technically feasible. But continuous implementation over years depends on technical functioning, continuous funding, bureaucratic agreement and lack of negative side effects.

The UW team used a global climate model to show that if an business-as-usual emissions pathway is followed up until 2035, allowing temperatures to rise 1°C above the 1970-1999 mean, and then geoengineering is implemented for 25 years and suddenly stopped, global temperatures could rise by 4°C in the following three decades, a rate more than double what it would have been otherwise, and one that exceeds historical temperature trends.

“The rate of standard projected global warming alone is going to be really detrimental to a lot of organisms, so if you increase that by a factor of 2 to 3, then those organisms are going to have an even harder time adapting or migrating,” said McCusker, now a postdoctoral researcher at the University of Victoria in Canada.

The results build on recent work led by British researchers pointing to the risk of implementing and then stopping geoengineering. That study compared several climate models, showing that the result is not specific to any one model. The UW researchers used a single model with a more realistic scenario, where instead of simply decreasing the strength of the sun they actually simulated sulfate particles to stabilize the temperature, allowing a more precise look at the spatial and seasonal pattern of the response.

“The changes that will be needed to adapt to a warmer climate are really profound,” said co-author David Battisti, a UW professor of atmospheric sciences. “The faster the climate changes, the less time farmers have to develop new agricultural practices, and the less time plants and animals have to move or evolve.”

Temperatures and precipitation. Red shows the business-as-usual scenario, blue shows geoengineering, and the yellow line is after stopping geoengineering.

The total amount of warming after stopping geoengineering would be largest in winter near the poles, but compared to typical historical rates of change they found that changes would be most extreme in the tropics in summertime, where there is usually very little temperature variation.

“According to our simulations, tropical regions like South Asia and sub-Saharan Africa will be hit particularly hard, the very same regions that are home to many of the world’s most food-insecure populations,” McCusker said. “The potential temperature changes also pose a severe threat to biodiversity.”

The researchers looked at different variables and found that the rate of warming is largely determined by the length of time that geoengineering is deployed and the amount of greenhouse gases emitted during that time, rather than by how sensitive the climate is to changes in greenhouse-gas concentrations.

“If we must geoengineer, it does not give us an excuse to keep emitting greenhouse gases,” McCusker said. “On the contrary, our results demonstrate that if geoengineering is ever deployed, it’s imperative that greenhouse gases be reduced at the same time to reduce the risk of rapid warming.”

The research was funded by the Tamaki Foundation, the National Science Foundation and the James S. McDonnell Foundation. Other co-authors are Cecilia Bitz, a UW professor of atmospheric sciences, and Kyle Armour, a former UW doctoral student now at the Massachusetts Institute of Technology.


Contacts and sources:
Hannah Hickey
University of Washington
on February 18, 2014