Generating electricity is not the only way to turn sunlight into energy we can use on demand. The sun can also drive reactions to create chemical fuels, such as hydrogen, that can in turn power cars, trucks and trains. 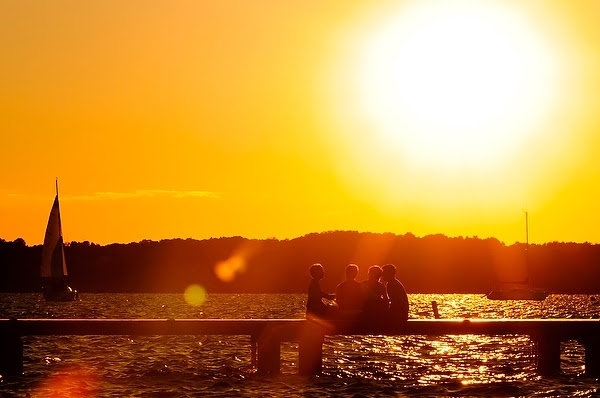 The trouble with solar fuel production is the cost of producing the sun-capturing semiconductors and the catalysts to generate fuel. The most efficient materials are far too expensive to produce fuel at a price that can compete with gasoline.

"In order to make commercially viable devices for solar fuel production, the material and the processing costs should be reduced significantly while achieving a high solar-to-fuel conversion efficiency," says Kyoung-Shin Choi, a chemistry professor at the University of Wisconsin–Madison.

"Without fancy equipment, high temperature or high pressure, we made a nanoporous semiconductor of very tiny particles that have a high surface area," says Choi, whose work is supported by the National Science Foundation. "More surface area means more contact area with water, and, therefore, more efficient water splitting."

Bismuth vanadate needs a hand in speeding the reaction that produces fuel, and that's where the paired catalysts come in.

Choi and Kim exploited a pair of cheap and somewhat flawed catalysts — iron oxide and nickel oxide — by stacking them on the bismuth vanadate to take advantage of their relative strengths.

"Combining this cheap catalyst duo with our nanoporous high surface area semiconductor electrode resulted in the construction of an inexpensive all oxide-based photoelectrode system with a record high efficiency," Choi says.

She expects the basic work done to prove the efficiency enhancement by nanoporous bismuth vanadate electrode and dual catalyst layers will provide labs around the world with fodder for leaps forward.

"Other researchers studying different types of semiconductors or different types of catalysts can start to use this approach to identify which combinations of materials can be even more efficient," says Choi, whose lab is already tweaking their design. "Which some engineering, the efficiency we achieved could be further improved very fast."


Contacts and sources:
Kyoung-Shin Choi
University of Wisconsin-Madison
on February 21, 2014