Researchers have identified a polio-like syndrome in a cluster of children from California over a one-year period, according to a case report released today that will be presented at the American Academy of Neurology's 66th Annual Meeting in Philadelphia, April 26 to May 3, 2014.

"Although poliovirus has been eradicated from most of the globe, other viruses can also injure the spine, leading to a polio-like syndrome," said case report author Keith Van Haren, MD, with Stanford University in Palo Alto, Calif., and a member of the American Academy of Neurology. Van Haren also works with co-author Emanuelle Waubant, MD, University of California, San Francisco. "In the past decade, newly identified strains of enterovirus have been linked to polio-like outbreaks among children in Asia and Australia. These five new cases highlight the possibility of an emerging infectious polio-like syndrome in California."

Polio is a contagious disease that sometimes caused paralysis. The United States experienced a polio epidemic in the 1950s, until a vaccine was introduced.

Van Haren said he and his colleagues noticed several of these cases at their medical centers and decided to look for similar cases in California. They reviewed all polio-like cases among children who had samples referred to California's Neurologic and Surveillance Testing program from August 2012 to July 2013. Cases were included in the analysis if the children had paralysis affecting one or more limbs with abnormal MRI scans of the spinal cord that explained the paralysis. They did not include children who met criteria for Guillain-Barré syndrome and botulism, which can cause similar symptoms. 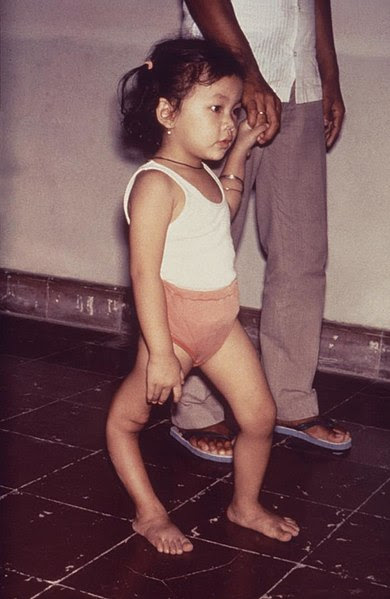 The five children experienced paralysis of one or more arms or legs that came on suddenly and reached the height of its severity within two days of onset. Three of the children had a respiratory illness before the symptoms began. All of the children had been previously vaccinated against poliovirus.

The children were treated but their symptoms did not improve and they still had poor limb function after six months. Two children tested positive for enterovirus-68, a rare virus previously associated with polio-like symptoms. No cause was identified in the remaining three children.

"Our findings have important implications for disease surveillance, testing and treatment," said Van Haren. "We would like to stress that this syndrome appears to be very, very rare. Any time a parent sees symptoms of paralysis in a child, the child should be seen by a doctor right away."

The case report was supported by the McHugh/Sprague Award from the Lucile Packard Foundation.