Misconceptions Of Science And Religion Found In New Study

The public's view that science and religion can't work in collaboration is a misconception that stunts progress, according to a new survey of more than 10,000 Americans, scientists and evangelical Protestants. The study by Rice University also found that scientists and the general public are surprisingly similar in their religious practices.

The study, "Religious Understandings of Science (RUS)," was conducted by sociologist Elaine Howard Ecklund and presented today in Chicago during the annual American Association for the Advancement of Science (AAAS) conference. Ecklund is the Autrey Professor of Sociology and director of Rice's Religion and Public Life Program.

Ecklund is the Autrey Professor of Sociology and director of Rice University's Religion and Public Life Program. 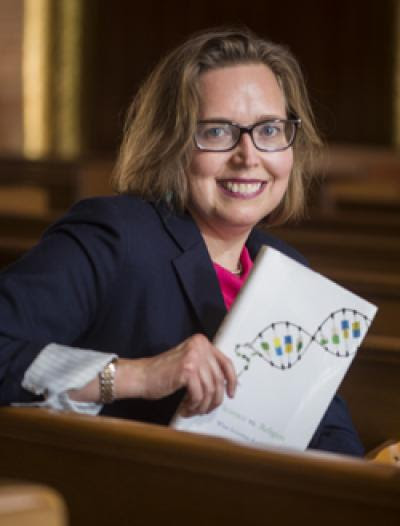 "This is a hopeful message for science policymakers and educators, because the two groups don't have to approach religion with an attitude of combat," Ecklund said. "Rather, they should approach it with collaboration in mind."

Ecklund said that the way the science-religion relationship is portrayed in the news media influences the misperception.

"Most of what you see in the news are stories about these two groups at odds over the controversial issues, like teaching creationism in the schools. And the pundits and news panelists are likely the most strident representatives for each group," she said. "It might not be as riveting for television, but consider how often you see a news story about these groups doing things for their common good. There is enormous stereotyping about this issue and not very good information."

Ecklund noted that portions of the two groups are likely to stay put in their oppositional camps. As an example, she found that evangelical Protestants are twice as likely as the general population (11 percent) to consult a religious text or religious leader for questions about science.

Ecklund found another counterintuitive result in the survey. The conventional wisdom is that religious people who work in science will have more doubts about their faith, but the survey revealed the opposite: Evangelical scientists practice religion more than evangelical Protestants in the general population.

"Those scientists who identify as evangelical are more religious than regular American evangelicals who are not in science," Ecklund said.

"Evangelical scientists feel that they've been put under pressure or they find themselves in what they view to be more hostile environments," she said. "They potentially see themselves as more religious, because they're seeing the contrast between the two groups all the time."

RUS is the largest study of American views on religion and science. It includes the nationally representative survey of more than 10,000 Americans, more than 300 in-depth interviews with Christians, Jews and Muslims -- more than 140 of whom are evangelicals -- and extensive observations of religious centers in Houston and Chicago.

The study is being provided to the AAAS Dialogue on Science Ethics and Religion program to help foster dialogue between religious groups and scientists.

Email ThisBlogThis!Share to TwitterShare to FacebookShare to Pinterest
Labels: Life, Science And Religion